Nigerian Lawmakers Got 15 Percent of 774,000 Jobs but Want More - Minister 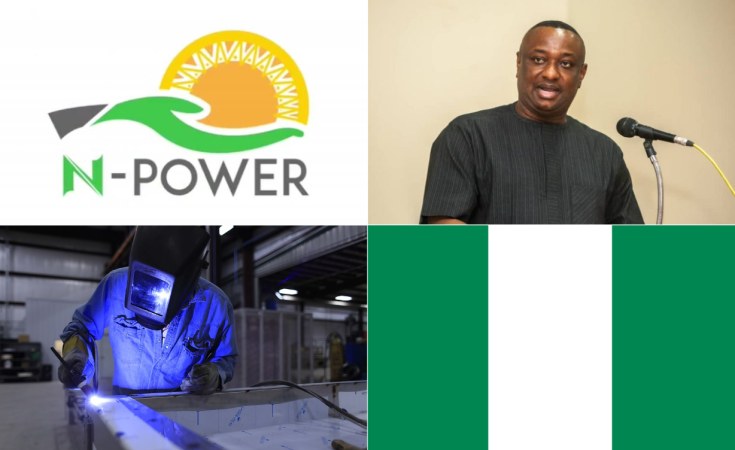 While Nigerians have been told to get set for massive recruitment of about 774,000 unemployed and unskilled workers, 15 per cent of the jobs (116,100) have already been allocated to lawmakers, a minister said.

Festus Keyamo, the minister of state for labour, added that the lawmakers were still not satisfied with what they were given.

"They still want to hijack the entire the programme, taking over the power of the president in the process," Mr Keyamo told journalists after a stormy session with lawmakers on Tuesday in Abuja.

PREMIUM TIMES earlier reported the clash between Mr Keyamo and the lawmakers at a meeting he had with the Joint Committee of the National Assembly on Employment and Labour.

The meeting was aimed at discussing the progress of the planned employment of 774,000 Nigerians by the federal government.

The National Assembly had in the 2020 budget appropriated N52 billion for the Special Public Works Programme aimed at employing 774,000 citizens, a thousand from each of the 774 local government areas in the country.

Mr Keyamo had on May 28 unveiled details of the federal government's plan to employ at least 1,000 persons from each of the 774 local government areas in the country.

The initiative, he said, will start October 1 and each beneficiary will be paid N20,000 monthly to carry out public works.

Mr Keyamo provided more details of the programme, saying each state will have a committee to choose those to be employed and the jobs they will perform.

He said political leaders in all areas will be allowed to select not more than 10 per cent of the beneficiaries in their areas.

"Consequently and in the exercise of my powers as Supervising Minister under Section 16 (1) of the NDE Act, I inaugurated a Special Inter-ministerial Committee on the Extended Special Public Works on Wednesday, 29th April 2020," the minister said. "This Committee sat for some weeks and in their collaborative capacity, they have proposed a list of projects within their Ministries that may require the intervention of the Public Works Programme. Over 3,000 projects and 42,000 Manpower are being proposed by them. In a Steering capacity, the Committee has also made certain recommendations to me.

"Having reviewed all the recommendations of this Inter-ministerial Committee, I believe that the selection of the beneficiaries and projects should be a local affair and not be done from a room in Abuja. Consequently, in line with Section 16(1) of the N.D.E Act, I have decided to constitute special committees in each State of the Federation for the purpose of deliberating, selecting and recommending to my office the names of the 1,000 persons from each of the Local Government Areas in the States to be engaged for this programme.

"The Committees would also identify the projects to be executed in those L.G.As. These special committees would be known as the State Selection Committees of the Special Public Works (SPW). It shall be a 20-member Committee ... "