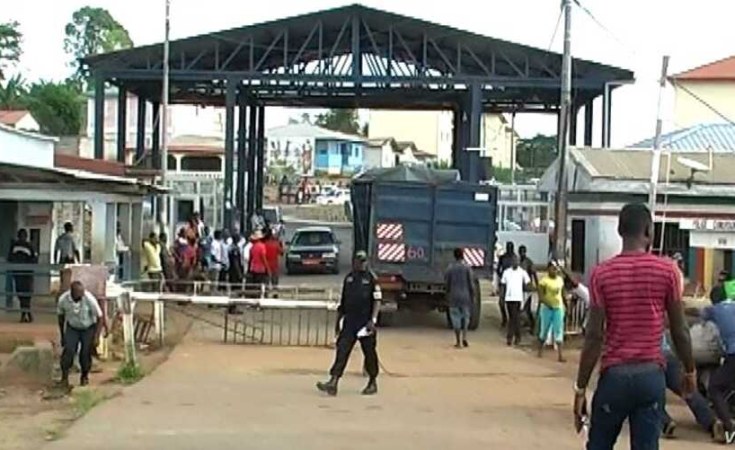 Equatorial Guinea has agreed to pause the construction of a controversial border wall with Cameroon after talks between the two countries’ defense ministers in Yaoundé.  The two sides also agreed once again to withdraw troops from their disputed border after deadly clashes left at least seven people dead. An agreement earlier this month to withdraw forces failed to hold and some border traders are skeptical of this latest pact.

After a second day of closed-door meetings in Cameroon, Equatorial Guinea’s Defense Minister Leandro Bekale Nkogo said the two sides agreed to set aside their differences.

He says troops from the two countries that have been deployed to the border will return to their barracks and only come out to protect their civilians in times of crisis.  Nkogo says Cameroon and Equatorial Guinea will henceforth jointly combat their common enemies, who are poachers, pirates resurfacing in the Gulf of Guinea, and armed groups attacking and looting civilians in both countries.

Nkogo said as neighbors, Cameroon and Equatorial Guinea need each other for their security and development.

Cameroon deployed its army to stop what it called an intrusion of border markers, leading to armed conflicts and casualties.

An agreement earlier this month to pull back troops, and jointly demarcate the border, apparently failed.

Cameroon says at least seven of its civilians were killed in border clashes that followed in the southwestern town of Kye-Ossi.

But Cameroon’s Defense Minister Joseph Beti Assomo on Tuesday said both sides were firm in seeking an end the border tensions.

He says the wish of Cameroon’s President Paul Biya is to see Cameroon and Equatorial Guinea become the true brotherly and friendly nations that they were at the dawn of independence.  He says both countries have sociological, cultural and geographic relations that should encourage the people of the two states to live in peace and harmony.

Despite the agreements Monday, not all traders along the border were convinced that the skirmishes will end.

40-year-old Cameroonian merchant Angelica Amende, who buys wine from Equatorial Guinea to sell back home, doubts the border dispute can soon be resolved.

She says she does not think there is a political will to solve the crisis on Cameroon’s border with Equatorial Guinea.  She says it is not the first-time high-profile delegations have met on the instructions of the two heads of state and the border crisis is yet to end.

Equatorial Guinea has often accused Cameroon of not doing enough to stop its citizens and other West Africans from crossing the border illegally.

In 2017, Equatorial Guinea sealed its border with Cameroon for six months after authorities on both sides arrested heavily armed foreigners and accused them plotting to overthrow Obiang.

The two countries’ leaders are Africa’s longest-serving presidents.  Obiang has ruled Equatorial Guinea since 1979, while Biya has ruled Cameroon since 1982.

Cameroon and Equatorial Guinea in 2017 joined four other states in the Central African Economic and Monetary Community (CEMAC) in agreeing to lift visa requirements.

Cameroon, the Central African Republic, Chad, Gabon, and the Republic of Congo have since accused Equatorial Guinea of dragging its feet on allowing the free movement of people and goods. 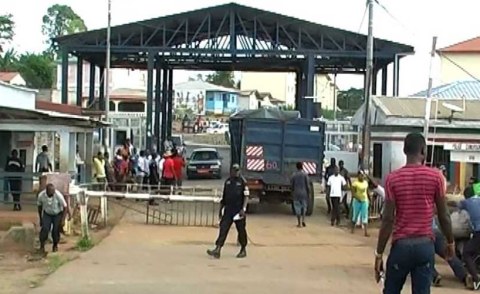 Malabo Halts Construction of Cameroon Border Wall
Tagged:
Copyright © 2020 Voice of America. All rights reserved. Distributed by AllAfrica Global Media (allAfrica.com). To contact the copyright holder directly for corrections — or for permission to republish or make other authorized use of this material, click here.