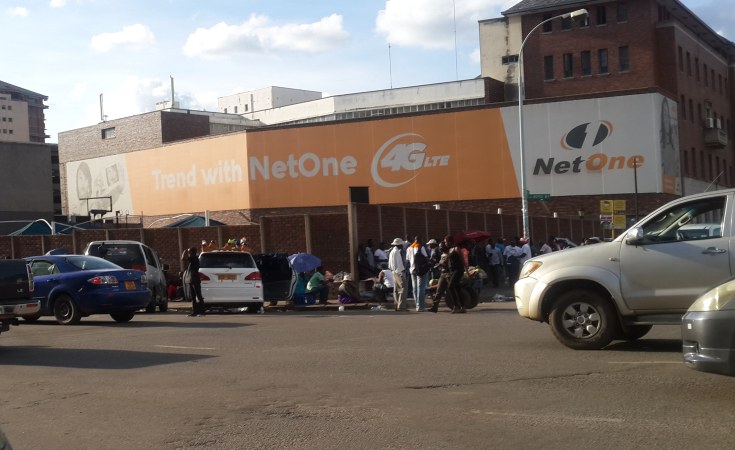 The bid by seven NetOne executives to have their cases dropped on the grounds that the State's allegations lack essential elements that formulate the charges flopped on Monday after a Harare magistrate dismissed their application for refusal of placement on remand.

It involves financing of equipment allegedly offsetting the cost against illegally discounted services with a Mauritian company.

On the second count, Muchenje is jointly charged with former NetOne board member, Chakona, over an unapproved lease agreement at a significantly discounted rent.

On the third count, Muchenje is appearing alone after authorising the purchase of furniture and security services the State says he was not entitled to.

In their applications, they told the court that NetOne was not a public entity and the State had no basis charging them with criminal abuse of office as public officers.

They also argued that the State failed to establish how they were linked to the offence since NetOne was represented by a board of directors.

The State, in its response, said the seven executives and Kadenhe, should have challenged their placement on remand on the date they initially appeared in court.

It also argued that the eight were supposed to have appealed at an upper court since its application for placing them on remand was successful on the day they first appeared in court.

In his ruling, magistrate Mr Lazini Ncube noted that the seven's arguments would be answered during trial.

"The issues should be raised at trial since they are triable," he said. "The issue that there is a board representing them should also be reserved for trial not at this stage. They will be looked at when evidence will be presented on status of company."

As part of their bail conditions, the accused were ordered to report once a week to the police, surrender passports and not to interfere with witnesses until the matter is finalised.

They will return to court on July 21, 2020 for routine remand. The State alleges that sometime in 2019, Muchenje, Sibanda and Severa held meetings with Paragi Agarwal, a director of Bankai (Private) Ltd, which is a corporation in Mauritius.

Agarwal allegedly purported to be representing 6D (Pvt) Ltd, an Indian company which had supplied NetOne with a service delivery platform and USSD server gateway and was owed US$1 million by NetOne. Agarwal proposed to the trio that NetOne should provide nine million minutes on-net voice termination service to Bankai (Pvt) Ltd, valued at US$1 million at an interconnection rate of US$0.13 per minute.

Bankai would pay for the discounted net voice terminations minutes by offsetting the debt owed to 6D by NetOne.

Muchenje instructed Sibanda and Severa to cause Nyaradzai Shoko to initiate paperwork for the agreement.

6D was contacted, but through an email, it indicated that Agarwal was no longer working for 6D and the company indicated it was not part to any deal negotiated by Agarwal.

However, Muchenje and his accomplices went ahead with the deal, it is alleged. Muchenje instructed Sibanda, Severa and Kadenhe to exclude the clause that indicated offsetting of the 6D debt.