Nigeria - Jumping On the Bandwagon Is Not a COVID-19 Strategy 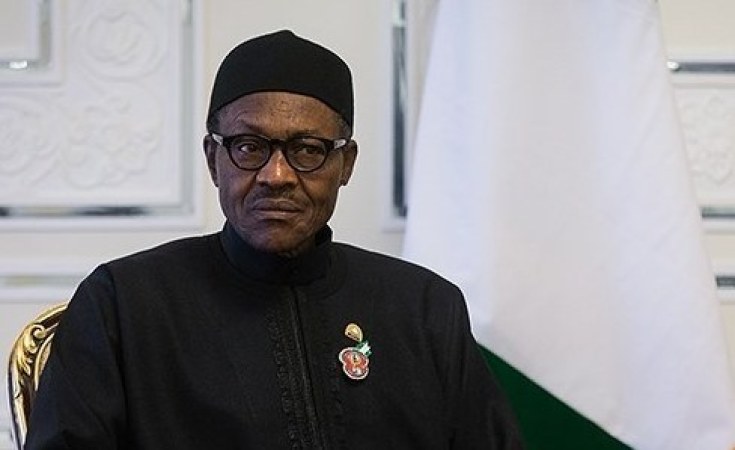 Nigeria imposed a lockdown when it had few cases, then eased it as they accelerated. More importantly, it did not use the time it bought wisely.

This March, as the coronavirus pandemic continued its spread around the world, 74 countries imposed some form of lockdown. One of them was Nigeria. Even though Africa's most populous country had just 97 confirmed cases and 1 recorded death at the time, the government on 29 March announced sweeping restrictions in the Federal Capital Territory of Abuja, Lagos state and Ogun state.

On 13 April, President Muhammadu Buhari extended the measures for another two weeks. "This is not a joke. It is a matter of life and death," he warned. "Mosques in Mecca and Medina have been closed. The Pope celebrated Mass on an empty St Peter's Square. The famous Notre Dame cathedral in Paris held Easter Mass with less than ten people. India, Italy and France are in complete lockdown. Other countries are in the process of following suit."

These sweeping references to other countries - where the contexts and extent of COVID-19's spread were very different - was noteworthy. It gave the impression that Nigeria's decision to impose a lockdown was not so much responding to the science as part of a specially crafted strategy than jumping on the bandwagon.

The government's subsequent actions only seemed to confirm this sense. The number of new daily COVID-19 cases rose steadily from the dozens in mid-April to about two hundred in early May. Yet on 2 May, President Buhari held another national address in which he announced the easing of lockdown measures. This change of policy was not linked to any particular milestones in Nigeria's efforts to contain the virus. Rather, it seemed to be a response to the heavy economic and social costs of imposing it in the first place.

Since then, the virus' spread has continued to accelerate. On 2 May, Nigeria had 2,388 confirmed cases. By the latest count, it has recorded 25,694 cases with nearly 800 new cases recorded in one day on 27 June. The government has not reversed its decision to reopen the country.

The sense that Nigeria's COVID-19 response has been motivated by a bandwagon effect can also be seen in what the government has not done. Lockdowns can have various functions. While the goal in most Western countries has been to "flatten the curve" to avoid overwhelming health services, Nigeria's lockdown could have been part of a strategy to buy time in other ways.

If this had been the case and the lockdown was part of a well-considered context-specific strategy, the government would have accompanied its imposition with a dramatic ramping up of other measures. It would have simultaneously mobilised much-needed resources to ramp up testing, develop sophisticated contact tracing systems and build new isolation facilities. It would have accelerated the training of health workers and equipped hospitals. It would have worked out the necessary measures to reopen the country in a more safely sustainable manner and ensured widespread support for citizens to abide by the restrictions without going hungry.

The government has said it used the lockdown period to take such measures, including preparing isolation centres, training workers and equipping hospitals. However, the success of these efforts remains questionable. On 15 June, Nigerian resident doctors declared a national strike partly due to what they said was inadequate personal protective equipment (PPE) for frontline healthcare workers.

The government also fell far short in terms of testing. According to the Nigeria Centre for Disease Control, Nigeria has so far conducted 134,257 tests for a population of approximately 200 million. That's just 640 tests per 1 million population, a long way behind the likes of South Africa (26,426), Ghana (9,286), Senegal (4,687) or Kenya (3,114) according to Our World in Data. One could argue that one reason Nigeria has done fewer tests is that it has fewer cases to begin with, but Nigeria has also conducted the fewest tests for every positive case among these five countries. That suggests that Nigeria has stricter testing criteria and/or less testing capacity compared to many of its African counterparts.

Finally, while the government did roll out some programmes to help the most vulnerable during the lockdown, the consensus is that they were underwhelming at best. Many citizens felt abandoned in these hardest of times and several groups felt unable to adhere to the restrictions.

As of 30 June, Nigeria has recorded 25,694 confirmed cases and 590 deaths. The pandemic is still just beginning, but the steps the government must take are the same as before.

Rather than looking across to other countries with completely different contexts and simply jumping on the bandwagon, Nigeria must learn strategically from its neighbours' successes and failures. It must identify gaps in its systems, work out a long-term multi-faceted strategy fit for the Nigerian context and implement it.

Without the technological infrastructure of some countries in East Asia, Nigeria's lockdown would never have been able to fully contain COVID-19. With just a few dozen cases at the time unlike some western countries, Nigeria's lockdown was not geared at "flattening the curve". But it did buy Nigeria some time even if it came with a huge social and economic cost.

Unfortunately, that time was not used to its full potential. Now the government must make up for much lost time. The challenge is still only just beginning.

Babasola Sodipo has a Masters of Public Health Degree from Harvard University.