Nigeria: Over 3,000 Nigerians Deported From U.S. in 15 Years for Crime 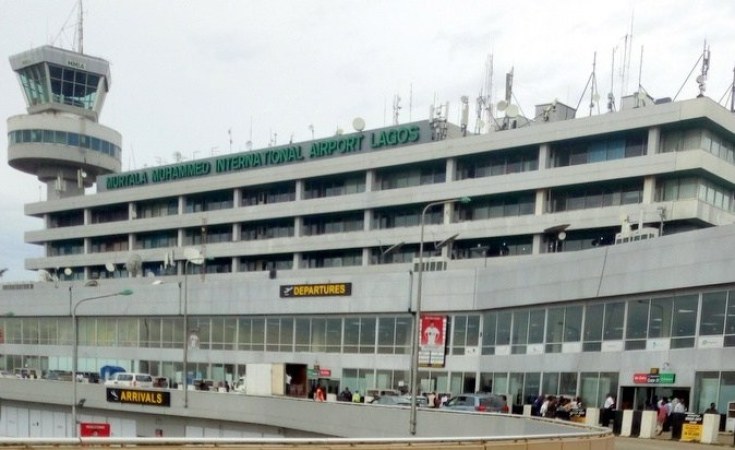 With a streak of stepped-up enforcement policy on immigration reduction for 15 years, the United States has deported about 3,019 Nigerians after being convicted of a state crime, latest data from the country's Department of Homeland Security shows.

The data by U.S. Homeland Security's sub-unit, the Immigration and Customs Enforcement (ICE) published on Trac, a global tracking website, shows that between 2003 and 2018, out of 5,892 Nigerian nationals deported, 3,019--making 51 per cent --have a record of criminal convictions while the remaining 2,783 have no record of criminal charges. In the larger scope, Nigerians, being the largest African population in the U.S., make up 15 per cent of 20,178 African immigrants that have been deported.

In diplomatic semantics, immigration deportation is referred to as "removal." Common grounds for deportation of a U.S. non-citizen include criminal convictions, unlawful entry and fraud. But with the tightening of the U.S. immigration laws overtime, a foreign national with a record of a criminal charge is often the most prioritised specimen for deportation.

This is because a "criminal alien" may present a danger to the national security or a threat to public safety, according to the Department of Homeland Security. One of the campaign promises of President Donald Trump in 2016 also echoed this.

In a 2016 interview with CBS, Mr Trump said, "What we are going to do is to get the people that are criminal and have criminal records, gang members, drug dealers, where a lot of these people, probably two million, it could be even three million, we are getting them out of our country or we are going to incarcerate."

With a large infrastructure for arresting and deporting immigrants, majorly built by the Obama administration which accounted for over 2.5 million deportations, about 1 million people have been deported since 2016, a 40 per cent drop. Generally, U.S citizens are protected from deportation no matter the graveness of the crime committed save for a naturalised citizen who gains his or her citizenship through fraudulent means.

A non-citizen, if found guilty of a crime, is always on the radar of the ICE officers. The level of his or her offence determines the type of deportation he or she may be given, even after serving a sentence for his or her crime. If such an individual commits fraud or unlawfully entered the U.S., an expedited removal is issued. What this translates is that immigration officers can quickly arrest and deport such an individual without a court hearing; his or her re-entry will take 5 years.

In essence, the immigration officer serves both as prosecutor and judge. Given the speed at which the process takes place, there is rarely an opportunity to collect evidence or consult with an attorney, family member, or friend before the decision is made. There is a greater chance that such an individual is deported erroneously.

By contrast, regular removal requires a removal hearing before an immigration judge who decides the fate of the individual. During the proceedings, the individual could appeal his or her case but this does not alternate erasure of criminal convictions. If found worthy of deportation, such an individual could go on voluntary departure and will not be allowed entry to the U.S. until 10 years later or more, after he or she may have filed a re-entry application.

For 15 years, Nigerian expedited removals stand at 1,067 and regular removals at 4,162. More than 330 people go on voluntary departure while there are only 204 reinstate removal orders and 125 voluntary returns.

According to U.S immigration laws, criminal convictions, that can result in the deportation of a non-citizen, are mostly aggravated felonies which include robbery, murder, bribery, sexual assaults, forgery, theft and more.

But this analysis classifies these criminal convictions into fraud, drug crimes, sex offences, firearm offences, and other felonies, for clarity.

Topping the list, fraud, which seems to teem with the self-made image of some young Nigerians abroad in recent times, is hiked at 1,112, a 37 per cent of the total figure for criminal convictions. The fraud here ranges from mail fraud, fraud by wire, money laundering, forgery, counterfeit, computer crime and many more.

Nigeria's image continues to reel in pebbles of taints and disgust at the global scene. Cases of Nigerians committing fraud abroad continue to present a false image or put fear in foreign nationals to even enter into business with well-behaved young Nigerians who court international assistance.

Just recently, a Nigerian socialite--Raymond Abbas-- who has intensively cultivated online, an image of self-made wealth with a ridiculous display of luxury, was botched to be a world-class fraudster, defrauding over 1.2 million people of N16 billion and was arrested imminently in Dubai.

Until his arrest, Hushpuppi's portrayal as a self-made billionaire had given him a misguided heroic status of a footballer or philanthropist just as Invictus Obi, Forbes's under-30 lister who is now facing trials for computer fraud and wire fraud, had been portrayed.

Meanwhile, other aggravated felonies such as robbery, illegal entry, traffic offence, larceny, take 32 per cent of criminal convictions; totalled at 958. While drug crimes constitute 28 per cent with figure put at 842, sex offences take 5 per cent --160 and firearms crimes stand at 12 per cent, 37 in number.

His successor, Barack Obama, whose tenure ran from 2009 to 2016 and was named 'deporter-in-chief' deported more than 2.5 million aliens, 2,146 were Nigerians. While Mr Trump has deported about I million since 2016 and 867 are Nigerians.

In 2003, the number of Nigerian deportees remained the highest throughout the 15 years. While the reason for the hiked figure remains unstated, some say that the effect of the terrorist attack on the World Trade Centre, the U.S. in September 2001 was the breaking point for America to clamp down immigrants. But again, at then, Nigeria had not experienced any terror of such and even till now, no Nigerian national has been convicted of a terrorist act.

A Nigerian director, who has been working with deportees adjusting to life at home, described the deportees' experience as often traumatic and devastating.

Gbemisola Lawal, the director, Building Bridges Young Initiatives, an advocacy support group for deportees, said the psychological trauma is not only limited to the returnees but also to their family communities who have to put up with whatever mood they bring up occasionally, due to trauma.

"When forced to return, they find it challenging to support their families left behind. This is aside the trauma and stigma associated to be forcefully returned to the source country, in this case Nigeria.

"They find it difficult to maintain contacts with family members. We have many cases of individuals who decided not to inform their family members in other states that they were deported to Lagos, Nigeria," Mr Lawal told PREMIUM TIMES in a phone interview.

Apart from the trauma associated with deportation, he said, some even maintain a false personality or hide their new status from their families for fear of retribution or intimidation.

"Some deported from the USA, would hide it from their family members here in Nigeria, instead they process Dubai visas and leave, thereby sustaining the impression that they are still in the previous countries.

"Those that even stay when deported, are fearful and mistrustful of public institutions. They are less likely to participate in churches or other activities," he said.

He bemoaned the government's passivity in providing support for the deportees, saying "once deported and profiled, they are left to go on their own."

Mr Lawal called for concerted efforts in integrating deportees into the Nigerian society with caution, so they would not take to crimes again or find crooked means to success.