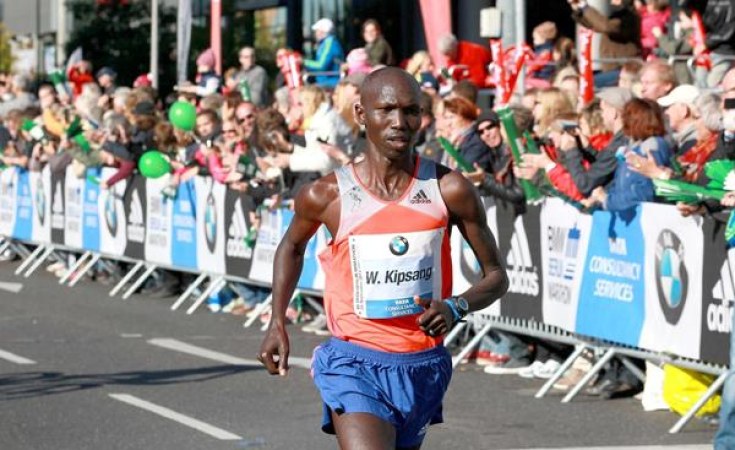 Nairobi — Former Marathon world record holder Wilson Kipsang says his four-year doping ban is down to the poor relationship he has with Athletics Kenya (AK) and the Anti-Doping Agency of Kenya (ADAK).

Kipsang, also a two-time London and New York Marathon champion was slapped with a four-year ban by the Athletics Integrity Unit (AIU) after missing three tests within a 12-month period.

Kipsang missed four tests within a 12-month period in 2018-2019 but was excused for one as it was proved that his manager was unable to change his whereabouts location in time.

But, he could not prove beyond doubt why he missed the other three.

He now says with a four-year ban that ends in 2024 and an advancing age of 41, he will retire from the sport. "I have no intention of running again. I officially retire," stated the athlete.

The first alleged missed test occurred on April 27 and his explanation was that he had travelled to his sister's pre-wedding ceremony and encountered heavy rains on his way back which caused a landslide that closed his preferred route.

Kipsang stated that he instead chose a longer route that saw him get home past his 10pm-11pm testing window. On why he couldn't be reached on phone, he said that the heavy rains caused disruption in network.

However, the AIU got information from the Ministry of Environment and Forestry Kenya Meteorological department including rainfall data from Cheptebo Rainfall Station which proved that rainfall on that day was not enough to cause a landslide.

Meanwhile on his April 2019 missed test, Kiprop said he reached home 10 minutes before his testing window was closed but was unable to provide a urine sample. He alleged that they made an agreement with the Doping Control Officer to come back three days later.

His testimony was corroborated by that of the wife and watchman, but the DCO's testimony and evidence proved otherwise.

While Kipsang says he was home by 10:50, the DCO said by the time they were leaving his house way past 11:20, he was yet to arrive and efforts to reach him were futile.

The ruling has a provision for appeal but Kipsang is yet to explicitly confirm he will appeal the decision.

The 37-year old who won bronze at the 2012 London Olympics becomes the 53rd Kenyan to be banned by the AIU over a doping violation and becomes yet another elite list among Rita Jeptoo, Jemimah Sumgong and Asbel Kiprop.