Ethiopia: At Least 166 Killed in Ethiopia After Week of Violence 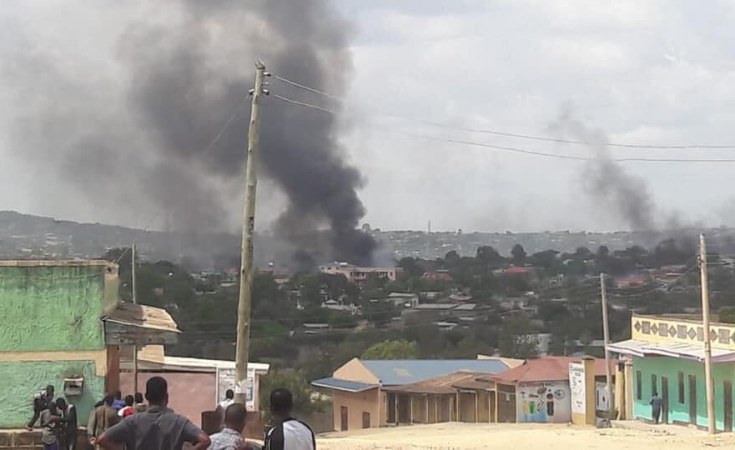 Addis Standard
Reports of fighting between Oromo and Somali ethnic groups claimed the lives of at least a dozen in Moyale Town, says Addis Standard.
Voice of America (Washington, DC)
By Tsion Girma

Widespread violence in the past week in Ethiopia following the shooting death of a popular Oromo singer has killed at least 166 people, officials said Monday.

Police said about 2,000 people have been arrested in Oromia Regional State, including some senior political leaders of Oromo Liberation Front (OLF) and their supporters, after Hachalu Hundessa was killed June 29 by unidentified attackers.

People in other areas of the Oromia region told VOA that unidentified attackers targeted people not of Oromos ethnicity, although some ethnic Oromos were also attacked. The survivors told VOA the attackers, who included gunmen, also burned and stoned some victims. Eyewitnesses told VOA that businesses and private homes had been looted and burned, and historical sites destroyed.

Girma Gelan, deputy commissioner of the Federal Police, said 156 people, including 145 civilians and 11 members of the security forces, had been killed since the violence began a week ago.

About 20 victims in Dherra town of Arsi Zone in Oromia, about 115 kilometers (72 miles) east of the capital, Addis Ababa, told VOA they witnessed family members being killed, and their properties burned. The victims and eyewitnesses sought shelter in a church in Dherra.

The killings “should never happen again in a community that lived together for years, and people responsible for the killings and the destruction were under police custody awaiting due process,” Aleyu said.

Meanwhile, a VOA reporter said relative calm has been restored, and some daily activities have resumed in the Western Oromia towns and villages.

Officials said that while protesters in the area attacked government facilities and some private businesses in the past few days, no ethnic-centered attack nor serious damages to properties have been reported. The officials also said some suspects had been captured and are in custody.

Getachew Balcha, Oromia regional government spokesman, and Negussu Tilahun, spokesman for the prime minister’s office, confirmed the attacks in several towns in the Oromia region. They blamed the assaults on “a group that is trying to instigate violence and clashes between two ethnic groups and destabilize the country as a whole.”

The government has deployed federal police and defense forces in the hot spot areas, and further killings have been stopped, Balcha and Tilahun said.