Africa: Idir - How a Song From the Village Took Algerian Music to the World 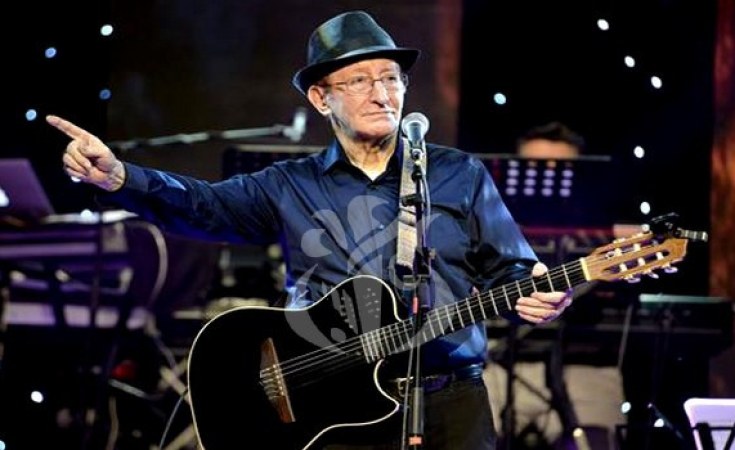 In the 1990s I had the good fortune to meet with the late Algerian singing star Idir (Hamid Cheriet 1949-2020). We chatted for several hours in a café outside the Berber Cultural Association in Paris. I was doing research on what by then was called New Kabyle Song (la nouvelle chanson Kabyle).

Idir is widely recognised as among the originators of this new musical genre. He told me that he was inspired by the songs that he grew up hearing his grandmother sing while she was weaving, churning butter, rocking a child to sleep, or praising a new bridegroom.

Idir cloaked these songs in western harmonies, arranged them for guitar and other contemporary instruments, and brought them to audiences across North Africa and Europe. His hit song A Vava Inouva (Oh My Father) had launched his international career in 1973, one that would see seven major recordings.

What propelled Idir - who in the early 1970s was an Algerian geology student with little musical training - to worldwide acclaim? To find out I went back to his roots.

Back to the village

I followed Idir's songs back to his home village At Lahcène (At Yenni) in the Djurdjura mountains. Working with older women singers, I sought to understand how Idir had reconstituted their songs for wider audiences: what he had retained and what he had transformed?

I also spoke at length with the poet with whom Idir collaborated in the early years, Mohamed Benhamadouche (better known as Ben Mohamed). Ben, too, was inspired by a recording of traditional songs that an old woman in his village had made for him. We worked through the songs line by line and word by word.

And I asked Idir and Ben to tell me about what had inspired them to work with village women's songs in the first place. What were the ideological and cultural atmospheres in which the two artists were working in the late 1960s and early 1970s?

In my larger work, I locate Idir's music at the confluence of various "branching interconnections" or branchements, a term introduced by anthropologist Jean-Loup Amselle. This describes the way that cultural products emerge out of a web of interconnected pathways or cultural landscapes.

The song A Vava Inouva - inspired by a traditional story about a young girl trying to save her father from danger - carved out a new juncture at the intersection of several pathways. These included worldwide movements of decolonisation, revalorizations of cultural heritage, and new technologies like the cassette tape. Idir also sought recognition of his Tamazight language and Amazigh culture, in opposition to Algeria's dominant Arabo-Islamic ideological orientation.

These pathways came together in A Vava Inouva. It turned out that Idir's return to the village was inspired by what he saw happening in the world.

Out in the world

Idir and Ben Mohamed were strongly inspired by the First Pan-African Cultural Festival, held in 1969 in Algiers. Here they witnessed dynamic cultural performances from troupes across Africa and heard talks from leading postcolonial luminaries like Joseph Ki-Zerbo and René Depestre.

Around this time, Ben Mohamed attended a presentation by French ethnographer Jean Duvignaud, who had written a book and made a documentary about the village of Shebika in neighbouring Tunisia. (The documentary would inspire a feature film by Jean-Louis Bertucelli.)

Seeing their traditions represented in print and on film gave Shebikans a new way to view themselves: whereas they had formerly denigrated their traditional culture, now they saw its value.

How could Idir and Ben Mohamed show their own traditional practices through a new lens? Music was Idir's answer. By setting traditional Kabyle songs into a contemporary musical language, he gave them new life, propelling songs that had been sung only by women in Kabyle villages into far wider circulatory and mediated pathways. Idir's songs would also set the stage for the more politicised music that would accompany the Berber Cultural Movement of the 1980s.

Soundtrack to a modern Algeria

A Vava Inouva is built around the sung refrain of a story that grandmothers had long told throughout Kabylia. Idir set the well-known refrain between new verses penned by Ben Mohamed. In typical village scenes the grandmother spins her tale, surrounded by family members engaged in their own activities, snow falling softly outside.

When the song hit the Algerian airwaves, it was electrifying: a friend reported seeing people walking backwards down an escalator to hear it playing over a store's ground-floor speakers.

It was also the first Algerian song to play on French national radio, in 1975, coinciding with the first visit of a French president (Valéry Giscard d'Estaing) to Algeria since Algerian independence in 1962. From there, the song took off, reportedly selling some 200,000 copies by 1978. It would be translated into over a dozen languages and taken up by groups around the world.

In Algeria, Idir's songs gave Kabyles a sense that their culture counted: that Amazigh customs and traditions were not backward or outmoded but could form a part of a modern Algerian nation. The songs helped lay the foundation for the widespread revalorisation of this heritage in later decades. At the same time, they created a sense of rootedness and a feeling of home for the many Algerians living in the diaspora.

I was in the audience when Idir closed his 1993 concert at the Olympia Theatre in Paris with A Vava Inouva. He was joined on stage by more than a dozen Kabyle singers. Passing the mike from one to the next, each sang a single line of the song as the crowd roared.

On the city bus, after another Idir concert in Paris in the mid-1990s, the entire busload of Algerian concertgoers too young to have heard Idir in the 1970s started belting out the song's chorus. By then, Idir's music had itself become a sign of collective heritage to which all could lay claim.

To read more about Algerian music by the author, visit her website here.