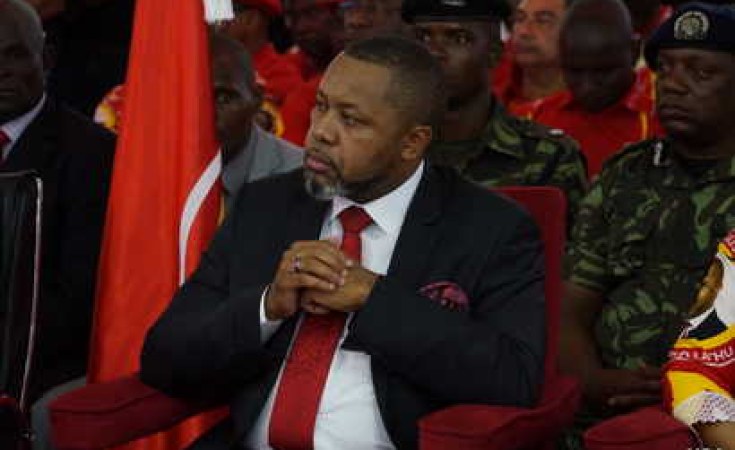 Some heads of parastatals and senior officials who reported late for the Public Sector Reforms meeting, which State Vice President Saulos Chilima is overseeing in his capacity as Minister for Economic Planning and Development and Public Sector Reforms, were locked out at the Bingu International Convention Centre (BICC) in Lilongwe on Tuesday.

Officials at the meeting told Nyasa Times that Chilima arrived at BICC at exactly 08:50am for the meeting scheduled to start at 9am.

Only a handful of heads of parastatals had arrived at the place when the Vice President was getting to the place.

"The officials that came after 9am have been sent back while others were seen loitering outside the room waiting for the meeting to finish," said the source.

Chilima -- a technocrat who before joining frontline politics in 2014 worked as the first Malawian managing director for multinational Airtel Malawi-- is well-known for time management.

The functional vice-president Chilima is holding interface meetings with PSs of parastatal organizations, the private sector and local councils on the implementation of the reforms agenda in the new administration of President Lazarus Chakwera.

On Tuesday, the Vice President engaged Chief Executive Officers (CEOs) and Directors of Finance for parastatal organisations based in the central region as well as CEO for the Lilongwe City Council John Chome.

Spokesperson in Office of the Vice-President, Pilirani Phiri, states that the engagements will be held across all three regions in Blantyre, Lilongwe and Mzuzu.

"The meetings will review and agree on new areas of reforms and take stock of the impact of service delivery, efficiency and effectiveness that the reforms have had so far. These include organisation health checks such as profitability or loss," said Phiri in a statement.

On Thursday, the Veep is expected to meet CEOs for Blantyre and Zomba city councils at Sunbird Mount Soche in Blantyre while on Friday, he is scheduled to meet CEOs from the private sector.

The country's second-in-command will then meet directors of finance from the Northern Region, including Mzuzu City Council CEO, on Monday.

Chilima is serving a second term as Vice-President, having been in the same position under the erstwhile governing Democratic Progressive Party leader Peter Mutharika. Before falling out with Mutharika, the Vice-President was also in charge of the Public Sector Reforms Programme during which he introduced reforms that were lauded by critics for being effective.

Later, Mutharika directed that the reforms be handled by Office of the President and Cabinet (OPC) which stalled under the watch of garrulous Seodi White.