Zimbabwe: Victory for Citizens As Obadiah Moyo Is Sacked 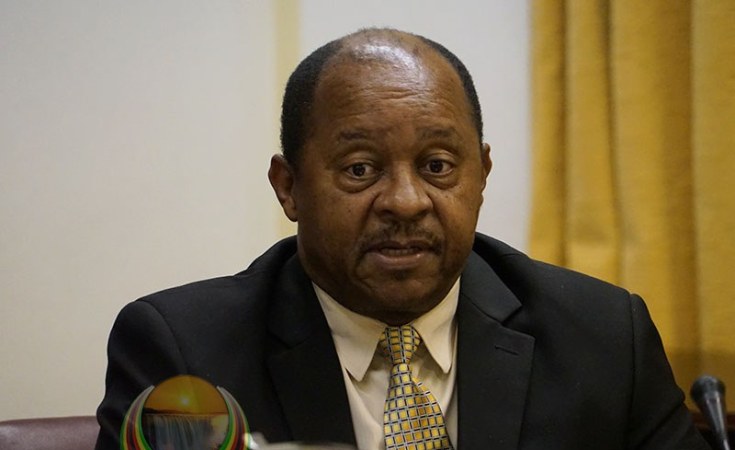 Moyo was arrested on corruption charges involving USD$60 Million and granted RTGS$50 000 bail by the Harare Magistrates Court a fortnight ago.

In a statement yesterday evening, Chief Secretary to the President Dr Misheck Sibanda said Moyo had been dismissed with immediate effect.

"The removal of Dr Moyo is interms of section 340, subsection (1) paragraph f as read with section 104,subsection (1) of the constitution of Zimbabwe," reads the statement.

Moyo's arrest and subsequent dismissal followed public outcry and social media campaigns for the former disc jockey to be relieved of his duties for failure to execute his duties as well as allegations of corruption.

The former Chitungwiza hospital boss was appointed health minister after the 2018 general elections and has failed to bring sanity in the health sector which since his appointment has experienced unending protests and instability.

In Zimbabwe, Tensions Rise Ahead of Planned Anti-Govt Protest
Tagged:
Copyright © 2020 263Chat. All rights reserved. Distributed by AllAfrica Global Media (allAfrica.com). To contact the copyright holder directly for corrections — or for permission to republish or make other authorized use of this material, click here.