Sudan: Talks Continue Between Government and SRF On Unresolved Issues

Khartoum — The government delegation to the peace negotiations headed by the First Vice-President of the Sovereign Council, Lieutenant General Mohamed Hamdan Deqlo, and the Sudanese Revolutionary Front delegations held this evening a session of talks at the Salam, Rotana Hotel in Khartoum, in the presence of the South Sudan's mediation team, which discussed the outstanding issues on which the two negotiating parties did not reach an agreement.

The member of the S. Sudan's mediation team, Dr. Duo Matouk, noted in a press statement that today's meeting has discussed the proposals presented by the government party at yesterday's session, adding that the parties had discussed a number of outstanding points in the previous sessions and that there was a great agreement between them.

He indicated that the mediation will present in tomorrow's session a draft proposals on issues that have not been agreed upon.

Matouk expressed the mediation thanks to parties of the Sudanese talks for cooperation and the good spirit that prevailed in the talks, he also thanked the Sudanese political forces, especially the Freedom and Change Forces, the political incubator of the transitional government for their participation in the dialogue and enriching the discussion by which its results the negotiations is achieving now.

Matouk has asserted the Sudan need for peace now, and not tomorrow, stressing seriousness of mediation and the state of South Sudan, led by Lieutenant-General Salva Kiir Mayardit, to bring the negotiations to a peace agreement.

Mediation - Peace Agreement Is Ready to Be Signed Within a Week 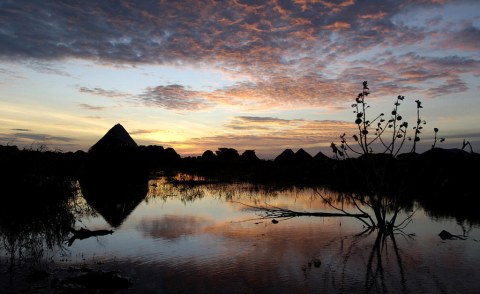 Seven Sudanese Ministers Fired
Tagged:
Copyright © 2020 Sudan News Agency. All rights reserved. Distributed by AllAfrica Global Media (allAfrica.com). To contact the copyright holder directly for corrections — or for permission to republish or make other authorized use of this material, click here.