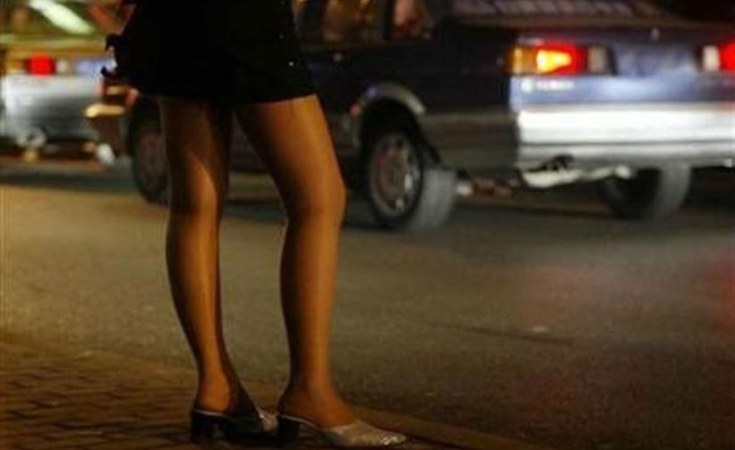 Esther Y. Johnson, age 35, a mother of one who is currently five months pregnant, said when her first son's father observed that she was a usual form of drugs; he started ill-treating her so she decided to leave the home to get in the street and satisfied her bad habit.

Since the outbreak of COVID-19 in Liberia in early March 2020, many activities across the country have been negatively affected ranging from the economy to jobs, schools, private businesses, homes, and to female who are commercial sex workers.

Before COVID-19, usually sex workers would gather at major night clubs, motels and bars, including the popular Talk of the Town on Center Street, the Exodus nightclub on Gurley Street, Princess Motel also on Gurley Street, and a number of entertainment centers in and around Monrovia. Usually, a customer is required to pay as low as L$200 to L$500 for "short time" while US$10 to US$20 may be required to stay overnight.

Many of those who are engaged in prostitution, according to reports, are also victims of substance abuse who have either abandoned their homes in hopes of engaging in prostitution in order to support their habit or have been neglected by their partners who can no longer cope with their habits.

But despite their lives, many prostitutes interviewed said if they were given a better choice, they would quit prostitution in order to become productive citizens.

They are therefore calling on the government to ensure that they are rehabilitated in order to lead productive lives that would impact the nation.

These sex workers are of the conviction that, if given the opportunity, they would be able to continue their education in order to become future leaders that would move Liberia forward as many are school dropouts.

Esther Y. Johnson, age 35 and a mother of one, is currently five months pregnant. She said when the father of her first son observed that she was using drugs, he started ill-treating her so she decided to leave the home for the streets where she could support her habit.

She said as the situation stands now, she does not know who the father of the child in her womb is because she sleeps with many men daily.

Esther, who claims to have been in the street for the past four years, explained that since she was a drug user, her whole focus has been to support what she referred to as her "bad habit," using prostitution as her only means of survival.

Esther, who strongly believes that her life in the ghetto can be transformed, said she could become a better citizen, adding that getting addicted to drugs is easy but difficult to leave.

"Before coronavirus, I used to sleep with up to 15 men if the business is good and 10 to 8 when I am having a bad business. But since the COVID-19 outbreak and the State of Emergency (SoE) was announced by President George Weah, our businesses have gone very bad," she said.

Esther said, "Our customers are even afraid of us in the name of observing social distancing. As a result, when I am lucky, I sleep with four men for as low as L$100, per person which cannot support my habit and feeding."

Tina Davis, age 16, who usually does her business in Central Monrovia and lives in an unfinished building on Center Street, said she was living in Buchanan when a friend, who went there for a visit, encouraged her to come to Monrovia at age 11.

Tina, like Esther, believes that they need rehabilitation in order to lead better lives.

"After we relocated to Monrovia, my friend told me to taste the drugs, which I did and it had bad effects on me to the extent that I was very helpless. The next day, she told me to take it again and I will feel better, which I also obeyed. Since then, I have tried to support the habit. It has led to living with the negative effects. But my friend has changed and put her life back together."

She said even though she feels very bad sleeping with many men each day, she has no other choice to support her habit.

Tina said since the COVID-19 outbreak and the SoE, business has gone bad. As a result, she cannot afford to eat as well as take the drugs she is addicted to.

"My ma and pa neglected me because of this habit; I am not allowed to even visit them. This is a life I do not want to live! Honestly, I need transformation," she said sadly.

Yaryah Samah, age 26 and an 11th grade student of the Muslim Congress, said she has spent six months in prostitution and believes that transformation is the way forward.

She said her boyfriend initiated her into the use of drugs but was taken to the street by a friend who was not aware of her habit.

Yaryah said her partner at times goes into the streets to look for her, but she always hides because she is ashamed of her life.

She said before COVID-19 she would sleep with 10 men and she even had regular customers who would take her home to spend the night with them so she would help them do domestic work, like washing their clothes.

"But since the lockdown, they call me home and we do business; that is how I survive. I can't get new customers like before," she said.

Yaryah said since the coronavirus outbreak, the government has not been able to reach them with the COVID-19 food package which was announced for distribution to disadvantaged people.

She said the package could help improve their condition until the virus leaves the country.

"We need support at this stage of our lives," Yaryah said. "I used to be very classical and modest, but see my life now; I really feel disappointed and ashamed of myself, looking at my family background. I am a Muslim."

Yaryah said leaving the streets by 6 p.m. is a big setback for the prostitution business, but she hopes that things will improve in the shortest possible time.

She said the 9 p.m. curfew that was earlier announced by President Weah enabled them to "hustle" for five to six hours, adding: "The kind of job we are doing cannot be done in the day because people go to work and, at times, we have sex in the open because we do not have a home. So, doing it outside [during the daytime] is not possible."

Passauing Johnson, age 39, and the mother of five, said she lives in the street with her children after having been initiated by their father, who abandoned them and has not been seen since.

She said she sleeps with up to 12 men who pay her L$500, which she uses to feed her kids. But now that business has gone bad since the COVID-19, she said she can only sleep with two men.

Passauing said her eldest child is 15 and the youngest is four years; but she is protecting them from taking drugs because she foresees a brighter future for them and does not want them to end up like her.

She said when leaving at night to engage in prostitution, she puts the small children to sleep while the bigger ones look after the house.

Louise Willie, a mother of four, said she has spent five years in the habit due to frustration after her children's father left her and got married to another woman.

Claiming to be a dropout of the African Methodist Episcopal Zion University, she said before coronavirus, she was able to earn up to five thousand Liberian dollars and US$10 a night but the outbreak has caused her to make little or nothing. She and others dream of a time when they could access drug rehabilitation treatment to help them turn their lives around. But as it appears those hopes and dreams may not be realized anytime soon.