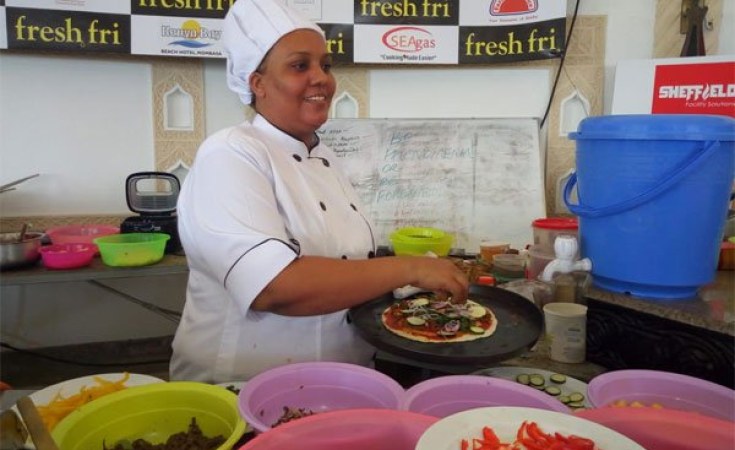 Kenyans could be consuming poison in fake goods disguised as household brands, as authorities now grapple with reining in on black market rackets that are minting billions in the illicit trade every year.

Unscrupulous traders are colluding with government officials to import substandard consumer goods into Kenya, where they are re-packaged as popular brands and released into the market.

Sugar, rice, cooking oil, milk, energy drinks, soft drinks, fertiliser and petroleum products are quickly turning into the most dangerous merchandise in Kenyan homes, as they are the most counterfeited in the manufacturing industry. Counterfeit pharmaceuticals, alcohol, diapers and plastic bags appear to be an emerging market in the counterfeits underworld, but not as many cases of fakes have been reported as those affecting fast moving consumer goods.

Some samples of cooking oil impounded by detectives from the Directorate of Criminal Investigations (DCI) have been found to have chemicals that cause heart complications and kidney disease.

A few sample analysis reports revealed that impounded cooking oil did not have Vitamin A, but had excessive levels of iron.

The Food, Drugs and Chemical Substances Act requires that all cooking fat and edible oils sold in the country to have Vitamin A to boost immunity.

Correspondence between the DCI and the Health ministry in July last year indicates that sugar samples from suspected fake packets bearing the brand names of Butali, Sony and Hoima (Uganda) sugar mills were unfit for human consumption.

The samples had higher concentrations of bacteria, yeast and mould spores than the accepted levels. And the sugar would have caused nausea and vomiting, had it been consumed.

Kenya's ports have become key entry points for substandard products, unlike in the past where unofficial routes along the border were the main paths.

The Jomo Kenyatta International Airport (JKIA), Wilson Airport, the port of Mombasa, Shimoni and Lunga Lunga are among entry points that the DCI has established are used to let in several black market products.

This year, the DCI has investigated 119 cases. Of these, 67 have been completed with the goods being destroyed and some individuals being convicted.

Mombasa leads in the number of fake goods cases at 34.

The billions made in the illicit trade are silently wired to tax havens where banking institutions and government agencies do not ask investors about the source of their funds.

DCI sleuths have traced some of the illicit billions to Cyprus, Virgin Islands, Cayman Islands, Malta and Dubai. In the sugar industry for instance, the government waives duty for sweetener imported from other Common Market for Eastern Southern Africa (Comesa).

A company allegedly imported a consignment of sugar worth Sh7 billion from Brazil, but passed it off as sweetener from the Comesa zone and brought in by SoNY Sugar.

This means that the taxman could have lost, and SoNY Sugar may have also missed a profitable business opportunity.

Investigations have revealed that each ship that brings in sugar nets a profit of up to Sh5 billion after the sweetener is sold to the local market.

The taxman has also emerged as one of the biggest victims of the black market business, as individuals trade billions every year without paying taxes.

Mr Kinoti, appearing on summons by the National Assembly's departmental committee on administration and national security, said that after effects the Covid-19 pandemic cools down, several individuals will be arraigned.

The looming arrests will also touch on land fraudsters, Mr Kinoti said while urging Parliamentarians to amend property laws and include technology.

The DCI boss said that a crackdown on the black market in the last five years has averted the loss of at least Sh1.22 billion.

"Unsuspecting citizens are buying goods from well-connected cartels at high prices as if the (excise) duty has been paid in full," Mr Kinoti said.

"Unless the fight is fully supported and sustained by all stakeholders, Kenya risks becoming a dumping site for counterfeit goods, killing its own industries and the hopes of production of raw materials," he added.