Tanzania's Economy Grows By 5.7 Per Cent in 2020 First Quarter 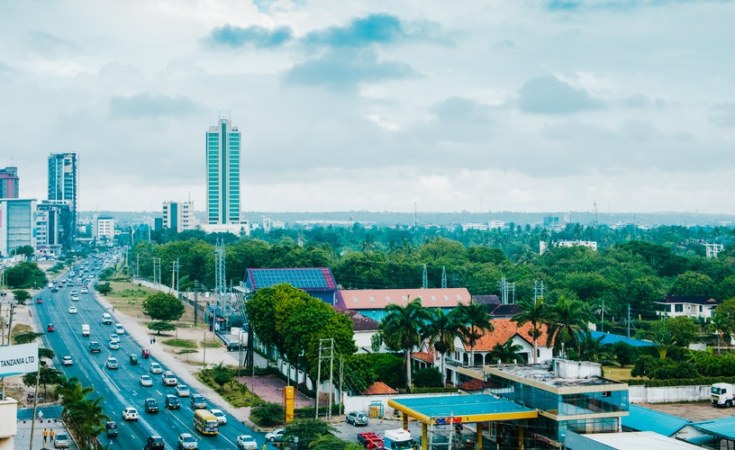 Dar es Salaam — Tanzania's economy grew by 5.7 percent during the first quarter of 2020 - even as economists differed in projections following the outbreak of Covid-19.

The growth is slower than the 6.3 percent recorded in the first three months of 2019, according to figures released by the National Bureau of Statistics (NBS).

The quarterly economic highlights report shows that the country's Gross Domestic Product (GDP) at constant prices stood at Sh31.6 trillion during the period from January to March 2020, up from Sh29.9 trillion in the corresponding period in 2019.

However, economists differed in their predictions of growth in the coming quarters, fearing the impact of the Covid-19 pandemic.

Prof Honest Ngowi, an economist and senior lecturer at Mzumbe University, said the first quarter of 2020 cannot reveal the actual impacts of the Covid-19.

"Tanzania's economy will start feeling the pinch of Covid-19 in the second quarter. I predict further declines of GDP growth rates in the future, too," he noted.

The government said last month that economy is projected to expand by 5.5 percent in 2020, less than an earlier projection of 6.9 percent due to the Covid-19.

The World Bank lowered it even further - to 2.5 percent this year - on the effects of Covid-19 which has disrupted economic activities.

But, Prof Ngowi believes that the country will not reach the target because many countries which share their economic relations with Tanzania are suffering from the pandemic.

"Covid-19 might not be a big threat to local Tanzanian businesses; but Tanzania needs other countries for exports and imports. It also still depends on aid and loans from nations affected by the pandemic," he said.

For his part, Dr Abel Kinyondo, a lecturer at the University of Dar es Salaam, said Tanzania still has a chance to achieve a growth rate of more than 5.5 percent.

"Tanzania produces when other countries are locked down. If it produces well, it will generate surpluses for trade in the near future," he said - insisting on focusing on local trade while ensuring that more goods are stored for future exports.

According to the report, mining and quarrying recorded the highest growth rate, 15.3 percent, followed by human health and social work (10.2 percent) and professional, scientific and technical services (8.9 percent).

Crop production and fishing industries slowed to 3.8 percent and 0.7 percent respectively during the quarter, compared to 4.3 percent and 19.4 percent registered in the corresponding quarter of 2019.

Manufacturing and construction activities recorded a growth of 4.7 percent and 8.0 percent, compared to 4.9 percent and 13.4 percent in the similar quarter of 2019.

Electricity, gas, steam and air conditioning supplies growth rates dropped to 3.3 percent, from 11.3 percent recorded in the corresponding quarter of 2019.

During the quarter, water and sewerage activities grew by 7.2 percent compared to 8.0 percent in the similar quarter of 2019.

Transport and storage activities grew at the rate of 8.3 per cent compared to 11.1 percent in the first quarter of 2019.

Meanwhile, the NBS said inflation rate has stagnated at 3.2 percent as it was recorded in May, 2020.