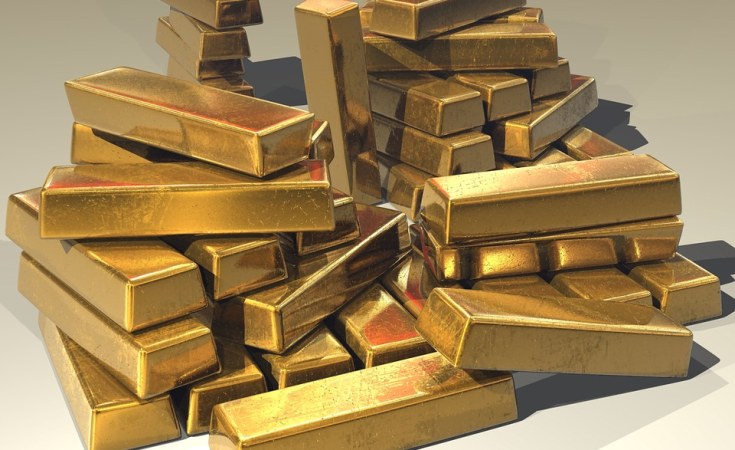 Dar es Salaam — Gold is now Tanzania's leading foreign exchange earner after overtaking tourism which has been hit by the Covid-19 global pandemic. A new report by the Bank of Tanzania (BoT) says that gold exports increased by 46.8 percent - to $2.5 billion - in the year to May, while tourism earnings slowed from $2.5 billion to $2.3 billion in the same period. The increase in gold exports was attributed to increases in both production volume and price.

"The price of gold in the world market remained high, apparently due to weakening of prices of financial assets due to the outbreak of coronavirus," the Monthly Economic Review for June reads in part.

However, gold reached above $1,800 an ounce yesterday for the first time since 2011, with the precious metal benefiting from its 'haven' status as the coronavirus outbreak triggered fears on the global economy.

A weakened US dollar also made the price in that country's currency attractive to investors, AFP reported.

Tanzania's economy grows by 5.7 per cent in 2020 first quarter

"It is little surprise that the original safe haven is continuing its rally," said Carlo Alberto De Casa, chief analyst at ActivTrades.

"Investors are still buying stocks; but it seems they want to be covered in case of any market correction."

Neil Wilson, chief market analyst for Markets.com, said gold was winning support also thanks to fears of high inflation caused by central bank stimulus to prop up the global economy.

"The gold bull thesis rests not only on the requirement for safe assets - given the economic uncertainty - but also longer term on fears of a surge in inflation caused by the massive increase in the money supply," he said in a clients note.

Gold accounted for 55.7 percent of Tanzania's non-traditional exports which amounted to $4.53 billion in the year to May, the BoT report states.

The country's total exports value of goods and services amounted to $9.96 billion in the year to May 31, 2020 compared with $8.63 billion in the corresponding period in 2019.

Gold prices rose because of uncertainty caused by Covid-19 and US-China trade tensions, which gave gold the reputation of a good hedge, the BoT said in its Monthly Review. Investors prefer gold as a safe haven when there are economic crises.

Traditional exports surged to $1,023.6 million in the year ending May 2020 from $535.1 million in the corresponding period in 2019, driven by exports of cashew nuts, cotton, cloves and sisal.

The increase in exports of cashew nuts and sisal manifested in both volume and prices, while those of cotton and cloves rose on account of export volumes, owing to good weather conditions.

Tanzania, Rwanda Among 10 Fastest-Growing World Economies
Tagged:
Copyright © 2020 The Citizen. All rights reserved. Distributed by AllAfrica Global Media (allAfrica.com). To contact the copyright holder directly for corrections — or for permission to republish or make other authorized use of this material, click here.