Zimbabwe: Opposition Told Not to Put Lives At Risk 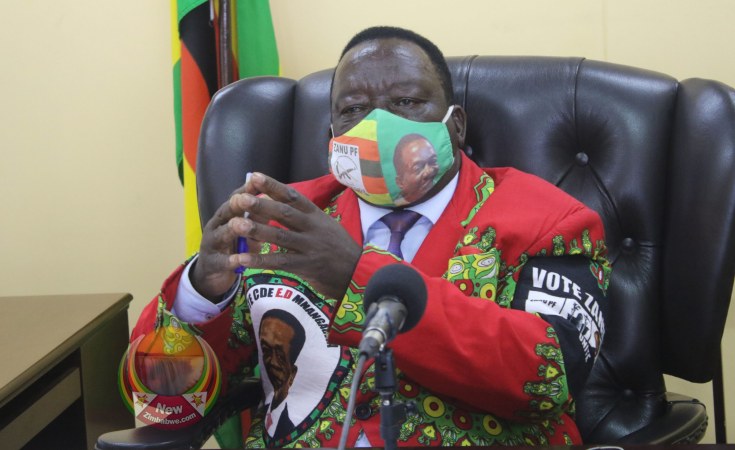 A SINISTER plot by opposition political parties to roll out demonstrations, ostensibly to register concerns with the state of the economy, but really to cause regime change on July 31, with covert support of foreign nations, will not be tolerated as the country is still under a lockdown, a top Government official has said.

This comes as leaders of some opposition parties, in cohorts with anti-government elements, and selected media outlets have launched a social media campaign to mobilise their supporters and the general public to demonstrate on July 31.

Leading the anti-government crusade is little known leader of Transform Zimbabwe Mr Jacob Ngarivhume, who has roped in the MDC-Alliance and some other fringe political parties to mobilise the demonstration against the Government.

Amid the threats to disregard the Covid-19 guidelines from the opposition, Minister of Home Affairs and Cultural Heritage Kazembe Kazembe yesterday warned that Government would not allow a situation where political parties put people's lives at risk.

"We are observing Covid-19 regulations and if anyone breaks the law they will be arrested because we are still under lockdown. Life is more important than everything else, life is more critical than anything that one can think of.

The lockdown is to ensure that we minimise the spread of the virus, we need a collective effort from everyone, including those in the opposition because Covid-19 does not discriminate. We are aware of where the funding for the demonstrations is coming from and we will make sure that they will be exposed," said Minister Kazembe.

In an interview last night, Zanu PF Secretary for Commissariat Cde Victor Matemadanda called upon the country's security to be on the guard against elements who are determined to effect illegal regime change.

"There is a competition here between the purported human rights and the observance of the rule of law. This stage now, the so called human rights groups are encouraging the citizenry to break the law and I think also Zimbabweans should know that the supporters of those that are funding these demonstrations are worried by why Covid-19 has not killed people in Zimbabwe," said Cde Matemadanda.

One of the chief proponents of the demonstrations is fugitive former Higher and Tertiary Education Minister Prof Jonathan Moyo, is facing a string of allegations that include fraud, money laundering and criminal abuse of office.

Prof Moyo, who is ensconced in Kenya, now faces extradition to Zimbabwe after the Prosecutor-General's office wrote to Kenyan authorities, seeking mutual legal assistance to bring the former minister home to face the Zimbabwean courts.

Last month alert security forces foiled an attempt by vigilante groups working with the MDC-Alliance and some workers' unions to roll out demonstrations in the city of Bulawayo that were meant to coincide with the Day of the African Child.

Previous Story
Mthwakazi Will Not Join July 31 Protests, Says Only Concerned About Secession
Next Story

Mthwakazi Will Not Join July 31 Protests, Says Only Concerned About Secession

Zimbabwe Journalist, Opposition Leader Denied Bail
Tagged:
Copyright © 2020 The Herald. All rights reserved. Distributed by AllAfrica Global Media (allAfrica.com). To contact the copyright holder directly for corrections — or for permission to republish or make other authorized use of this material, click here.