Mozambique: Nyusi Calls for an End to Impunity 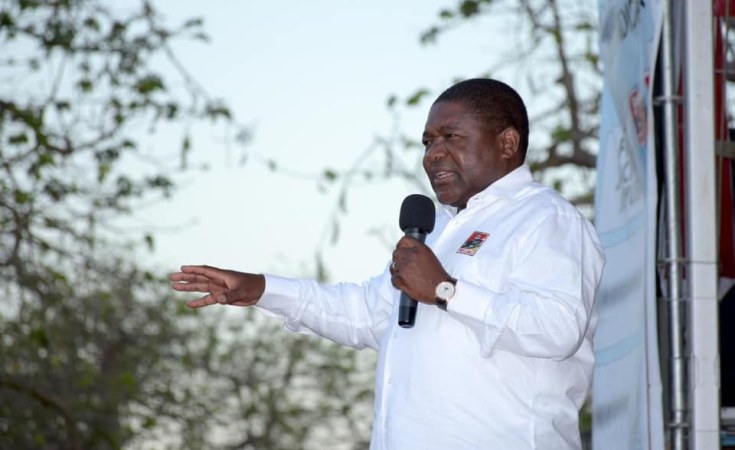 Maputo — Mozambican President Filipe Nyusi on Wednesday declared that the country's judicial system should act speedily and hold responsible for their crimes those who commit acts of armed violence in the north and centre of the country.

Speaking at a ceremony where he swore into office a new member of the Supreme Court, Henriques Cossa, Nyusi said that rapid and determined action was needed "to end the prevailing sense of impunity".

"The feeling we want to prevail in Mozambique is that criminals receive exemplary punishment", he declared. He believed that was also necessary in order to prevent citizens from taking the law into their own hands.

He stressed that the country needs to continue fighting against armed violence, and ensure that terrorists are neutralised and brought before the courts.

There are two foci of violence in Mozambique. One is the terrorism inspired by islamic fundamentalism in parts of the northern province of Cabo Delgado, and the other consists of ambushes and raids by the self-styled "Renamo Military Junta", a breakaway from the country's main opposition party, Renamo, which rejects the peace agreement signed in August 2019 by Nyusi and Renamo leader Ossufo Momade.

There have, in fact, already been trials of alleged terrorists in Cabo Delgado. Thus on 1 August 2019, the Cabo Delgado provincial court sentenced nine Tanzanian and Burundian citizens to 16 years imprisonment for their part in the violence.

This was the fourth trial of terrorists. Just as in the previous trials, in clear violation of the Mozambican constitution, journalists were not allowed to attend the proceedings - which means that the public has been kept in the dark about such matters as the motivations of the insurgents and how they were recruited. In the largest trial, 189 people were charged with crimes including first degree murder, use of prohibited weapons, and crimes against state security.

But the prosecution and police seem to have bungled the evidence, for 113 of the 189 were acquitted. A second trial ended in June 2019 with 24 of the 32 accused found guilty of murder and other offences linked to terrorism.

Nyusi also insisted that the courts have a role to play in the fight against the spread of the coronavirus that causes the Covid-19 respiratory disease. Measures taken by the courts, he insisted, should not make the Covid-19 situation worse - he clearly meant that judges should be careful about handing down prison sentences, given that closed and overcrowded spaces such as prisons are fertile grounds for the spread of the virus.

The government was very concerned at the state of the prisons. "We have been taking measures that seek to alleviate prison overcrowding and thus ensure the necessary social distancing", said Nyusi.

He cited the amnesty and pardon granted in April, under which 9,000 people left the jails. "These measures will be useless, if the judiciary continues to regard imprisonment as the priority instrument for preventing and fighting crime", said Nyusi.

Prior to his appointment to the Supreme Court, Cossa had been the presiding judge of the Maputo City Court. He is also a member of the regulatory body for judges, the Higher Council of the Judicial Magistracy.

France, U.S. May Intervene As Mozambique Insurgency Intensifies
Tagged:
Copyright © 2020 Agencia de Informacao de Mocambique. All rights reserved. Distributed by AllAfrica Global Media (allAfrica.com). To contact the copyright holder directly for corrections — or for permission to republish or make other authorized use of this material, click here.