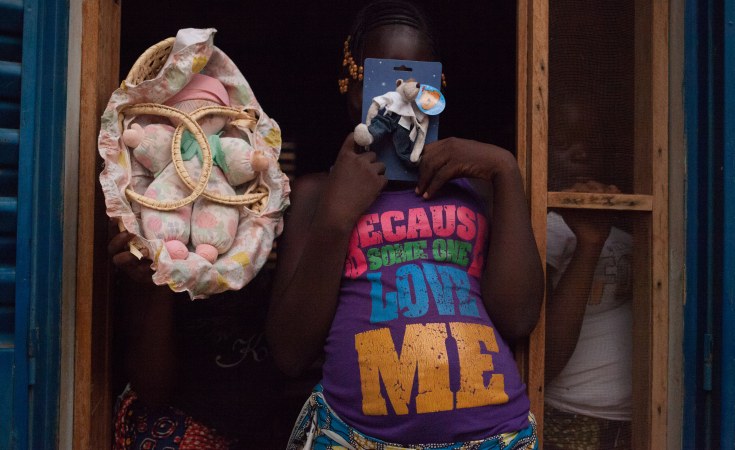 In western Cameroon, hundreds of single mothers protested this week against the cultural practice of forced marriage. The women, who say their parents forced them into early marriage, called on authorities to help end the practice, saying it too often ends in broken families.

Twenty-year-old single mother Metombemb Aicha has been leading protests against the forced marriage of teenage girls in western Cameroon.

Around the towns of Foumbot and Foumban, parents often force their girls to marry early, believing that tying the knot after the age of 14 brings the family bad luck.

Aicha says their protests at local palaces and in public urged Cameroonian authorities to put a stop to the cultural practice.

Aicha says most of the 300 people protesting were 14 years old when they were forced to marry men they did not know. She says some single mothers among the protesters decided to leave their homes with their babies after their husbands brought home other wives. Parents should allow young girls to choose their husbands, says Aicha, to stop the pain that forced marriages are inflicting.

Aicha formed the group Noun Sisters to support single mothers who leave these marriages and to push for an end to the tradition, practiced among Cameroon's Muslims and in villages. The group says the girls should be allowed to go to school.

The protests were sparked when a widowed, 17-year-old mother was last week being forced to marry her dead husband's brother.

The marriage was called off after the demonstrations.

But local officials say they should protect cultural practices of their forefathers, including forced, early marriage.

Foumbat palace official Ousmanou Mefirou says early marriage ensures that girls are married with their dignity as virgins. According to cultural norms, if a girl is a virgin, the groom's family gives her family more gifts as a so-called bride price. Her parents are also praised as model members of the community.

Mefirou says their tradition holds firm that a girl has no say on whom her husband should be. He says when a girl is 14, her father contacts the parents of a potential husband and they discuss the possibility and date for the marriage. Tradition also holds that a man who sees a girl he wants to marry should inform his parents, says Mefirou, not the girl.

He says forced marriages are rampant all over Cameroon but, more concerning in the west of the country. He says in these mainly Muslim communities, there are misconceptions that boys should make their choices while girls stay at home to prepare for early marriage. Since they are finding it difficult to convince people that boys and girls should be treated equally, says Kono, they will start punishing those who abuse their rights.

Cameroonian authorities say six out of 10 girls in these communities are forced to marry before the age of 16. Last year, Cameroon's National Institute of Statistics, citing the U.N., said nearly one-third of girls were married before their 18th birthday.

But in eight out of 10 of the forced marriages, the wives end up leaving their husbands before turning 18.