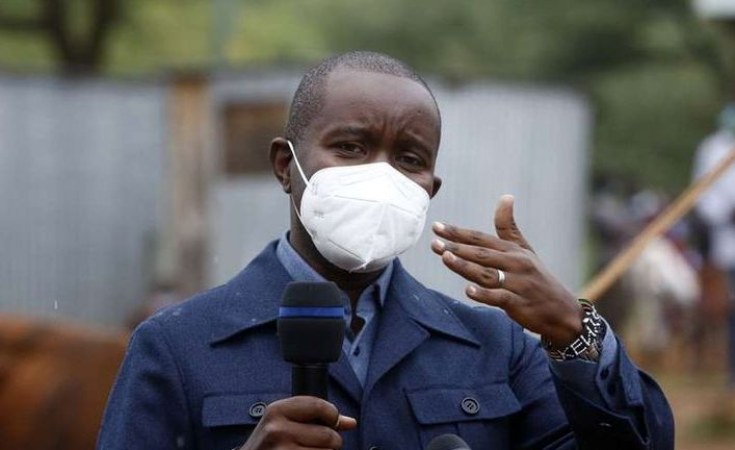 Telkom Kenya in collaboration with Google parent company Aphabet has officially launched a network of 4G internet balloons, making Kenya the first country in the world to commercially test the viability of the innovation in taking internet to rural communities.

Speaking during the launch on July 8 at Radat in Mogotio Constituency, Baringo County, ICT Cabinet Secretary Joe Mucheru said the Google Loon initiative will be transformational in unlocking rural economies by helping bridge the huge internet access gap in the country.

"Kenya has spent a lot in trying to provide universal internet coverage but the technology has been relying on terrestrial base stations. Now we are moving to aerial base stations to cover unserved and underserved regions," Mr Mucheru noted.

The balloons, which were sent to Kenya through the sea route from California, United States, 15,388 kilometres away, entered the country's airspace through Mombasa, with the first one appearing on March 14, after clearance from the Communications Authority of Kenya (CA), the Kenya Civil Aviation Authority and the Kenya Air Force.

Loon said it aims to offer a third layer of connectivity to help get more people connected to the internet worldwide.

"This is the culmination of years of work and collaboration between Loon, Telkom, and the Kenyan government," said Loon's Chief Executive Officer Alastair Westgarth, expressing his delight in ushering in Africa's first application of the technology.

There are now 10 internet balloons flying 60,000 feet above the ground, beaming internet to peoples' mobile phones living in a 50,000 square kilometre region.

The initial plan will be providing internet to residents of Kisumu, Kisii, Kakamega, Uasin Gishu, Bomet, Narok, Nakuru and Baringo counties where poor internet access curtails the right to information while derailing the mass utilisation of online platforms to make life easier.

"I feel proud for Kenya to be selected to lead the way to ensuring total inclusion for internet access. I appreciate the initiative by Telkom since it now means more businesses can be conducted online in remote villages," said acting Director General of Communications Authority of Kenya (CA) Ms Mercy Wanjau.

Telkom's chief executive Mugo Kibati said the balloons are solar-powered and wind controlled, emphasising that the model is the most applicable in Kenya's quest in addressing the internet connectivity inequality.

"The speed of internet ranges from 18-20 megabytes per second for downlink and 4-9 mbps for uplink and a latency of 19ms," he said, adding that innovations that narrow the economic gap will be needed as Kenya gears up for the fourth industrial revolution.

To enjoy the service, users will be required to purchase a Telkom sim card and subscribe to an internet bundle of their choice. Telkom, compared to its competitors, has the most affordable internet, where for Sh49, a user can purchase 700MBs of data.

However, the service is available from 6am and automatically goes off at 9pm when the balloons, which consume high solar power energy to keep users online, exhaust their stored power.

"The loons can only continue transmitting internet for a maximum of 3 hours after sunset," said George Mulaghui, Telkom's chief information officer.

The balloons stay up in the air for over 100 days before coming back down to earth.

Kenya is seventh in Africa in the internet affordability index but second after Madagascar in internet speed, boasting of the highest smartphone penetration on the continent, according to the World Bank Digital Report for Kenya of 2019. This makes the country a good choice to pilot the programme.

Telkom's Board Chairman Eddy Njoroge, said Silicon Savannah has marked a moment in history where higher connectivity will be key to emerging stronger from the economic contraction caused by Covid-19.

"In the new normal, schools are closed and only the well-off families can afford e-learning programmes. This launch is a big step to enable several rural schools to access digital education and keep learners in class," he remarked.

Mr John Barorot, Telkom's chief technology and information officer, told the Nation that the entire Loon project relies on artificial intelligence (AI) and machine learning algorithms to monitor the movement of the balloons.

"The balloons will send stray internet signals to Uganda and the Democratic Republic of Congo as their governments allowed us, but once they cross Kenya to Tanzania the signals will automatically switch off. This has been enabled by AI," he said.

Mr Mucheru said that time is ripe for the country move very fast to guarantee countrywide connectivity, with Telkom saying there will be 35 balloons in Kenya at the end of August.

"The government will launch an e-commerce project to serve as an online marketplace for the residents of served regions to sell and buy goods. Baringo, which has many bee keepers can sell their honey to global markets," he said.

Zenah Chesire, a resident of Radat, said she has been struggling to sell her honey online due to the previous poor 3G network connectivity.

"With the marketplace, I can broaden my customer base and make more money," the mother of two said.

Baringo Governor Stanley Kiptis said creativity and innovation is the way to go during the current disruption, encouraging farmers to use the opportunity to boost their incomes.

"With such a connectivity, farmers can get information on weather patterns and seasons and plan ahead. This helps them in decision making regarding their produce," he said.

However, Mr Mucheru said there are still hurdles in Kenya's plan to take the internet to villages due to the high price of smartphones.

"We will be working with the CA for a way to lower the cost of the devices. The aim is to have as many Kenyans as possible accessing the internet via their devices," he said.

If well implemented across all counties, and the cost of internet lowered, it could be a catalyst to enhancing efforts towards more access to e-learning, telemedicine, fintech, insurtech, online agribusiness while ensuring more Kenyans are involved in the take-off of Industry 4.0 by innovating solutions around the digital economy.

Internet Balloons Could Help to Bridge the Digital Divide