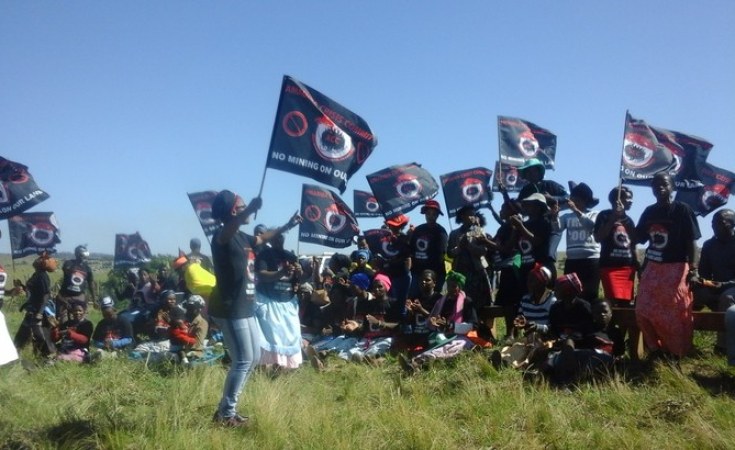 Cape Town — A South African court has heard the first part of a U.S. $1.3 million defamation suit that may have a profound impact on free speech in the country’s future.

What is a SLAPP suit?

SLAPP, an acronym for Strategic Litigation Against Public Participation, is a lawsuit brought in order to “censor, intimidate, and silence critics by burdening them with the cost of a legal defence until they abandon their criticism or opposition,” according to National Public Radio's Nazanin Rafsanjani.

Research conducted by global non-governmental environmental organization Greenpeace has found that 92.8 percent of SLAPPs in Europe have been presented as defamation suits, according to Jessica Ni Mhainin of Press Gazette. The objective of these lawsuits is not necessarily judgment in favour of the companies issuing the suit but rather the financial damage done to the defendants.

What types of SLAPP suits are there?

Common claims asserted in SLAPP lawsuits include the following:

Defamation: Defamation is defined variously in different legal systems but involves damaging the reputation of another, with “libel” often describing written defamation and “slander” spoken defamation. An organisation or individual may file a suit citing defamation as a response to criticism or negative coverage from a news report, blog or speech. This is the basis for MRC’s court argument.

Intentional infliction of emotional distress: In this case, a defendant has been alleged to have committed an act against a plaintiff that resulted in extreme emotional distress, often, like defamation suits, as a result of negative press coverage.

Interference with economic advantage or contract: Under this claim, allegations against the defendant would infer that they intentionally interfered with a contract between a third party and the plaintiff in order to benefit themselves. In a publishing context, this may be used in tandem with a defamation claim.

Conspiracy: Here a plaintiff alleges that the defendant, with a single or multiple third parties,  conspired to commit defamation, intentionally cause emotional distress or interfere with a contract.

Australian mining company Mineral Commodities Ltd (MRC) has been steeped in controversy for more than five years following its pursuit of two South African mining ventures - its attempt to mine titanium in Xolobeni on the Wild Coast of the Eastern Cape province and the Tormin mineral sands project on the West Coast in the Western Cape.

Coverage of the mining giant’s operations - particularly that of Xolobeni, where opposition by local residents resulted in violence - saw the eventual targeting of six South African individuals whom MRC alleges defamed the company in their public criticism.

The Asina Loyiko Campaign shared details of the court proceedings, upon which the following account is based.

Day 1 of the hearing

On the first day of the hearing, senior counsel for MRC, Advocate Peter Hodes argued that the special plea or defence raised by the defendants was not valid in terms of South African law, adding that Parliament would have enacted anti-SLAPP legislation if that was their intention. Hodges went on to say that companies should be allowed to sue activists if it meant defending their, the companies’, reputation and constitutional right to dignity. According to Hodges, this tactic is permissible even if its intention is that of silencing activists. He said that a company’s right to dignity is equal to the right of freedom of expression.

Speaking for the defendants, Advocate Steve Budlender argued that the motive behind corporations suing defendants who are unable to afford to pay damages is to silence them. Budlender added that under these circumstances a defamation claim should be recognised as an abuse of power as its primary intent is not to vindicate the reputation of companies but rather intimidate and financially ruin defendants.

He also highlighted a scenario in which a lawyer working for the CER was requested to present at the University of Cape Town's summer school. He said such lawyers would have to self-censor in order to avoid being sued for defamation. This would chill freedom of expression, “discouraging even the hardiest of souls from engaging in free speech.” He said that every environmental activist will be silenced if the abuse of process plea raised by the defendants is not upheld in court.

Advocate Anton Katz, for the University of Cape Town, argued that the speech of activists, lawyers and others with expert knowledge should be protected under the rubric of academic freedom. He said the protection afforded by South Africa's constitution to the freedom to impart and receive information would be relevant to determining the scope of academic freedom.

Day 2 of the hearing

Advocate Phasha for the Centre of Applied Legal Studies (CALS), argued that the intricacies of SLAPP suits should be appreciated while also noting that this kind of lawsuit should not be conflated with abuse of process.

Thandeka Kathi, an attorney at CALS, said: "SLAPP suits are used around the world by powerful entities to threaten and intimidate those who bring to light matters of public concern ... Their intention is not necessarily to win the case, but simply to waste the time and resources of the defendants. These two elements, being meritless and having an ulterior motive, are what define strategic litigation against public participation. It’s also exactly what we see happening in this case: the matter is both without merit and intended to discourage the defendants from vindicating their rights."

Under the common law, the recognition that SLAPP is an abuse of process as argued by the defendants:

• If the court finds the common law is deficient then there could be a decision to narrowly develop the case law, an alternative suggested by the defendants;
• That SLAPP suits are recognised under the common law but Parliament should be passing anti-SLAPP legislation.

Judgment was reserved in the matter.

allAfrica’s André van Wyk interviewed Tumai Murombo, Professor of Environmental Law at Wits University, about the nature of SLAPP suits and what potential the case by the MRC holds for the future.

Professor Murombo, please give a short description of your position.

I am a Professor of Environmental Law at Wits University teaching, researching and providing advisory services in environmental law, public participation, water governance, extractives, climate change and renewable energy, among other areas of law.

Several states in the U.S. and Canada have legislation that prevents SLAPP suits from having a chilling effect on public discourse. What kind of regulation do you think would help the development of an anti-SLAPP law for South Africa?

Ideally, in the South African context, any anti-SLAPP regulation should be framed within the constitutional context of access to information, freedom of expression, administrative justice and participatory governance. Once this context is understood, it helps to provide proper perspective to the need to protect the rights of public interest environmental organisations when they seek to protect the voiceless... and disempowered communities impacted by development activities.

South African anti-SLAPP regulatory reforms should focus on incorporating explicit provisions in legal clauses on public interest advocacy and litigation that seek to change the common law abuse of process rules that are clearly outdated for purposes of anti-SLAPP protection.

Vexatious proceedings legislation was never intended to protect against SLAPP suits, and equally the common law abuse of court rules are inadequate as remedies against SLAPP suits. This is despite the potential for the court to develop these common law rules... The mischief that law reform should target is the motive behind SLAPP litigation and the intended/resulting chilling effect.

In the event of a ruling favouring MRC, what legal recourse would activists in South Africa have to hold firms accountable for environmental damage in the future?

Even if MRC were to succeed in the main actions for defamation, activists can still use the environmental rights and other provisions in the Constitution, framework environmental legislation; and a broad array of specific environmental management legislation on water, mining, biodiversity, protected, air pollution, coastal zones management and marine resources  legislation and air quality control to hold firms accountable.

What activists have to be careful of, even if MRC actually loses, is the need for advocacy work to be evidence-based and factually accurate. In fairness to firms generally, activists should not shield behind the public interest label to perpetrate hyperbolic actions that infringe the rights of other persons. For instance, workshops, seminars, community forum speeches and presentations should be factual and be backed by reasonable evidence. A balance is necessary as well to pre-empt any SLAPP attacks.

Activists have been using the existing laws successfully without the backlash of SLAPP suits. It is necessary also to highlight that activists pleading lack of funding may not be looked at with sympathy when dealing with small and medium scale firms that are equally impecunious. Eventually truth and facts/evidence do matter.

The European Federation of Journalists recently called for the  "naming and shaming" of firms practicing SLAPPs. Would something like this help in South Africa and what other tactics could be used outside of court to help inform and gain the favour of the public?

In general naming and shaming only works when there is still a semblance of conscience in the actor being shamed. Most actors targeted by activists are large firms that have no conscience unless it hits them in the pocket by putting their reputation into doubt. I do not think that in South Africa naming and shaming SLAPPers would have any significant impact.

The cases at issue here demonstrate that naming and shaming has negligible effect. This is not to imply that in this case MRC has no shame but generally to say that natural persons are more easily shamed than firms that have no human faces. But in the absence of specific anti-SLAPP legislation, naming and shaming could be part of the tools to deal with SLAPP litigation.

Is there anything else you'd care to add regarding the case or SLAPP suits in general?