Kenya: Sonko, Badi Brace for Another Round of Supremacy Battle 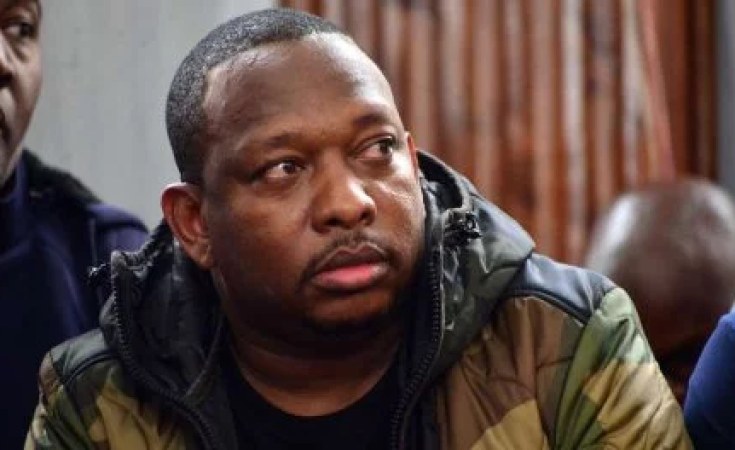 Nairobi Metropolitan Services (NMS) Director General Mohammed Badi and Nairobi Governor Mike Sonko could be headed for another supremacy battle over implementation of projects in the capital.

The post pointed out that the repair and installation of streetlights in Mlango Kubwa Ward have been done by the governor and area MCA Patricia Mutheu rather than NMS, drawing the fury of the new office.

"We have noted with concern that some persons in Nairobi County are taking credit for ongoing street lighting projects by NMS. As NMS, we categorically and clearly state that this street lighting program in Mlango Kubwa Ward 8, was undertaken by us on July 9, 2020," read a post on NMS's Facebook page.

It is only last month that a deal was struck between Badi and Sonko to see the two work together in service delivery to Nairobi residents with President Uhuru Kenyatta calling out on the latter to work closely with NMS team to ensure quick turnaround of interventions being implemented in Nairobi.

However, the truce seem to have been short-lived with NMS telling off "some persons in Nairobi County" of taking credit for work done by the office.

With no love lost between the two offices, the Major General Badi-led team stated that it does not wish to engage in any supremacy battles with anybody lest they get distracted from implementing the four county functions under the new outfit for enhanced services provision in Nairobi.

The new office made it clear that the function is one of the services that were transferred in the Deed of Transfer between the County Government and National Government, which saw the establishment of NMS on March 18, 2020 by President Kenyatta.

Stamping its authority, the new office warned "those out to apportion unearned credit on themselves" for the ongoing successful NMS works that their days are numbered.

"We shall not entertain this unworthy practice and urge such persons to desist from such behaviour."

At the start of last month, the two offices engaged in an online exchange over the ongoing implementation of a non-motorised transport system in Kenyatta Avenue, Wabera and Muindi Mbingu Street with each claiming credit for the same.

At the time, Sonko's spokesperson Ben Mulwa said the project is a brainchild of the governor with contracts awarded as early as 2018 as part of City Hall's greater investment in infrastructure like roads and health.

He explained that the contract for Kenyatta Avenue was awarded on August 19, 2019 by the county government for development of a pedestrian walkway, car park and the lawn while the one for Muindi Mbingu Street was awarded in August 2018.

"NMS has only been in operation for less than three months and as you know government procurement procedure, we cannot say it is an initiative of the NMS. What it is doing is phase two of the project where they are blocking one of the parking slots to create a cycling lane," he said.