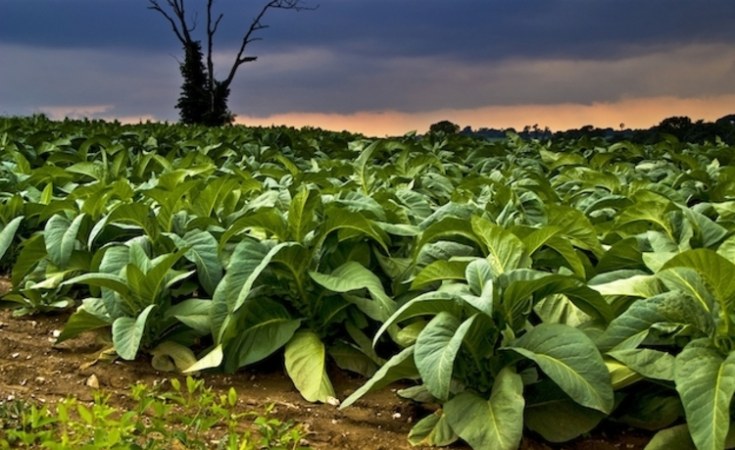 The Herald
Tobacco farm.
The Herald (Harare)
By Elita Chikwati

Tobacco growers have earned a collective US$319 million from the sale of 133 million kilogrammes of flue-cured tobacco since the marketing season started at the end of April.

This is an increase of 19 percent in earnings compared to the same period last year.

The bulk of the crop sold so far has come from the communal and A1 sectors.

The Tobacco Industry and Marketing Board statistics show that during the same period last year farmers had sold 146 million kilogrammes valued at US$268,1 million.

There have been concerns over the domination of the market by contractors, but some farmers have indicated that they were attracted to the contract system because of the readily available inputs and higher prices.

Most contractors said they offered their contracted growers higher prices because of the high quality leaf and also to guard against side-marketing of their crop.

Zimbabwe Commercial Farmers Union president, Mr Shadreck Makombe, yesterday said the coming in of the foreign currency auction system had helped in motivating farmers to deliver their crop to the auction floors.

"The fixed rate had made some farmers shy away from selling their crop, but now that we have the auction system, we hope our farmers will continue to deliver their crop, but at the end of the day it is an individual farmer's decision to decide when to sell," he said.

Mr Makombe said there was a lot of activity on the ground, as farmers were sowing their seedbeds to work within the time frame for quality yields.

Tobacco Association of Zimbabwe president, Mr George Seremwe, said most of the smallholder farmers had sold their crop.

He said the slight change in the deliveries could be because farmers were waiting to see what happens with the exchange rate.

"Commercial farmers are still bringing their crop to the floors," he said.

"We hope there will be an incentive as the case with cotton farmers. There has been some improvements in the payment system at the auction floors."

"A weekly rate could result in speculation, with farmers delivering only on days after the auction and withholding on days prior to the day of auction," he said.

The Second Crop Assessment report shows that tobacco production is expected to decline slightly from the record 259 530 million kilogrammes last year to 224 158 million kilogrammes in the current season due to the reduced area and the erratic rains that were experienced.