Ethiopia: PM Abiy Faces Haunting Past in an Attempt to Reform Political System 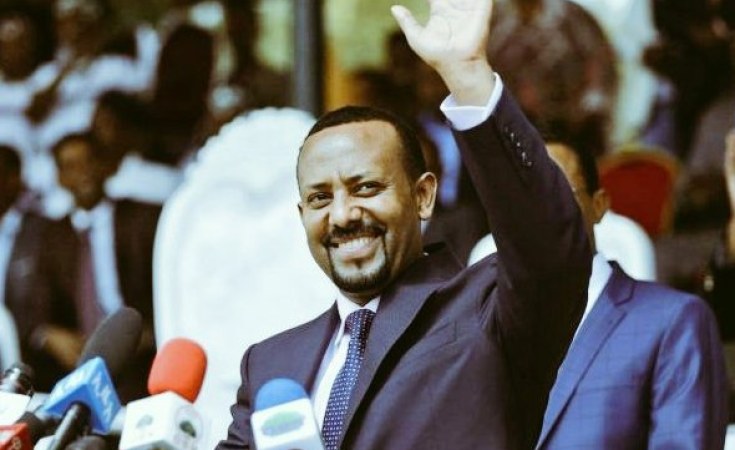 Ethiopian Prime Minister Abiy Ahmed is rarely described as a man under siege.

The first Oromo to become Prime Minister, he also became the first Ethiopian to win the Nobel Peace Prize.

Two weeks ago, popular singer and activist Hachalu Hundesa was gunned down in Addis Ababa, sparking protests mainly in his native Oromia region.

Abiy's office issued a lengthy statement on Friday, pledging to bring the musician's killers to book, but chastised his opponents "for taking advantage of the incident to sow seeds of discord".

There is an attempt to paint a wrong picture of the political situation by highlighting piecemeal information, with little effort to delve into what really happened," Abiy's office said.

The singer, popular in Ethiopia and the diaspora, became a leading activist for the Oromo, Ethiopia's biggest ethnic group of about 40 million. No member of the community had tasted power till Abiy's ascent.

International Relations Society of Kenya (IRSK) chief executive Peter Mwencha says Abiy may have missed a golden opportunity when he initiated changes to eliminate Ethiopia's archaic systems, since he could not unite interests.

"The PM has initiated wide-ranging reforms such as amnesty for exiled opposition figures, repealing oppressive laws and reconciling Ethiopia and Eritrea," Mwencha told the Sunday Nation.

His desire was to transform Ethiopia's ethnic federalism to a more inclusive and democratic one. It also included collapsing the four main parties of the ruling Ethiopian People's Revolutionary Democratic Front (EPRDF), which sort of presented the country as a confederation of ethnic nationalities.

That merger resulted in the Prosperity Party, seen by Abiy as one for a broad-based, progressive agenda.

"The lack of shared ideology among the leading ethnic elites, the divergent ethno-nationalistic aspirations of various groups as well as historical grievances and disputes have created a dynamic that has made it difficult for Abiy to push his reform agenda," Mwencha said.

That, coupled with contested reforms - including privatisation - have stoked anger in groups opposed to centralisation.

Some of Abiy's critics say he failed to read history where he would have learnt what to avoid.

"Fixing Ethiopia requires strategic foresight, knowledge and appreciation of history. Abiy has none and his Messiah complex doesn't allow him to take advice."

When Abiy won the Nobel Prize, he was praised for promoting peace in Sudan and re-establishing ties with Eritrea.

However, he has failed to establish that rapprochement in his own country, argues Awol.

A senior Ethiopian policy administrator told the Sunday Nation that while the country has always had tribal tensions, the introduction of ethnic federalism by the regime of Meles Zenawi sort of prevented disasters by giving autonomy to communities.

Abiy's push to centralise politics, the official argued, has been resented.

"Oromo protesters propelled Abiy to power because elites felt he could be a compromise leader. The Oromo Liberation Front and other banned groups were allowed back. But he doesn't look like he can complete the reforms," the official said.

"He has tactically delayed polls without consulting the opposition. Abiy is using emergency laws applied by his predecessors to clamp down on the dissent. Tanks are being used on protesters but what will happen when they leave?"

The PM's reforms have been contested by ethnic groups who fear losing their political influence and opportunity to shape their future.

Mehari Taddele Maru, a professor at the European University, said the situation in Ethiopia means Abiy is struggling to run a unified country, yet the risks of using force are great.

"In the absence of constitutive dialogue with the people and given the futility of using force, the weapons of coercion for political authorities boil down to deception, manufactured legalistic confusion and corruption. This will certainly fail," he tweeted on Thursday.

The PM's foreign policy has been such that he strengthened ties with Somalia, departing from predecessors who chose to work with splinter parties.

He has gone lukewarm on the traditional ties with Kenya.

Rashid Abdi, a researcher, says Ethiopia may slide into chaos.

"The world can look away or invest in concerted action now to avert disaster. Ethiopia is too big to fail," he said.