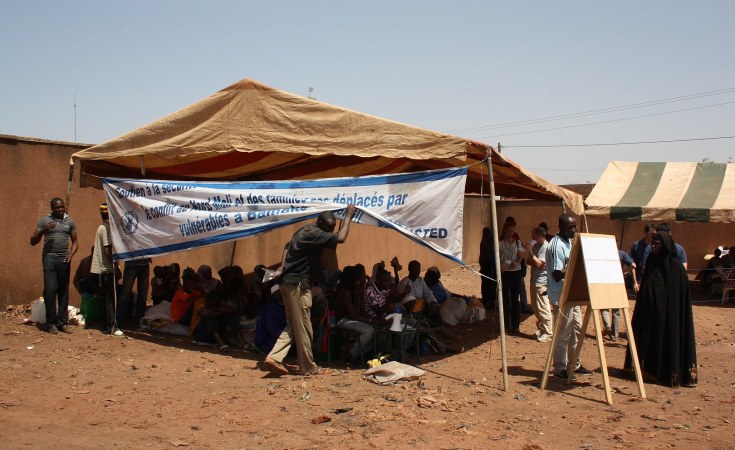 Rome — To balance the increases, richer countries may need to scale back, flagship UN report suggests

To feed their people a healthy diet, countries from Ethiopia to India may need to hike their climate-changing emissions - a shift only possible if richer nations simultaneously curb theirs, a United Nations flagship report on hunger said Monday.

Increasing emissions to provide poor children, in particular, with more protein or dairy products - "outweighs the negative effects deriving from higher national emissions" in those countries, the report said.

But Brent Loken, lead author of an upcoming report on the G20's role in transforming the food system, said overall global emissions cannot increase as diets improve in poorer countries.

That means rich nations - from the United States and Britain to South Korea and Argentina - would need to cut back on carbon-intensive diets, both he and the annual U.N. report said.

Currently, the world's food system is responsible for at least a fifth of planet-heating emissions, according to the report.

Scientists have warned that failure to curb the world's still-growing emissions could lead to crises from food and water shortages to worsening weather disasters and sea level rise.

In Indonesia, more than a third of children under five are stunted and a quarter of all adults are overweight or obese.

Ensuring a healthy diet - on average 2,300 calories per person per day, including sufficient protein - for everyone would increase Indonesia's emissions by 15%, said the five U.N. agencies behind the report.

But Malawi's small size means such an increase would not have a significant global impact, he said.

Agnes Kalibata, a U.N. special envoy for a summit next year on improving food systems, said tradeoffs between lowering emissions and improving nutrition do "not need to be our only path forward".

She pointed to a programme in western Kenya where environmentally-friendly farming practices doubled yields of staple crops and farmers "are no longer encroaching on forests for farming or fuel because they don't need to".

Ethiopia's government plans to produce more meat and dairy products - but by raising more productive animals rather than more of them, said Katrin Glatzel, program head of the Malabo Montpellier Panel, a group of international agriculture experts.

Both meat and dairy require more climate-changing emissions to produce than food typical of a vegetarian diet, scientists say.

In North America, with both a meat-heavy, carbon-intensive diet and a serious problem with obesity, shifting to healthier diets would cut both emissions and healthcare costs, said Cindy Holleman, the U.N. report's editor.

But the new figures, based on updated data for 13 countries including China, do not mean the world is winning the fight against hunger, it said.

Overall trends still show hunger rising since 2014 and the economic shifts associated with the coronavirus pandemic could leave an additional 83 million to 132 million people hungry globally in 2020, the report warned.

Hunger is rising fastest in rapidly growing Africa. The region is likely to account for half of the world's hungry by 2030, it said.

(Reporting By Thin Lei Win @thinink, Editing by Laurie Goering(Please credit the Thomson Reuters Foundation, the charitable arm of Thomson Reuters, that covers the lives of people around the world who struggle to live freely or fairly. Visit http://news.trust.org)