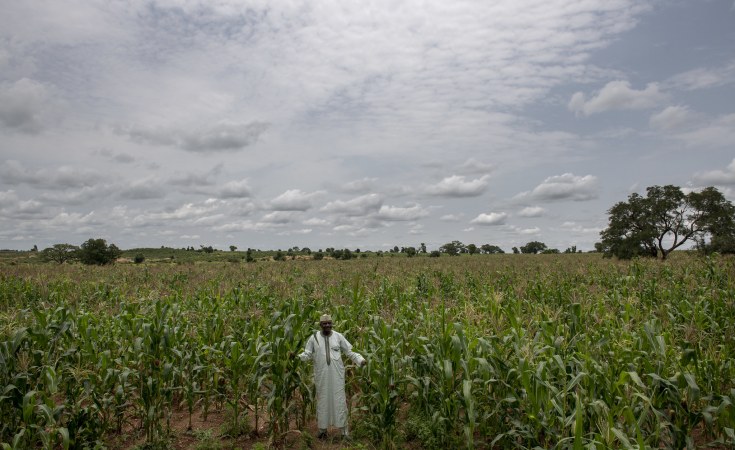 A day after a PREMIUM TIMES report showed that Nigeria's maize importation failed to decline in two years despite farmers saying they can meet local demand, the Central Bank of Nigeria has stopped the issuance of forex for the importation of the cereal.

The CBN made this known on Monday in a circular signed by O.S. Nnaji, its director, Trade and Exchange Department.

The decision, according to CBN, is to boost local production of maize.

"As part of effort by the Central Bank of Nigeria to increase local production, stimulate a rapid economic recovery, safeguard rural livelihoods and increase job, which were lost as a result of the ongoing Covid-19 Pandemic, Authorized dealers are hereby directed to discontinue the processing of Form M for the importation of maize/corn with immediate effect," CBN said in the memo.

Form M is a mandatory document used by the Ministry of Finance and the CBN to monitor goods that are imported into the country as well as enable collection of import duties where applicable.

The bank, however, asked the dealers to still submit the already registered forms.

"Accordingly, all authorized dealers are hereby requested to submit the list of Form M already registered for the importation of maize/corn using the attached format on or before the close of business on Wednesday 15, 2020," CBN said.

Data obtained from the United State Department of Agriculture (USDA) shows that Nigeria imported 400,000 tons of maize in 2019 as it did in 2018.

That figure, recorded separately in both years, is the second-highest maize import volume for the country since 2009.

Since its introduction to Africa in the 1500s, maize has become one of Africa's dominant food crops.

Nigeria is Africa's top producer of maize, followed by Tanzania, according to the International Institute for Tropical Agriculture. But the country is also a leading importer as demand for animal feed grows in the country.

Nigeria's annual need for maize is estimated at 15 million metric tons while the country's local production is 10.5million tons.

According to Edwin Uche, the national chairman of Maize Growers and Processors Association of Nigeria (MAGPAN), he told PREMIUM TIMES that maize farmers in Nigeria can produce enough maize needed in the country if the government supports them with more incentives.

"We are capable of producing the needed quantity of maize in the country if the government can place a ban on maize importation and provide us with the necessary incentives such as financial aids, loans, fertilizer among others," Mr Uche said.

Also, according to Abraham Godson, a former research supervisor at IITA, Ibadan, continuous importation of agricultural commodities like maize can weaken the country's economy.

"It is sad that we still import many of the agricultural produce that we produce locally. This leads to the continued depreciation of the naira and in turn weakening of the economy and our international purchasing power. More efforts should be made at changing our economy and especially the agricultural sector from a consumption-oriented to export-oriented," Mr Godson said.

"A new strategic policy is urgently needed to reverse this trend. It should be geared towards modernizing agriculture through supply of agricultural machinery to farmers, improved seeds, agrochemicals to farmers, and a nationwide capacity building and training for those involved in agriculture," he added.

The CBN on June 23 during the flag-off of 2020 wet season maize farming in Delta State expressed its readiness to support about 200,000 maize farmers across the country to boost maize production.

The plan, according to CBN, is to support maize farmers with 166,000 farming inputs that will lead to the production of a minimum of 4 tons of maize in a hectare of land.

The bank said it would do more next season if farmers deliver.

Nigerian Singer in Hiding Over 'Blasphemous' Song
Aid and Assistance