Nigeria: How Nigeria Has Fared in Rice Production Since 1999 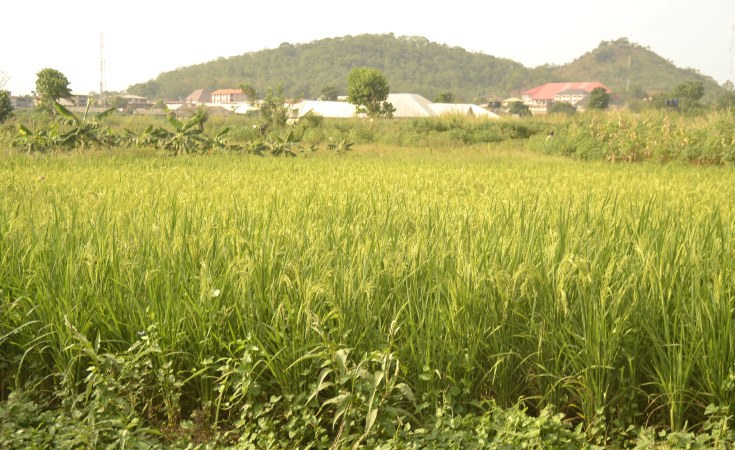 Nigeria has produced more rice in the last five years than at any other time since the return of democracy in 1999, data from the United Nations Food and Agriculture Organization (FAO) shows.

The FAO data shows that between 2014 and 2019, Nigeria maintained top spot among rice producers in Africa.

Between 2014 and 2016, Nigeria's rice paddy production figures constantly rose from 6.0 to 6.2 and to 7.5 million metric tonnes respectively.

When compared by government administrations in the last two decades, rice paddy production has so far averaged at about 7 mmt under the Buhari administration -- the highest.

It averaged at 4.1mmt, 5.4mmt and 3.3 mmt during presidencies of Musa Yar'Adua, Goodluck Jonathan and Olusegun Obasanjo respectively.

The president of Rice Farmers Association of Nigeria (RIFAN), Aminu Goronyo, attributed the increase seen in rice production to the Anchor Borrower's Programme and ban on forex for food importation, coupled with land border closure.

"That alone is a sign, an indication and a true testimony that this administration has achieved self sufficiency in rice production for Nigerians," he said.

Before the border closure in 2019, a ranking by the United States Department of Agriculture (USDA) showed that, at 2 mmt, Nigeria was the second largest importer of rice in the world in 2016, behind China at 5 mmt.

As of June 2020, the index shows that Nigeria is the fourth-largest importer of rice in the world.

However, despite the increased production in recent years, the cost of milled rice per 50kg bag has increased.

A finance analyst and managing director of financial derivatives company, Bismarck Rewane, attributed the increase in the prices of processed rice to inflation.

Also, the managing director of Kebbi-based Labana rice mill, Abdullahi Zuru, said the increase in price is not exclusive to rice.

"The prices of all other food items have increased," he said.

Like Mr Goronyo, Mr Zuru said the increase in rice production in recent years was due to the the Anchor Borrower Programme (ABP) introduced by the Buhari-administration in 2015.

In November 2015, Mr Buhari launched the ABP to provide farm inputs in kind and cash to small-holder farmers (SHFs) to boost agricultural production and for the country to reverse its negative balance of payments on food.

The loans are disbursed through any of the Deposit Money Banks (DMBs), Development Finance Institutions (DFIs) and Microfinance Banks (MFBs), all of which the programme recognises as Participating Financial Institutions (PFIs).

According to the guidelines of the programme, upon harvest, benefiting farmers are expected to repay their loans with harvested produce (which must cover the loan principal and interest) to an 'anchor' who pays the cash equivalent to the farmer's account.

"The ABP is what boosted rice production in Nigeria" Mr Goronyo said, before 2015, what our farmers are getting from their hectares is between 1.5 metric tonnes to a maximum of 2.5 metric tonnes.

"But today, the same farmers are getting between 5-9 metric tonnes from the same hectares. It is all about the support we're getting from the Central bank through the ABP initiative," he said.

Upon kickoff, the programme got its takeoff grant from the N220 billion Micro, Small and Medium Enterprises Development Fund (MSMEDF). Farmers get loans at nine per cent interest rate. They are expected to repay based on the gestation period of their commodities.

In August last year, the Nigerian government closed its land borders three months after signing the African Continental Free Trade Agreement (ACFTA), to curb the influx of smuggled goods from neighbouring countries such as Benin, Niger and Cameroon, and as well boost local food production.

The former general manager of Kebbi State Urban Development Authority (KUDA), Babangida Gwandu, who grows rice at the Dukku River axis of Birnin Kebbi, said the border closure has affected them both positively and negatively.

However, he said, the border closure has taken a toll on the livelihoods of border communities as it has affected free trading.

"If you go to these borders, life has been very difficult for them," he said.

Before 2014, Egypt was Africa's largest rice producer, but it was overthrown by Nigeria in 2014, and it has remained so till date.

Egypt purposefully reduced her production so as to have "sufficient water to cultivate other crops and for domestic use" and "as a result of water scarcity, given that one sedan of rice consumes 7,000 cubic meters of water"

Even at that, on the average, in the last two decades, Egypt, with 5.8 mmt, produced the highest amount of rice in Africa.

The north African country is followed by Nigeria, with approximately 4.5 mmt, and Madagascar with 3.6 mmt, data shows.