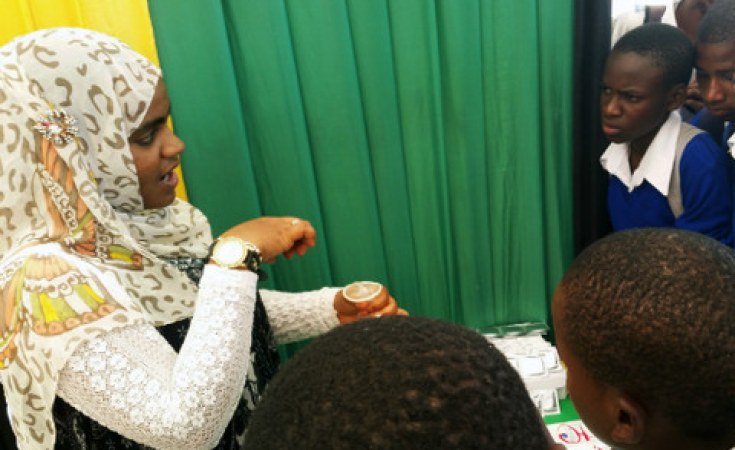 More HIV-infected and unwanted pregnant women in Africa are feared by Evelyn Samba from the German Foundation for World Population. States invested too little in their healthcare. Fatal in the corona crisis:

With around 500,000 confirmed COVID-19 cases across the continent (as of July 11, 2020), Africa does not appear to have been hit as hard by the pandemic as other regions of the world. However, the numbers could be higher, as many governments on the continent lack the materials and resources to test for the virus.

Many African governments have put in place measures to shore up their economies and to cushion their citizens from a downturn in earnings. However, discussions about the effect of COVID-19 on other aspects of life, such as reproductive healthcare, and the well-being of women and girls at risk of gender-based violence, have been largely neglected.

This has already had dire effects on reproductive, maternal, new-born, child and adolescent health in Africa.

The disruption to access to sexual and reproductive health services in Africa is putting pregnant women and their families at increased risk. And this isn't just a short-term problem.

In Zimbabwe, the number of caesarean sections performed decreased by 42%, and in April only 15% of births took place with skilled health attendants compared to last year. Access to contraceptives in many areas has decreased by 90%. In some parts of Kenya, only a quarter of pregnant women were able to go to antenatal clinics.

Millions of Africans depend on public health institutions for reproductive health. The United Nations Population Fund (UNFPA) in a report found that in times of crisis, reproductive health needs are likely to be overlooked. But even during the COVID-19 pandemic, African governments need to keep providing reproductive healthcare services.

That means, at the very minimum, the public health sector must be able to address complications of pregnancy and delivery, the transmission of sexually transmitted infections including HIV and AIDS, adolescent sexual and reproductive health concerns, and ensure access to condoms and other contraceptives.

Midwives need to be able to visit women and information campaigns need to continue even when everyone wears a facemask. And even during the pandemic, African women, and their partners, need to have a satisfying and safe sex life - and be able to choose if and when they want to have children.

If that is not ensured, countries across Africa are likely to see an increase in sexually transmitted infections, including HIV, increased unintended pregnancies and unsafe abortions as well as a rise in maternal and neonatal deaths. Even before the pandemic, many

African governments were struggling with these issues. Many also did not manage to meet funding requirements for health - including sexual and reproductive healthcare.

Despite progress over the years, many African women and girls are still unable to enjoy their reproductive rights. Far too many women do not have access to modern contraceptives, too many adolescents and young people are getting pregnant and getting infected with HIV.

Improvements achieved over decades are now at stake if we do not pay attention to reproductive healthcare amid the pandemic.

The silver lining is that we have commitment from the highest political office on reproductive healthcare. At theNairobi Summiton the 25th anniversary of the International Conference on Population and Development (ICPD +25) in 2019, African governments committed to provide much needed family planning information and services, to end preventable maternal deaths and maternal injuries, as well as stopping sexual and gender-based violence and harmful practices.

As African governments reorganize public health systems to respond to COVID-19, decision makers need to keep in mind that, at the same time, it is also imperative to provide adequate funding to meet the reproductive healthcare needs of African women and their partners.

Evelyn Samba is the Kenya country director of the German Foundation for World Population (DSW). The NGO works in several African countries and in Europe on sustainable and rights-based population development issues. One of its main focuses is ensuring access to sexual and reproductive health and rights services for women and young people.

How Covid-19 Affects the Reproductive Health of Young People