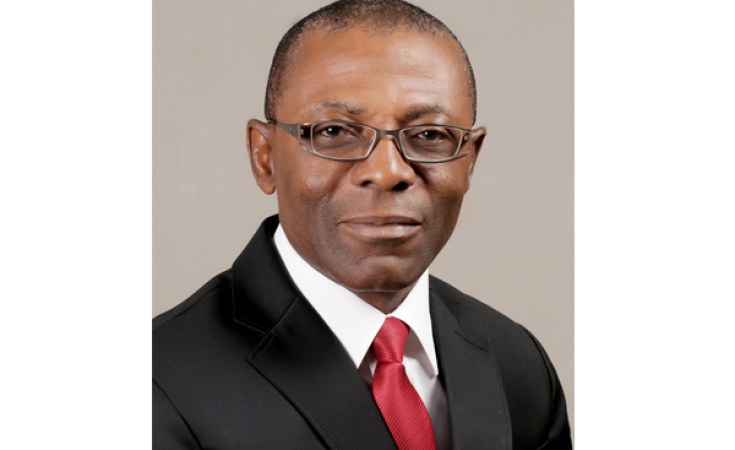 The Office of the Auditor-General of Federation has indicted the embattled outgoing Managing Director of Nigerian Bulk Electricity Trading company (NBET), Marilyn Amobi, for financial mismanagement, disrespect for due process, and contract fraud.

The indictments are contained in a June 2020 Auditor-General's special report on audit monitoring and evaluation of NBET's capital projects and programmes between June 2017 and June 2018. The report was submitted to the National Assembly as Nigeria's Constitution provides.

The provenance of the report, obtained by PREMIUM TIMES on Tuesday, is a whistle-blower, and this paper verified the report to be genuine.

Ordinarily, the audit checks should form some paragraphs in the annual Auditor-General's Report, but the Auditor-General, Anthony Ayine, wrote that it had become necessary to issue the special report "because of the public interest generated in the NBET's affairs."

Appointed in 2016, Ms Amobi has had a controversial stint at NBET. In February 2019, PREMIUM TIMES reported how she controversially paid at least N2 billion to two power generating companies and made controversial payments to law firms and other consultants.

In the June special report, the Auditor-General noted a contract variation of N4.8million from the initially approved amount of N136 million for the partitioning of office space awarded to Julius Berger which thereby brought the total contract sum to N141 million without the approval of the appropriate Tenders Board.

Ms Amobi, however, reportedly responded that the variation amount of N4.1million was within her threshold. She was, nevertheless, overruled by the Auditor-General, who asked for a refund of N4.1million.

In the 2017 budget, NBET had a N470.5 million appropriation for procurement of "operational vehicles/conveying of staff and consultants and project management/monitoring of NBET's executed new PPAs/IPPs."

However, according to the audit report, NBET used N355 million of that appropriation to procure 12 vehicles but only three (Toyota Hilux), costing N66.7 million, were for project monitoring. The remaining nine were "status/luxury vehicles all of which cost between N21 million and N67 million each and distributed to management staff."

The audit report concluded that the sum of N288 million spent on luxury vehicles not appropriated by the National Assembly was a breach of the 2017 Appropriations Act and Financial Regulations (415) 2009 in respect of economy of expenditure.

"The management should be sanctioned for gross misconduct in line with Financial Regulations 3129 and other extant rules and regulations," the report recommended.

Between 2014 and 2019, the report said NBET did not submit its audited accounts, thereby breaching Financial Regulations 3210(v). Ms Amobi started as the head of NBET in 2016 and she is leaving in just over a week after she failed to earn a tenure renewal.

The audit report also noted a N20.9 million contract for NBET's audit manual. While NBET made full payment, there was no evidence of job execution, the report said, adding that was a breach of Financial Regulations 3104(iii), which requires a full refund of the "fraudulent" payment by the the official (Ms Amobi) and that the matter be referred to the EFCC.

The report also said Ms Amobi authourised N65.6 million for an international training without the required approval of the Head of the Civil Service of the Federation.

Ms Amobi "should be sanctioned in line with Financial Regulations 3129," said the report.

Ms Amobi did not reply to a message requesting her comment for this report.

PREMIUM TIMES had on June 10 exposed how Ms Amobi continued to run a private firm, ESL Economics and Management Limited, registered in the United Kingdom, while being a public officer in Nigeria in violation of the country's code of conduct for public officials.

Top administration officials then said our report angered President Muhammadu Buhari who immediately ordered her immediate removal. But the finance ministry swiftly came to her aid with a presidential memo allowing her to complete her tenure.

Last December, Ms Amobi was suspended by the power minister, Saleh Mamman, who claimed that the move was in continuation of the government's effort to reorganise and sanitise the Federal Ministry of Power and its affiliate agencies.

Consequently, a five-member investigative committee was constituted to probe the myriad complaints leveled against Ms Amobi.

The suspension, last December, of Ms Amobi came after PREMIUM TIMES reported how she instigated the arrest and detention for several hours of nine top officials of the bulk trader by the State Security Services (SSS, also called DSS). The embattled MD had been accused of abuse and intimidation of employees in recent time, with concerns over workplace safety and teamwork among staff members.

But in January, Mr Buhari curiously overruled the minister, reinstating Ms Amobi despite her indictments by anti-graft agencies, EFCC and ICPC.