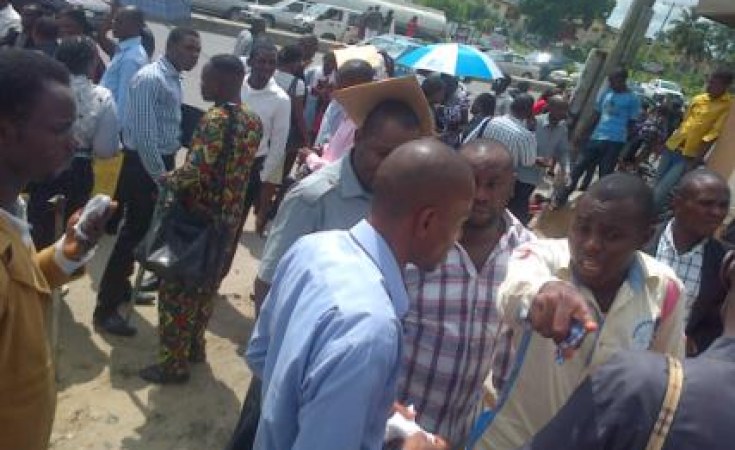 Abuja — The Senior Special Assistant to Vice President Yemi Osinbajo on Media and Publicity, Mr. Laolu Akande, has said that his principal has become a target of people who have political objectives in 2023, coupled with the position he holds as the deputy to President Muhammadu Buhari.

He said his boss was not thinking about any 2023 ambition but remained focus on supporting Buhari in delivering the goals of his government.

Akande spoke on Monday night during an Instagram Live Chat with Dele Momodu of Ovation Magazine.

He said the vice president would not be distracted by 'false' reports and 'lies' circulating in the media of late.

According to him, people with obnoxious agenda are trying to smear the person of the vice president with ridiculous stories.

Osinbajo had denied the latest allegations that he collected N4 billion from the suspended acting Chairman of the Economic and Financial Crimes Commission (EFCC), Mr. Ibrahim Magu, and asked the Inspector General of Police, Mr. Mohammed Adamu, to probe the United States-based publisher of the online medium that made the allegations.

Reacting to these allegations, Akande said: "It is ridiculous and incredible, some of the types of stories that are out there. What I have found out is that being the vice president and is a very active vice president that understands how to connect with the people, that rising profile itself, in a political atmosphere that is extremely murky, I think those who have all kinds of unscrupulous ideas, people with despicable agenda have reasons to try to smear the person that is holding that office.

"Like I said, because of the position that he holds, next to the president and because of all the kinds of imaginations that people have to think about him, I think, up to a point, he has become a kind of a political target."

When asked whether the so-called attacks were to frustrate any ambition the vice president has in 2023, the aide said: "Personally, I don't have a doubt in my mind that there are people who have political objectives who might consider him (Osinbajo) a threat. But what I like to tell Nigerians is, I'm his spokesperson and all I know he wants to do is to do this job that he has been given very well and he doesn't have any other plans right now about any such thing. I can tell you that clearly.

"He has said to me several times; see Laolu, this is not a monarchy, we are going to be here for four or at best eight years. Let's just focus and do the work so that when we are gone, people will say we did this and that. So, he is entirely consumed with the job. I'm his spokesperson and we have not talked about what he is going to do in 2023. What's the point?"

Akande noted that the objective of the 'fake news' is to cause confusion and distraction but his principal would remain unfazed.

"Part of the objectives of some of these attacks is to distract him. But he will not be distracted. The goal is to bring confusion but he is not distracted.

"The vice president is not talking to anybody about 2023. He is not thinking about it. He is focused on the job that the president has handed over to him and he just wants to support the president to deliver his goals," he explained.