Uganda: In African Villages, Coronavirus Sparks Fears of a Spike in Malaria Deaths 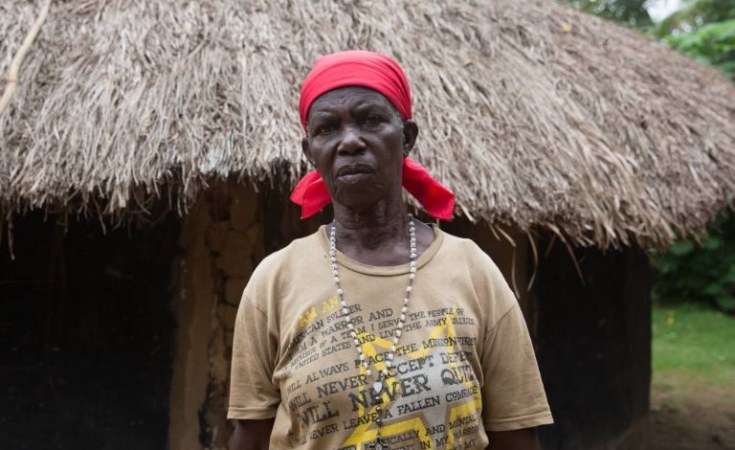 Gulu/Palabek, Uganda — Lockdowns have hit distribution of nets and people with malaria symptoms are delaying seeing a doctor for fear of the virus

In her small home in northern Uganda surrounded by the six children she cares for, Acayo Rose, 74, sleeps under a mosquito net she inherited from a dead relative.

"My net has many holes," said Rose, dressed in a t-shirt with the words "never quit", as she gestured towards the bedroom in the old, run-down building in Gulu district where she lives. "All the nets have holes."

Rose has just recovered from malaria, which also infected the two-year-old grandchild she cares for.

She is unemployed and went into debt to pay for the 25,000 Ugandan shillings ($6.80) medication needed to treat both herself and the toddler, whose life she feared was at risk.

"It was really terrible," she said, watching him playing with a stick on the ground.

World Health Organization (WHO) data shows about 405,000 people died from malaria in 2018, with sub-Saharan Africa accounting for 94% of these deaths. More than two-thirds of the victims were under five.

The WHO warned in April that the number of annual malaria deaths in sub-Saharan Africa could almost double this year due the coronavirus pandemic to 769,000 - a level last seen 20 years ago.

The spread of COVID-19 has impacted access to anti-malarial medication, with people wary of going to a doctor, and the distribution of insecticide-treated mosquito nets.

It would not be the first time an outbreak of another disease led to a rise in the number of malaria infections.

North Kivu province in the Democratic Republic of Congo saw an eight-fold increase in malaria cases after the 2018 Ebola outbreak there as the focus of medical efforts shifted.

Aware of the risks, many countries are pushing ahead with campaigns aimed at reducing the numbers, concerned about losing gains made in recent years to reach a globally agreed United Nations target to eliminate malaria by 2030.

Uganda is planning a nationwide mosquito net distribution programme this year, the first since 2017, with about 27 million nets to be given out to 43 million people.

The distribution teams have started work, kitted out in protective gear and supported by the Global Fund to Fight AIDS, Tuberculosis and Malaria, the Against Malaria Foundation, and USAID.

"Mosquitos are not in a lockdown, they are still free. Why survive COVID-19 and die of malaria?" said Jimmy Opigo, a programme manager at Uganda's Ministry of Health National Malaria Control Program.

Uganda has reduced the prevalence of malaria to about 9.2% in 2018 from 42% in 2009 and Opigo said it was key that routine public health interventions continued, despite the pandemic.

"For malaria especially, if you don't respond we can have a resurgence and an epidemic. A reversal and a loss of all the gains we have made," he told the Thomson Reuters Foundation.

But while efforts are under way to distribute bed nets, some healthcare workers fear the government-distributed nets will be too slow to arrive.

"We have some of the worst malaria rates in the world," said Nicolas Laing, co-founder of One Day Health, which runs remote health centres in northern Uganda. 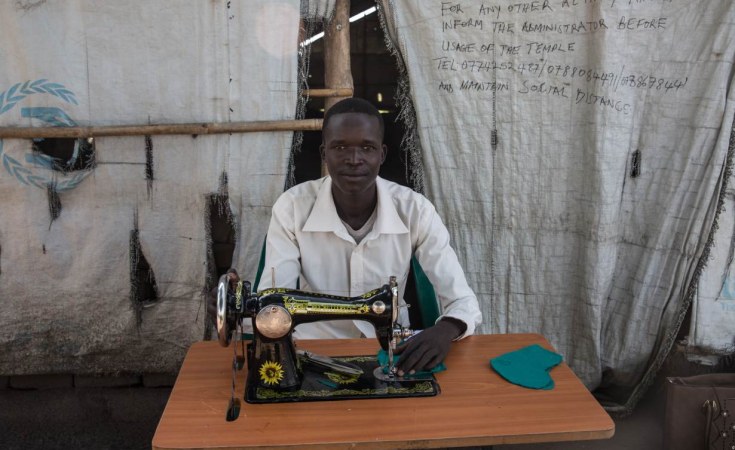 Laing is raising money to buy 5,000 nets, fearing the government ones will come too late.

"Malaria season in Gulu is between April and October and we're due to get our nets in October or November," Laing said.

"It's absolutely crippling ... You have all these children and adults who are anaemic. They have much lower energy than they should."

Across Africa, where there are now more than 600,000 confirmed COVID-19 cases, healthcare workers fear the pandemic is deterring people from visiting doctors.

"There is a general hesitation to visit any health facility because patients, and also parents of patients, are afraid about getting infected," said Fabio Biolchini, head of a Medecins Sans Frontieres (MSF) hospital in Sierra Leone's Eastern Province.

Biolchini said they were only seeing a third of the numbers of patients that came this time last year, with parents bringing sick children only "as a last resort".

Instead, MSF is now operating outreach programmes including mobile clinics, where Biolchini said they were seeing "many, many" cases of malaria.

"It affects every aspect of the health, social and economic life of the people," Malm said.

Ghana reported its first COVID-19 case in March and now has more than 23,800 confirmed cases - one of the highest numbers on the continent.

Meanwhile admissions for malaria have decreased.

"People will rather stay at home and buy over-the-counter medications and visit the hospitals only when all other attempts at self-medication has failed," said Malm.

"This time the mosquitoes are too much. We're contracting malaria every day," said David, who has lived in the settlement of about 53,000 people since it was set up in 2017.

Ocan Robert, who chairs the Refugee Welfare Council, said nets were last distributed in 2018. More were promised, but have been delayed by the pandemic, he said.

At one of Palabek's health clinics, staff said they were overwhelmed and lacked the resources needed to tackle COVID-19, such as soap and masks or space for social distancing as about 100 refugees waited outside for appointments.

Clinical officer Adong Nancy said many of the patients had malaria or anaemia caused by it, while others had been affected by a scabies outbreak.

Last month one person died in the clinic from malaria, and others died in hospital after presenting with advanced symptoms.

Even before the coronavirus pandemic, Nancy said, staff were struggling with the level of sickness. "Most of them come (too) late," she said.

This story is one in a series supported by The Global Fund to Fight AIDS, Tuberculosis and Malaria. www.theglobalfund.org (Reporting by Sally Hayden, Editing by Belinda Goldsmith @BeeGoldsmith; the Thomson Reuters Foundation is the charitable arm of Thomson Reuters, and covers the lives of people around the world who struggle to live freely or fairly. Visit http://news.trust.org)