Zimbabwe: No Nurses to Care for the Sick As Zimbabwe COVID-19 Cases Surge 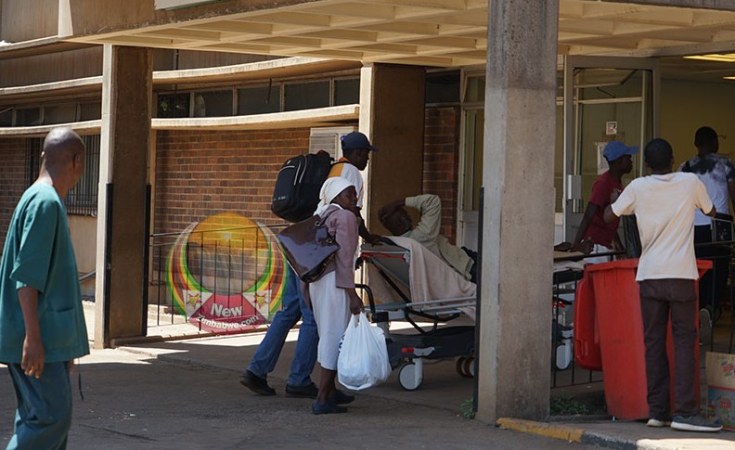 Imagine you're in a country standing on the brink of coronavirus. More than 1,000 confirmed cases. Twenty deaths. You know the full force of the pandemic is coming -- because it's already hit the country next door. Your hospitals are marginally better prepared than they were in March. But only marginally: still less than 100 ventilators for a country of 16 million people. And there's a bigger problem. If you are hospitalised, you'll find few nurses to care for you.

Nurses in Zimbabwe -- a country battered by more than two decades of political and economic crises -- have gone on strike. The reason? Pay, mostly: monthly pay so badly eroded by galloping inflation of 737 percent that it's worth (this week) around 30 US dollars (26 euros), according to the Zimbabwe Nurses Association (ZINA).

"Nurses can only provide care to the sick if they are themselves psychologically, mentally and financially stable," ZINA president, Enoch Dongo told RFI. "We are asking for a living wage from the government."

His voice sounded determined when RFI spoke to him over the phone. But his association's 15,000-strong members are up against incredible odds yet again.

"Nurses are working in conditions where they don't have proper PPE to protect themselves, their families and Zimbabweans at large. So life is not easy. People are scared every day in the hospital environment because of the lack of proper equipment, proper protective clothing," he said.

That fear among medical staff in Harare's hospitals was corroborated by a government doctor, who spoke to RFI on condition of anonymity.

"We're starting to see evidence of community transmission and positive covid cases even though they're not presenting in the typical way," said the doctor who had just finished a day-time shift.

"The last case we had was a stroke patient who developed complications with pneumonia and he turned out to be a positive Covid-19 case. At Parirenyatwa Hospital there was someone who had a vomiting and diarrhoea bug -- they were positive (for coronavirus)."

Morale is "extremely low" among hospital staff, the doctor noted, adding grimly: "Morale has been extremely low for quite a long time."

This is a Zimbabwean nurse speaking in a way you have never heard before!

She speaks emotionally charged about the economic struggles that nurses are facing in Zimbabwe, that are caused by Mnangagwa's corrupt regime.

Nurses and doctors here have been on and off the collision path with the government for months.

Last year doctors led a four-month long strike over poor pay that only ended in January. In March, both doctors and nurses withdrew services over the lack of PPE at hospitals, though most doctors are now back at work.

Worst is to come

At the heart of it, it's a breakdown of trust -- if ever there was trust -- between the medical profession and the authorities that date back to the days of late president Robert Mugabe. Health minister Obediah Moyo's arrest last month on charges of corruption over procurement of medical equipment has done nothing to engender trust.

The heavy-handed response by the police to a nurses' demonstration on July 6 made things worse. Many Zimbabweans were shocked at pictures of riot police with batons chasing nurses in uniform as they broke up a demonstration staged at Sally Mugabe Central, one of the capital's two main hospitals.

Thirteen nurses were arrested, and 11 were charged with breaching the government's lockdown regulations to curb the spread of coronavirus.

That's somewhat ironic, given that the nurses accuse the government of failing to provide them with sufficient protective gear to be able to work on the Covid-19 frontline.

As the stand-off continues, President Emmerson Mnangagwa on Wednesday said he had been told by experts that "this is just the beginning, we yet have to see the worst to come" and warned that he would likely announce a new set of measures aimed at curbing the spread of Covid-19, even at the expense of the economy.

Earlier this week, Information Minister Monica Mutsvangwa said the reopening of schools set for July 28 would be put on hold. She also called for the dispersal of thousands of members of a church sect who had illegally convened their annual meeting in the east of the country.