Kenya: Dangerous Pesticide Use - What Must Be Done to Protect the Health of Kenyans 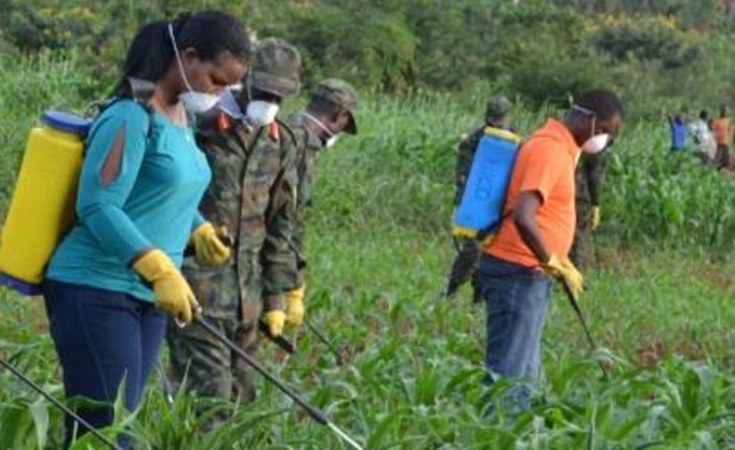 In Kenya, there are new reports highlighting concerns over harmful pesticides used in food production, and the impact this will have on people's health. Moina Spooner, from The Conversation Africa, asked Ibrahim Macharia to shed light on Kenya's pesticide use and what must be done to manage it better.

What types of pesticides are being used in Kenya and are there any that are of particular concern?

There's a long list of pesticides - about 1,345 products - that are registered for use in crop production in Kenya. From this list, 11 pesticides are classified as highly hazardous by the World Health Organisation and 237 as moderately hazardous. For instance, some are classified as cancer-causing (24), prone to causing mutations in DNA (24), creating development disorders (35), disrupting the nervous system (140) and showing clear effects on reproduction (262).

Yet the amount of pesticides that Kenya uses is growing. For instance, the volume of imported insecticides, herbicides and fungicides has more than doubled within four years, from 6,400 tonnes in 2015 to 15,600 tonnes in 2018. Demand has grown because of increased, more intensive agricultural production and the emergence of new pests and diseases.

Many of the more harmful pesticides have active ingredients, such as glyphosate, that are banned or heavily restricted in other places, such as Europe. There are estimates that at least 32% of the pesticide active ingredients that are currently registered and being sold in Kenya have been withdrawn from the European market, due to their serious potential impact on human and environmental health.

Is there any evidence that pesticides are having adverse effects on the health of Kenyans?

Though there's no comprehensive epidemiological health study related to pesticide exposure in Kenya, there are a few studies which show that these pesticides are having a negative effect on our environment and our health.

For instance, I did a study, published in 2015, where I investigated acute illness related to pesticide use among 363 farmers from seven major vegetable producing districts.

Over three years, pesticide application increased by 47% and my findings showed that so did incidences of pesticide-related health impairments. The most frequently reported symptoms were sneezing, dizziness, headache and blurred vision, and skin irritations. Pesticide-related acute symptoms increase significantly with the number of pesticide products handled.

Every year, due to stringent measures by the European market, fresh Kenyan produce is rejected because of harmful levels of chemical residue. Unfortunately, much of this produce then finds its way into local fresh produce markets and is consumed by unsuspecting Kenyans.

In another study I did on vegetable production, I found that the indirect cost of pesticide use is about US$12.83 million each year. This is attributed to vegetable losses, livestock losses, human health costs, disposal of empty pesticide containers and damage prevention costs. Over 58% of the farmers also observed the death of beneficial arthropods and birds 24 hours after spraying pesticides.

This shows that the toxic effects of pesticides is very real, and we should be worried about human health and our environment.

Last year, agricultural lobby groups stepped up calls for a ban on certain pesticides which have been linked to cancer. Their findings showed that 24 products in the Kenyan market are classified as carcinogenic, meaning they have the potential to cause cancer.

Who is meant to regulate pesticide use and are they doing enough to protect consumers?

There are a few agencies that should be regulating pesticide use.

The Pest Control Products Board regulates the importation and exportation, manufacture, distribution and use of pest control products in the country.

Agrochemical Association of Kenya is supposed to provide education and awareness to farmers on pesticide use and application for the benefit of the environment and human health.

The National Environment Management Authority regulates waste disposal including pesticide wastes and use.

And the Kenya Plant Health Inspectorate is responsible for testing crop samples to ensure pesticide residues are at safe levels.

They are trying, but it's still not enough to control pesticide misuse and adulteration.

Most pesticides have harmful active ingredients but people still want to use them because they want to protect their crops.

In addition to this, the majority of the farmers aren't well protected. Many lack the proper training when it comes to using pesticides safely - for instance not spraying when it's windy. They also don't have personal protective equipment for when they spray and don't store the pesticide very well. Farmers also use pesticides that have been prohibited or are outdated, overdose pesticide and don't dispose of leftover pesticide properly. This exposes people, and the environment, to high risks.

What else must be done to protect the health of Kenyans

There should be a complete ban of pesticides that are classified as moderately or highly hazardous (Classes I, II, and O). Though there are no safe synthetic pesticides, pesticides that are of low threat should be promoted while making optimum use of integrated pest management. This is a system that incorporates preventive cultural, mechanical, physical, biological and chemical controls.

Pesticide users, including agro-chemical shop operators, must have targeted training on which pesticides to select and how to handle them. This includes the safe disposal of unwanted pesticides and empty pesticide containers.

To help us understand the extent of the issue, epidemiological health studies related to pesticide exposure should be started. This should include the regular testing of food samples. Results should be made public by the Kenyan Plant Health Inspectorate Service.