Africa: There Are Signs of Hope for Ending Poverty, Even in a Pandemic - Report 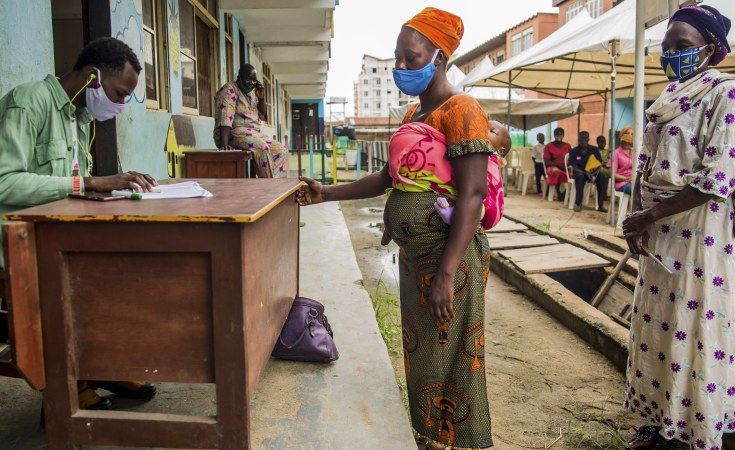 Cape Town — The novel coronavirus threatens to reverse the gains made in the global struggle to eliminate extreme poverty by 2030 – but Sierra Leone offers hope that progress can be made in improving people's lives even in a pandemic.

A new study published by the United Nations Development Programme (UNDP) and Oxford University's Poverty and Human Development Initiative (OPHI) shows that of 75 countries surveyed, Sierra Leone made the most progress in reducing poverty over a period in which it was also battling Ebola.

“Even in very difficult circumstances... Sierra Leone shows us that a giant step forward is possible,” Dr Sabina Alkire, director of the Oxford initiative, said at the online launch of the survey on July 16. Alkire and UNDP chief Achim Steiner were unveiling the 2020 update of their Global Multidimensional Poverty Index (MPI).

The index complements the World Bank's international poverty line – which currently says an adult in the world's poorest nations needs at least $1.90 a day to rise above poverty – by taking into account people's access to needs such as safe water, education, electricity, food, housing, sanitation and education.

The MPI was developed in order to identify more precisely what specific action is needed to lift people out of poverty. Without the new index, Alkire added in a UNDP news release, “policymakers are flying blind, unable to know how – or where – to target resources and interventions.”

This year's survey showed that 65 of 75 countries studied internationally reduced significantly what it calls “multi-dimensional poverty” between 2000 and 2019. Seven of the top 10 performers were African nations: Sierra Leone, Côte d’Ivoire, Guinea, Liberia, Mauritania, Rwanda and Sao Tome and Principe.

In 2015, the world's leaders pledged in the first of the UN's Sustainable Development Goals (SDGs) to eradicate extreme poverty by 2030. But, said Achim Steiner, Covid-19 threatens to reverse global development.

(In separate statements on June 16 and 17, the UN’s top humanitarian official, Mark Lowcock, added that Covid-19 and the resulting recession would trigger the first increase in global poverty in three decades, and UN deputy secretary-general Amina Mohammed said the world had already been off track in achieving the SDGs, but “the road ahead is now even steeper.”)

The 2020 MPI report said data was not yet available to measure the rise of poverty as a result of the coronavirus. But simulations assessing 70 developing countries suggested that progress to eliminate poverty could be set back by anything between three and 10 years. Simulations based on the virus's expected impacts on nutrition and school attendance showed that they could set back progress by between eight and 10 years.

“Sub-Saharan African countries have the highest poverty rates and some of the bleakest prognoses,” the survey said. “Several of these countries struggle with political conflicts, violence, environmental problems and rapid population growth. Yet some of the poorest countries in sub-Saharan Africa are among those with the fastest absolute reduction in multidimensional poverty.”

Reporting on the detail of its findings on Sierra Leone, the 2020 index report said that “as terrible as the [Ebola] tragedy was, it did not create a widespread slide into poverty”. The percentage of people in multidimensional poverty overall fell from 74 percent in 2013 to 58 percent in 2017. Those without access to cooking fuel dropped from 74 percent to 58 percent, and those with electricity from 71 to 55 percent.

The drop in poverty levels in the other most successful African nations was:

“Their success was driven by improvements in different indicators...” the report said.

The report added that across sub-Saharan Africa rural people were on average poorer than urban people – 72 percent of the population was poor in rural areas compared with 25 percent in urban areas.