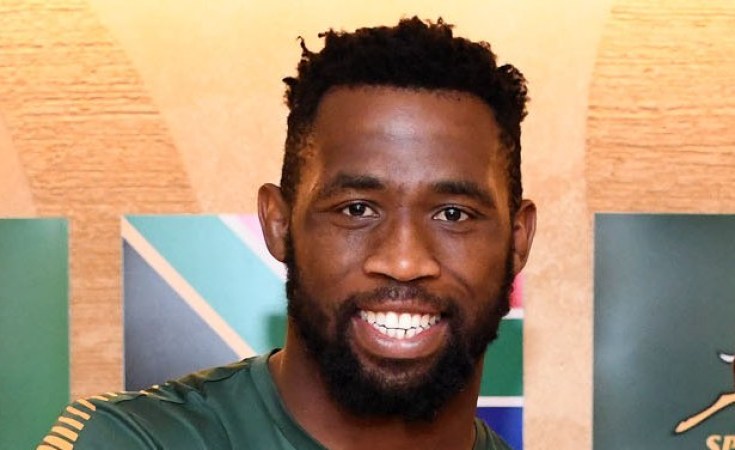 During the 18th Nelson Mandela Annual Lecture on 18 July, United Nations Secretary-General António Guterres announced the designation of South African Rugby Union Captain Siya Kolisi as a Global Advocate for Spotlight Initiative -- the global partnership between European Union and the United Nations to eliminate all forms of violence against women and girls by 2030.

As a UN Global Advocate, Mr. Kolisi will lend his name, time, influence and support toward ending violence against women and girls around the world, including by calling on men and boys to take responsibility and become part of the solution.

"Gender inequality harms everyone because it prevents us from benefiting from the intelligence and experience of all of humanity," said United Nations Secretary-General António Guterres. "I am pleased to announce that South Africa's Siya Kolisi is our new global champion for the United Nations - European Union Spotlight Initiative, engaging other men in fighting the global scourge of violence against women and girls."

"I am committed to using my time and my platform to bring about positive change for not only women and girls in South Africa but all around the world," said Mr. Kolisi. "This is of particular importance to me as I witnessed the devastation gender-based violence caused during periods of my own childhood."

"As men, we need to re-educate ourselves and focus on nurturing educated sons, as well as empowered daughters. As a father of two girls and two boys, I have a responsibility to change the narrative and show that everyone has a voice, and everyone deserves to be treated equally and with respect. I'm honoured to have partnered with the UN Secretary-General and Spotlight Initiative to help develop a sustainable infrastructure that combats the issue of gender-based violence once and for all."

Siya Kolisi was named captain of the South African National Rugby Team, the Springboks, in 2018, making him the first black test player to captain the team in its 129-year history. In 2019, he led his country to victory in the World Cup finals against England, securing his position on the national and international stage and instilling pride in South Africans from all walks of life.

"As a company that is driven by social conscience, we strongly support our client ambition in the philanthropic space, providing the most effective tools and resources available," said Michael Yormark, President of Roc Nation Sports International. "In the case of Siya, Spotlight Initiative is a great global platform to partner alongside to make real positive change, on a subject he is very passionate about. We are thrilled to be on this journey with Siya and witness first-hand the impact that he and Spotlight Initiative can have on calling for unity and influencing change."

Worst Unrest In Years Erupts In Senegal
Food and Agriculture