Gambia: When Jammeh Was Driving At Break-Neck Speed 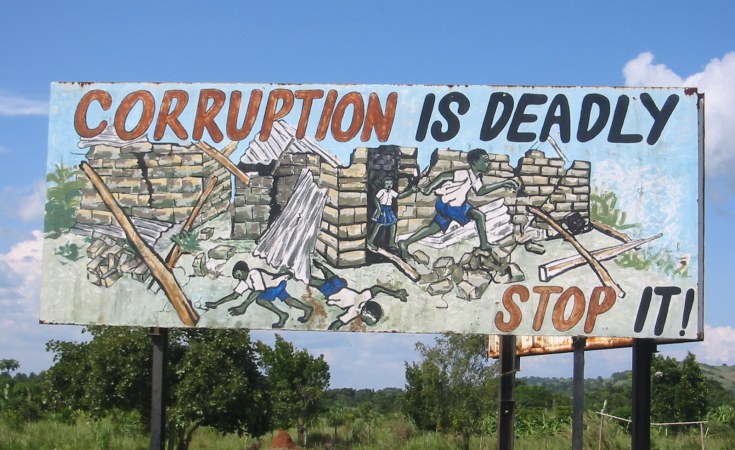 Not only does former president of Gambia Yahya Jammeh love cars, but he is remembered for his high-speed convoys. In the second week of July, the Truth, Reconciliation and Reparations Commission began probing into the ex-ruler's convoys that led to over forty accidents.

"No matter how fast the convoy was moving, the president could say... 'move out', meaning the drivers should increase their speed. The speed of the convoy was always controlled by Yahya Jammeh (the former president)," said Captain Lamin Saidykhan, a former driver in the ex-ruler's motorcade, before the Gambian Truth, Reconciliation and Reparations Commission's (TRRC) on July 8. And investigators have so far registered over 40 accidents involving Jammeh's convoy, said one of the Commission's lawyers Sagar Jahateh.

For most Gambians, there could not have been a more perfect adjective than flamboyance to describe Jammeh's 22-year rule. Jammeh owned dozens of expensive and customized brands such as Hummer, Rolls Royce and others.

In his 22-year rule, Jammeh never led a dull convoy. It was a barrage of flashy cars, him showing his face through the sunroof and often punching the air with his trademark prayer beads and what looked like a Quran. This, as students and bystanders cheered along the roadside. And whether the convoy was slow or fast, he would be throwing biscuits to bystanders. That practice, witnesses say, brought several children under the crushing wheels of his motorcade.

Saidykhan, 52, joined the army in 1991. It would not take long before he was moved to State House as a motorcycle escort and, later, a driver. He still works at State House where he is now the head of the Motor Traffic Office. Jammeh, according to Saidykhan, had over a hundred drivers. A system of communication between vehicles allowed Jammeh to talk directly to drivers. "Yahya Jammeh was always aware of all the accidents that took place and I never heard him making comments with regard to them," said Saidykhan.

No justice for victims

Despite the volume of accidents caused by Jammeh's convoy, there was no accountability. Some of the myriads of accidents were testified to by Warrant Officer Lamin Sillah and Staff Sergeant Lamin Jarju. Both of them, military drivers in Jammeh's convoy, appeared before the Commission in the second week of July.

In April 2002, Abdoulie Barry had left the road for a presidential convoy running at break-neck speed. His vehicle was about three meters off the road but a car in the convoy reportedly being driven by a civilian, Dawda Sanneh, crashed into his vehicle. He was left behind with a broken thigh and bleeding nose.

Barry was taken to the hospital by a passing private vehicle. He had three school-going children at the time. Barry was not able to work for about two years after his accident and his children had to stop school because of financial difficulties, he told the Commission. He was dependent on his extended family members. He said Sanneh, who hit his vehicle, should be prosecuted. That did not happen, and Barrow would not even get the courtesy of a visit from the authorities.

Shot from a convoy

Abdoulie Njie had also left the road for a passing Jammeh convoy in 2004. He was in a car with three other people including his cousin Kesilla Krubally, who was driving the pickup truck. This was along Bertil Harding highway, a popular road linking Gambia's affluent neighbourhood Fajara to Banjul, the capital city.

But perhaps, their convoy hadn't left enough space for Jammeh's vehicle. "I heard three shots and I thought it was aimed at the tyre of the vehicle," said Njie before the Commission on July 14. The shot, according to Njie, came from one of the president's escort vehicles on which was mounted a machine gun. Njie is a construction worker and one of the people with him, Lamin Saidy, was a photographer he was taking to a project site. Saidy took pictures of the scene, of Krubally's bullet wounds, and of the bullet cartridges left.

They then rushed the victim to the country's only teaching hospital in Banjul where he got treatment. But it would not take long before he got calls from unknown persons that he must not talk to journalists. Njie said the local newspaper Daily Observer would later write about the incident, claiming it was the vice president's convoy that shot at a passing vehicle.

Instead of correcting the story, Njie went to the newspaper to beg their then editor, a onetime president of the Gambia Press Union, Ndey Tapha Sosseh, not to publish that story again. "They would have thought the information came from us... and I was scared for my life," said Njie. The incident was never investigated and Krubally later travelled for better treatment to Norway, where he still lives.

But State House made sure there was no evidence left with them. "One day after the accident, I was called to State House and upon arrival, I met Ousman Badjie, Captain Bajinka, Lang Tombong - all of them senior military officers. They asked me about the bullet cartridges and pictures that were taken by photographer Lamin Saidy. I gave it to them," said Njie. He added that the same military had visited the hospital when bullets were being taken out of his brother.

Jammeh's convoy was also involved in several alleged beatings of road users. According to Captain Siadykhan, this was called "VIP treatment". He said if they found someone sitting as they passed or on the road, a famous general in the Jammeh administration, Umpa Mendy, would ask for the person to be given a "VIP treatment". "This meant for the person to be tortured," he said. While some survived the beatings, some were not as lucky.

Baba Kanyi is a navy officer in the Gambia army. He told the Commission on July 14 that his 30-year-old brother Omar Kanyi was beaten to death in 2013, by soldiers who were part of the convoy of the ex-ruler Jammeh. "He was severely beaten and tortured by the soldiers before they dragged him to the Abuko Police Station where he died," said Kanyi.

The navy officer said he later visited the corpse at the Banjul mortuary and noticed that he had sand all over his body with his neck broken. "Such wounds can only be caused by gun butts," Kanyi added. Like all similar incidents, it had no judicial consequences, and neither the police nor the State Guard soldiers blamed for his death investigated it.

This week the Commission is continuing its hearings on the infamous AIDS treatment promoted by the former leader, which has claimed many victims in the Gambia.

Next Story
Tagged:
Copyright © 2020 JusticeInfo.net. All rights reserved. Distributed by AllAfrica Global Media (allAfrica.com). To contact the copyright holder directly for corrections — or for permission to republish or make other authorized use of this material, click here.