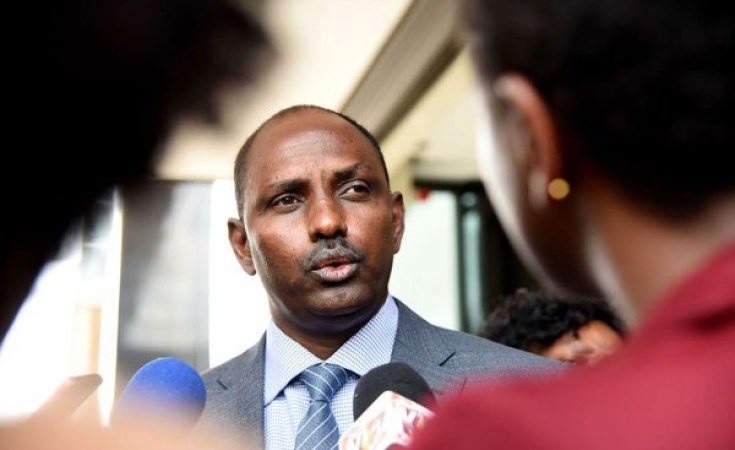 In a petition certified as urgent, the devolved unit, through Chief Finance Officer Halkano Waqo, also wants the court to stop NMS from micromanaging its budgetary allocations.

The deed of transfer -- moving four key functions from the county government to NMS -- was gazetted on February 25.

However, Employment and Labour Relations judge Hellen Wasilwa ruled last month that the creation of NMS was done in violation of the Constitution.

Mr Waqo now wants the court to stop NMS and its employees from interfering in any manner whatsoever with the city county budgetary allocations.

With the transfer, the national government was handed the responsibility of revenue collection and remitting all revenue accruing from the transferred functions.

For purposes of general co-ordination of revenue collection, the county government later appointed the Kenya Revenue Authority, to be the principal agent for the same.

But the county government has said it cannot continue contracting with an entity that has been adjudged to be illegal.

Mr Wako said the process leading to the gazettement of the deed of transfer was opaque, shrouded in mystery and clandestine. He added that there was no public participation as envisaged in the Constitution.

The officer said the Public Finance Management Act vests the responsibility to monitor, evaluate and oversee management of public finances and economic affairs of the county on the devolved unit's Treasury and not NMS. "If the implementation of the deed of transfer is not suspended, this application and the entire petition will be rendered useless and a mere academic exercise," he said.

Last month, Justice Wasilwa suspended the decision declaring the transfer illegal for 90 days, stating that money has been expended and staff deployed, and immediate suspension might cause confusion and deny residents services. In the latest petition, Justice Makau directed the Attorney-General, CS Treasury and NMS to respond within two days. The case will be mentioned on July 29.