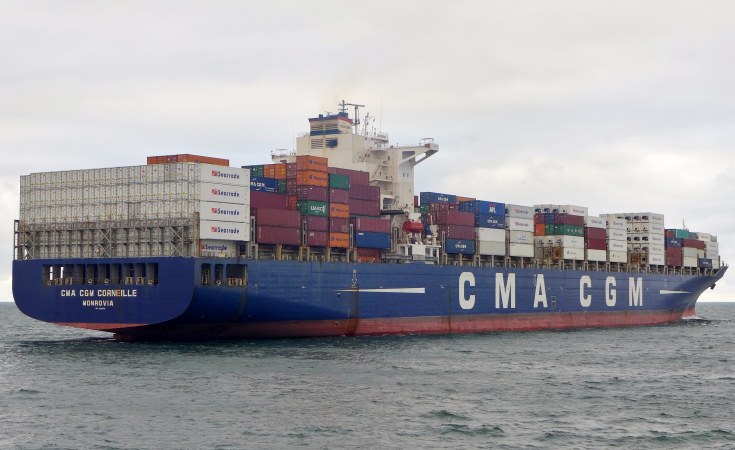 French shipping and logistics company CMA CGM Group has suspended all timber exports from the Gambia over suspicions that undeclared shipments of rosewood may have been part of cargo shipments.

"The group has decided to halt its timber exports from the country until further notice," said a statement from the Marseilles-based company on 9 July.

Rosewood is listed as a protected flora under the Convention on International Trade in Endangered Species of Wild Fauna and Flora (CITES).

Gambia, Ghana and Nigeria represented 85 percent of the reported global trade in Pterocarpus erinaceus rosewood in 2017, according to CITES.

"The customs code which is used is very vague, so this wood is very difficult to trace," Guilhem Isaac Georges, director for sustainable development at CMA CGM, told RFI's Stanislas Ndayishimiye.

"We have carried out internal investigations, and we came to the conclusion that rosewood is very likely to be part of this freight," said Georges.

In a 2017 threat assessment by CITES, export permit data provided by Gambia suggested that 99.7 percent of the timber exported and reported as received by importers, had no CITES export permit issued by the country's managing authority.

CITES said that senior officials in the Gambia estimated that nearly all the rosewood it exports was illegally sourced from the Casamance area of Senegal, a region which has previously been home to an armed separatist movement at odds with the government in Dakar.

"We must have collaboration between the states where it's coming from and investigators - it's a shared responsibility," said Isabel Camarena, scientific support officer at CITES.

"It's not just about putting pressure on states where it's exported from, but also talking to countries which are the destination for this illegal trade. They have to collaborate with the countries where it's coming from to better control it," said Camarena.

The West African region has emerged as a source of rosewood for exports to China fuelled by demand for Pterocarpus erinaceus, native to West African forests, for use in furniture, according to non-governmental organisation Environmental Investigation Agency (EIA).

EIA says rosewood is perhaps the "world's most lucrative form of wildlife crime".