Lusaka — Zambian President Edgar Lungu has asked Chinese President Xi Jinping for some "debt relief and cancellation" in a telephone conversation between the two leaders.

That is according to a statement issued by Lusaka after the chat that reportedly took place on Monday.

"President Lungu called for debt relief and cancellation in light of reduced revenue due to the negative impact of the pandemic, as well as competing needs for the country, to secure adequate resources to fight the pandemic and to stimulate the economy," said a statement issued by Spokesman Isaac Chipampe.

Zambia's public debt has increased significantly in recent years although it's unclear exactly how much is actually owed to China.

The two leaders agreed to continue working closely together to safeguard common interests, including on matters concerning the United Nations Security Council.

The statement said President Lungu reaffirmed Zambia's commitment to the aspirations of the Forum on China-Africa Cooperation which has yielded tangible benefits for Zambia through a number of developmental projects.

He also reaffirmed Zambia's continued support for the 'One China Policy' and applauded the introduction of the national security law that would ensure the long-term security and prosperity of Hong Kong.

China is now Africa's biggest creditor and is owed some $145 billion by the continent, including some $5 billion by Kenya.

Chinese President Xi has pledged to cancel interest-free debt owed by "relevant" African countries as part of Beijing's move to help the continent during the Covid-19 pandemic.

Zambia's economy was getting choked by its huge external debt running into billions of dollars, and which has become a moot point for the opposition and civil society.

The current regime has borrowed heavily to spend on infrastructure, with most of the debt being from Chinese lenders. 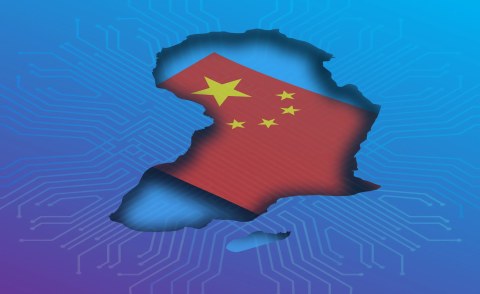 Zambia's Debt, Political Crisis Casts Shadow On Future
Tagged:
Copyright © 2020 The East African. All rights reserved. Distributed by AllAfrica Global Media (allAfrica.com). To contact the copyright holder directly for corrections — or for permission to republish or make other authorized use of this material, click here.