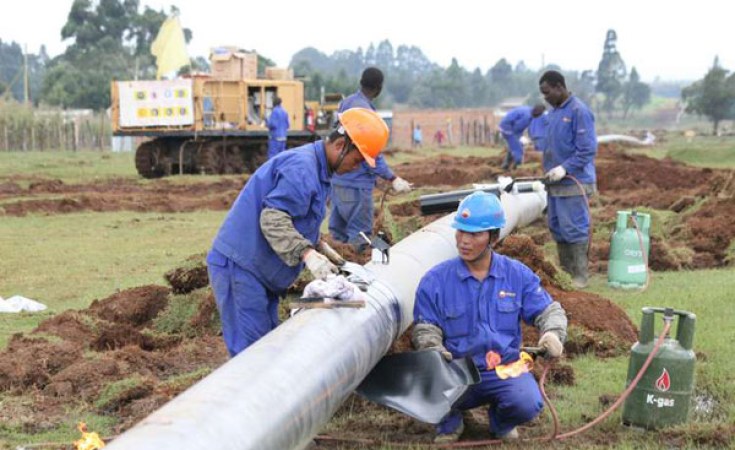 The government debt burdens across sub-Saharan Africa are rising at a faster pace and to higher levels than in other emerging markets, according to the latest Fitch Ratings report.

A number of countries in the region are now in danger of slipping into a major debt crisis. Eight countries are already in debt distress, while a further 18 are at high risk of distress, heightening the risk of rating downgrades and defaults.

According to the report, titled Rising Debt Distress in Sub-Saharan Africa, the numbers of defaults have more than doubled since 2013.

Seven countries, including Kenya and Uganda, have a negative outlook rating: The others are Cameroon, Ethiopia, Namibia, Nigeria, and South Africa.

Africa's main oil exporters -- Angola, the Republic of Congo, Gabon and Nigeria -- have been hit particularly hard given their high reliance on oil revenues for fiscal and external financing, and their dependence on crude earnings.

Countries that heavily rely on tourism, like Cabo Verde and the Seychelles, have also been badly affected, according to the report.

On account of the effect of the pandemic on economies and the limited margin of resilience from the rise in debt, Fitch has downgraded seven countries -- Angola, Cabo Verde, Gabon, Nigeria, Seychelles, South Africa and Zambia -- since the beginning of March this year.

Another 13 countries are in the single "B" range -- experiencing a degrading financial situation that is highly speculative -- and seven are rated "negative" outlook.

"Fitch forecasts the median budget deficit to widen to 7.4 per cent in 2020, a record high in the modern era, from 4.9 per cent in 2019. The combination of lower GDP and wider budget deficits will trigger a jump in the median government debt ratio by 14 percentage points to 71 per cent of GDP at the end of 2020," the report said.

Many sub-Saharan countries' generally weak credit fundamentals (beyond high public debt) reduce their debt tolerance and resilience and leave them disproportionately vulnerable to the global coronavirus shock, the report adds.

Fitch predicted that the median of government debt-to-GDP for the 19 countries it rated in the region will rise to 71 per cent by the end of 2020, from 26 per cent in 2012, while the median debt ratio across other emerging markets is expected to climb to 57 per cent.

Emerging markets have been battered by the measures taken to contain the coronavirus pandemic. And an oil price rout has added to the negative economic effects for smaller developing countries that are focused on crude exports and have few fiscal or monetary buffers.

A poorly managed debt crisis would set back progress towards the Sustainable Development Goals, as well as reverse the development progress made over the past decade after debt relief programmes freed up resources for development in 30 African countries.

IMF emergency support worth $8 billion to 13 Fitch-rated sub-Saharan African countries in addition to the G20 Debt Service Suspension Initiative (DSSI), which covers bilateral debt service in 2020 and is open to 15 nations (although not all will participate), provide useful fiscal and external financing.

However, these provisions are equivalent to 0.9 per cent and 1.2 per cent of GDP, respectively.

In addition, DSSI relief and the new IMF loans are not designed to address debt stocks and medium-term risks to debt sustainability.