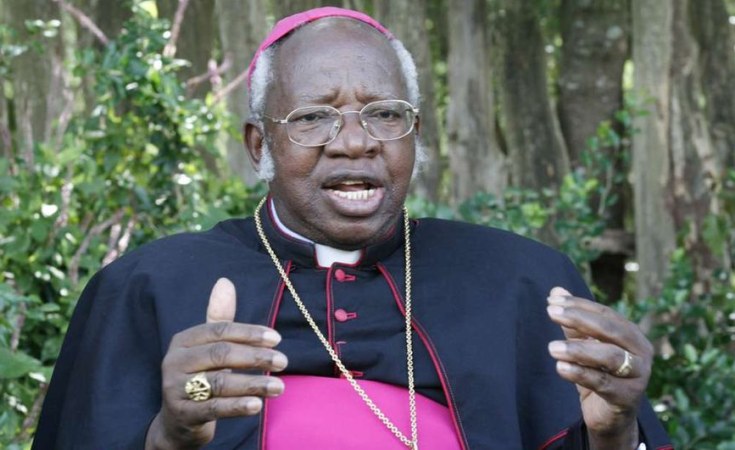 The Zambian-born Milingo stirred global attention and controversy within the Catholic Church in 2001 when he broke celibacy rules and married Dr Maria Sung, a Korean woman linked to Reverend Moon of the Unification Church.

He later founded The International Married Priests Catholic Prelature of Sts. Peter and Paul in 2006 in order to give institutional support to priests willing to marry and also continue with their pastoral work.

Archbishop Ndambuki has now been named as the Patriarch of Africa and has already received his letter of appointment.

In the June 2020 letter, Archbishop Milingo describes Archbishop Ndambuki as a man who has "demonstrated our charism of married priesthood and faithfulness to your office."

Although born out of controversy, the Milingo church has been spreading steadily by allowing married priests to continue serving without the approval of the Roman Catholic church.

But Archbishop Ndambuki's installation will not be conducted due to the Covid-19 crisis and "until a vaccine or treatment for Covid-19 is commonly available."

Born in 1942 in Makueni County, Archbishop Ndambuki studied priesthood in 1960 at Queen of Apostles Minor Seminary, Kiserian, under the Archdiocese of Nairobi.

He was ordained a Roman Catholic Priest in 1973 by the late Bishop Urbanus Kioko of Machakos Diocese.

He later married in 1986 and joined Milingo's church in 2010. He was also involved in another lobby, Married Priests Now, inspired by Archbishop Milingo.

Together with Milingo, Archbishop Ndambuki was one of the founders of the International Married Priests Catholic Prelature of Sts. Peter and Paul.