Tanzania: 'I Am Coming Home a Free Man' Says Lissu

Speaking through a zoom meeting from Belgium, the outspoken politician said he plans to land in Tanzania on Monday July 27, as a free man.

Mr Lissu faces six criminal charges at the Kisutu Resident Magistrate Court in Dar es Salaam and has been in Belgium since January 6, 2018 undergoing treatment.

The former legislator was shot multiple times by unknown assailants in Dodoma on September 7, 2017 and was flown to Nairobi for treatment before heading to Belgium for speacialised treatment.

"There are all sorts of threats that if I return I shall be arrested and put in prison on account of non-appearance in all six cases. The bail that I was granted in all six cases has never been lifted, not a single one," he said.

According to him, he is currently a free man on bail as the resident magistrate court in Dar es Salaam understands and has taken the judicial notice of the fact and circumstances of his removal from Tanzania.

Tundu Lissu's return to Tanzania delayed due to safety

Tundu Lissu sets September 7 as his return date to Tanzania

"The court has never changed the conditions of my bail. So, anyone thinking that I will be arrested for not appearing in all the six cases, they'd better check their law books again," he said.

He said if the arrests are intended to prevent him from participating in the forthcoming general election then it is something that he will address as soon as he arrives.

Furthermore, Mr Tundu Lissu insisted that he is coming home regardless of his belief that his life is still in danger.

"The people who wanted to take my life are still at large and police have not made any arrests and considered the investigation over," he said.

He said that he will arrive at the Julius Nyerere International Airport grounds at 1pm aboard an Ethiopian Airways flight.

"I don't have the resources to hire an army for my security so my life is in the hands of the Tanzania's security and police forces," said Lissu.

Tundu Lissu Arrives in Dar to a Thunderous Welcome 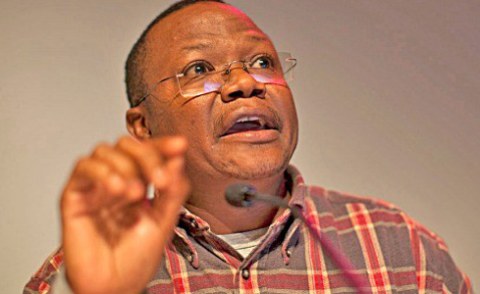 The Man Who Was Shot 16 Times Will Run for President in Tanzania
Tagged:
Copyright © 2020 The Citizen. All rights reserved. Distributed by AllAfrica Global Media (allAfrica.com). To contact the copyright holder directly for corrections — or for permission to republish or make other authorized use of this material, click here.