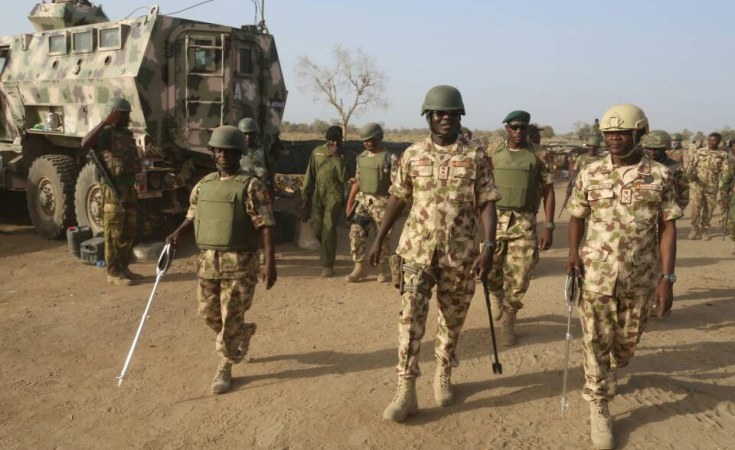 The Coalition of Friends and Supporters of Buhari (CFSB) have described the Senate's call for the resignation of the Service Chiefs as a display of disloyalty and utter disrespect to the president.

Being the Commander-in-Chief, the group reminded the Senate that President Muhammadu Buhari is the only one constitutionally conferred with the power to hire and sack the military heads.

Speaking at a press conference on Wednesday in Abuja, President of the group, Comrade Musa A Musa added that the lawmakers' action is a disservice to the generality of Nigerians given the enormous commitment and dedication displayed by the Service Chiefs in the country.

The group further frowned at Senate President, Ahmed Lawan, for allegedly opting to play politics at the expense of national interest.

CFSB, though, admitted that "tremendous progress has been made and great success recorded through innovations and strategies introduced by Service Chiefs in tackling the various security threats in the country".

While expressing total support for the president's decision to keep faith with the military architecture, the coalition, however, advised the Senate President and other lawmakers to consider the country first in all their activities.

"The Coalition of Friends and Supporters of Buhari wishes to state in unequivocal terms that it stands with the decision of President Muhammadu Buhari to retain the present crop of Service Chiefs for their tireless efforts in ensuring that the threats posed by the Boko Haram terrorist group and other militant groups in the country are contained.

"The Service Chiefs in the country have demonstrated capacity. They have never rested on their oars despite the numerous achievements, which is an indication of their unalloyed loyalty to the country," it said.