South Africa: The Eastern Cape Health Crisis Is Nothing New 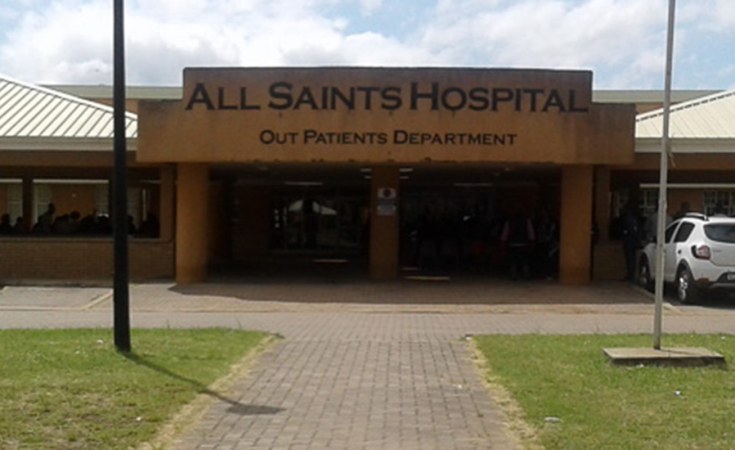 The COVID-19 pandemic has brought into sharp focus the longstanding failure of the Eastern Cape Department of Health to deliver healthcare to the people of the province.

The health system in the province has been on the brink of collapse for over a decade, and health authorities have failed to heed numerous warnings from activists and healthcare workers.

As far back as 2013 activists marched to the offices of the department in Bisho demanding that the department urgently address the issues it had ignored for so many years. These issues, outlined at the time in a publication called Death and Dying in the Eastern Cape, were identified through ongoing monitoring of the health system in the province by nearly 20 organisations that are part of the Eastern Cape Health Crisis Action Coalition (ECHCAC). This report detailed a litany of health rights violations that frequently resulted in death.

Amongst the myriad issues, ECHCAC in 2013 asked the health authorities to take urgent steps to fix the crumbling infrastructure, the availability of medication, supplies and supply chain management, human resources, the management of hospitals, emergency medical services and patient transport.

These are the very issues that have again emerged during the COVID 19 crisis as needing the most urgent attention.

Back in 2013, ECHCAC found that there was no proper management in the province's department of health. As a result, areas like contract management for food and laundry were neglected, the department failed to appoint or pay clinical staff on time causing chronic understaffing, facilities fell into disrepair, equipment were not repaired and new equipment could not be obtained, and staff were left without leadership.

A 2015 South African Human Rights Commission (SAHRC) report on the state of emergency services and planned patient transport in the province found that these services were absent in many places and insufficient in others. Patients were forced to wait for as long as six hours for an ambulance in some places. In others, the ambulance did not arrive at all. Instead of investing in purchasing ambulances and staffing them, the ECDoH has now entered into a questionable contract to procure scooters, which, by the Minister of Health's admission, are not fit to transport patients.

In 2018, an assessment of the health system in the Eastern Cape conducted by the Treatment Action Campaign found that nothing had improved in the five years since the ECHCAC report in 2013. The TAC report found that the shortage of human resources continued to be a major issue in the Eastern Cape. They argued that ensuring access to quality healthcare services and ensuring everyone had access to treatment and care, depended largely on having enough qualified and committed staff - including doctors, nurses, pharmacists, pharmacy assistants, community healthcare workers (CHWs), lay counsellors, peer-educators, security guards, porters and cleaners.

The current crisis at Livingstone Hospital in Port Elizabeth suggests these issues have not been addressed. The top three management positions at the hospital have been vacant for some time. There is a severe lack of doctors and nurses. Staff that do work at the hospital are overstretched and at high risk of burnout. Shortages of general assistants, cleaners and porters at the hospital means that doctors and nurses have often had to act as porters and cleaners, taking them away from their clinical duties and compromising patient care. It is almost impossible to provide safe patient care in the casualty unit due to the unhygienic environment. This situation has resulted in patients and healthcare workers being exposed to health risks that could have been avoided.

In addition, there is a lack of supply of personal protective equipment and other necessities at the hospital. This includes insufficient provision of gowns, gloves, overshoes(boot covers), masks, aprons, sanitisers and body bags.

Unfortunately, the situation at Livingstone does not seem to be unique.

Supply chain management issues and lack of planning at facilities across the province has for example resulted in shortages of critical oxygen supplies. There have been several reports of oxygen shortages in Gauteng and the Eastern Cape, however, the lack of co-ordination of national to provincial supplies and storage facilities has further exacerbated the issue in the Eastern Cape.

Doctors are now scrambling to meet the healthcare needs of hundreds of patients. They lend out oxygen between facilities to ensure there is enough for everyone, but the situation is unsustainable.

These issues were outlined in a letter to the Minister of Health and the MEC of Health of the Eastern Cape on 30 June 2020 and again on 16 July 2020 on behalf of the Treatment Action Campaign (TAC) and Igazi Foundation. The department did not send a written response but invited the two organisations to a meeting on 20 July 2020. While we were not at that meeting, from what we hear the responses did not adequately address the concerns raised - certainly nothing said in public has convinced us that the department is capable and willing to get its ducks in a row.

In a media statement on 17 July 2020, Eastern Cape Premier, Lubabalo Oscar Mabuyane announced that he had taken steps "to address service delivery, administrative, infrastructure facility and clinical problems in some hospitals and in the provincial Department of Health in order to improve the health intervention of our response to COVID-19".

These steps included requesting that the Minister of Health Dr Zweli Mkhize appoint a team of experts to assist the province. The team, led by ministerial advisor Dr Sibongile Zungu, assessed and assisted the provincial Department of Health and produced a report that was handed over to the Premier.

Not surprisingly, the report of the Project Management Unit led by Zungu, reflects the same issues activists, healthcare workers and patients have brought to the Eastern Cape health department on numerous occasions over the last decade. Seven years after the Death and Dying report, a new report is coming up with the same findings.

History is also repeating itself with in another matter.

In July 2014 a group of recently dismissed CHWs were arrested during a peaceful protest at Bophello House, the offices of the Free State Department of Health. After initially being found guilty, the so-called Bophello House 94 were all cleared on appeal following a long ordeal in the courts.

Last week, on the night of 16 July 2020, police fired rubber bullets to disperse 50 CHWs including old women, who had gathered to protest peacefully at the health department's office in Bisho. Whether someone in the department asked the police to do this is not clear. What is clear, is that the department should have done all it could to make sure that something like this did not happen. Especially in a pandemic we should help CHWs, not shooting at them.

In response to the CHWs' demand for integration into the health department, Dr Thobile Mbengashe, head of the Eastern Cape Health Department, simply said that the province could not offer the CHWs permanent employment outside of the ongoing national Bargaining Council processes. That we are still struggling for decent employment for CHWs in 2020 is mind-boggling.

Dr Mbengashe's intractable stance on the CHWs' issues shows the health department's dismissive attitude to co-operation with stakeholders in the province.

In addition to this dismissive attitude, there also seems to be a healthy dose of denial. In an interview with the BBC, Dr Mbengashe said the situation in the province was not as dire as the media has painted it.

If there is to be any hope for the Eastern Cape, this habit of indifferently glossing over issues of life and death must now end.

Now must be the time for openly and seriously collaborating with all those who have an interest in saving lives. Such a collaboration must include activists, health workers and the community.

Premier Mabuyane has said that the COVID-19 response would be taken to community level. On 7 July, he said that committees would be set up in the province's COVID-19 hotspots to slow the high infection rate. This is potentially a step in the right direction, but the Premier must make available the plans for this community level response and engage with civil society organisations on these plans and be open to adjusting the plans. It would also be critical to ensure that these committees are truly representative and do not become politicised.

Just as community-based actions helped to educate people about HIV in the early 2000s, education and community ownership of the COVID-19 response can help to stem the tide of infections. It simply can't all be done from the top down.

The same goes for the healthcare system itself. While healthcare workers need much more support, they also need to be given greater authority. Healthcare workers must have the decision-making powers at facility level to ensure that clinical and administrative decisions can be implemented at speed. This requires information sharing not only at individual facility level but also across facilities in each district.

Doctors have lamented the inability to see the number of beds or levels of oxygen available in their districts. An integrated system for sharing information across public and private sector facilities would help to inform clinical decisions. What we need here is not an expensive new tender, but simply some cooperation and a willingness to learn from other provinces that have better functioning systems.

What is needed to fix the Eastern Cape health system in the longer term is essentially two things, better planning and strong leaders who are accountable to the people in the province. Better planning means serious planning and budgeting that will solve the ambulance crisis - not some nonsense about scooters. Strong accountable leaders are leaders who listen to the desperation of the people and who then puts service to the people ahead of their own narrow personal or political interests.

In the meantime, more transparent communication, more collaboration and better co-ordination of efforts are urgently needed to save lives as COVID-19 continues to rage in the province.

*Mpulo is head of communications at SECTION27.

SUBSRIBE to our newsletter.