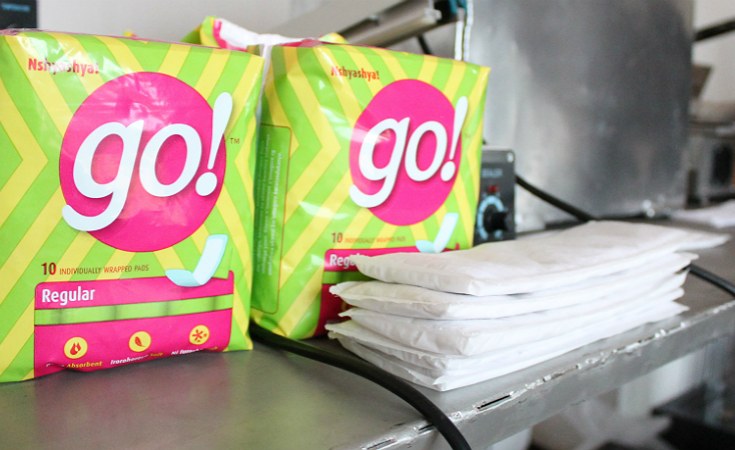 Menstruation continues to persistently limit the lives and future aspirations of girls and women, as well as the development of the society as a whole, especially in developing countries and, above all, among the most vulnerable.

In Tanzania, as it is in most African countries, access to sanitary pads/towels - an important need for women and girls - still remains a challenge.

It has been established that many school-girls don't go to school for between three and five days every month for fear of soiling themselves and being ridiculed when menstruating.

According to United Nations Educational, Scientific and Cultural Organisation (UNESCO), one in 10 African teenage girls in remote areas miss school during their menstruation cycle and eventually drop out because of menstruation related issues.

In the '2015 TAWASANET Menstruation Health Management Study' report, it was established that majority of girl students, some 97.1 per cent have experienced menstruation.

"Apart from other effects, most of them, some 62 per cent feel physically sick and weak during menstruation while 15.9 per cent miss school due to menstruation and in most cases many miss between 1-3 days, with the exception of 1.6 per cent who missed the entire week," the report says.

As part of efforts to ensure that girls use safe and clean sanitary products that enable them to attend school without any worry, model Flaviana Matata has embarked on a new journey to help school-going girls to stay in school during their periods, focusing on those who cannot access safe sanitary pads.

This was borne out of her own experience when she was growing up.

Growing up with access to sanitary pads during 'that time of the month' was not enough for Flaviana as a teenager.

She needed a lot of information around menstrual hygiene management from the right people. Unfortunately, she never understood why talking about menstruation was a taboo in her culture, like most African cultures.

Adding to that she says, "I lost my mother at a young age. Being raised by my father, I missed the opportunity of being told about changes that will happen with my body and what to expect with the changes as a teenager," Flaviana tells.

"The situation is still the same. Parents still shy away from talking about menstrual hygiene. We need to break the silence and let everyone be part of this talk, menstrual hygiene. As they face hardship in the search for right information from friends, young girls are also suffering from not having comfortable periods due to lack of sanitary gears," she adds.

Over the years, Flaviana through her foundation [Flaviana Matata Foundation], which supports students with teaching and learning materials in school, learnt that sanitary pads is as important as any other learning tool.

Flaviana wants to break the silence in African communities where talking about menstrual hygiene is considered a taboo. "I want to educate girls and support them to stay in schools and learn, even during their menstruation, and teach them that periods is a natural thing and should not be a hindrance to education," explains Flaviana.

Through her research she learnt that there is a lot of silence and fear to talk about menstruation openly. Not being able to go to school during menstruation due to lack of sanitary pads was another aspect revealed by the research.

Flaviana will be supporting 100 girls from different schools in Iringa, Pwani, Shinyanga, Kagera and Dar es Salaam. A stock that will keep girls in school for six months has been delivered in these regions.

"Periods are supposed to be exciting and girls and women need to enjoy this unique experience. In achieving this, each of us should start by talking about menstruation. Male counterparts should make sure they also give money to their duagthers and sisters who cannot afford to buy pads," she says.

The 33-year-old international model and activist, who is in the list of top seven models in Africa launched Lavvy Sanitary Pads taglined, 'Siku zako ni Siku Zetu', to help support the dreams of the school-girls.