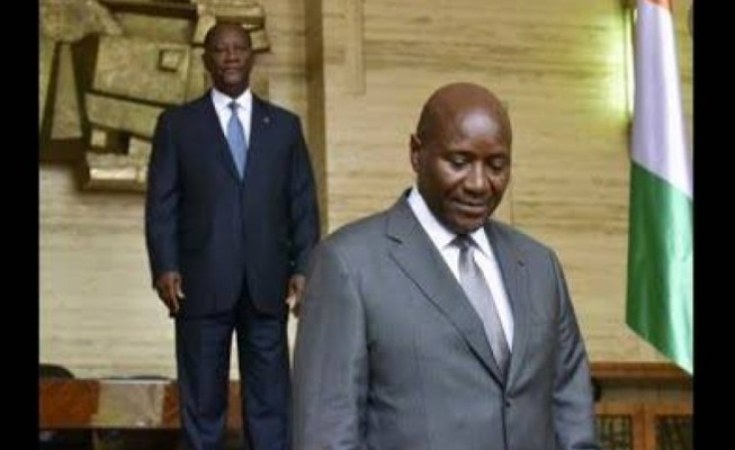 With just a few weeks to the deadline for the deposit of candidature, political pundits are crisscrossing the country to woo signatures and support.

Ten years after the highly disputed presidential elections in Ivory Coast, speculations are rife as to what would be the outcome of the October 2020 Presidential elections. Several years after the advent of multiparty politics, the country has registered more than 100 political parties. Amongst them are four heavy weight political blocs that are highly implanted nationwide. The Ivorian Popular Front (FPI), formed by Laurent Gbagbo but now headed by Affi N'Guessan, the Democratic Party (PDCI) of Henri Konan Bedie, the RHDP headed by Alassane Ouattara and the Ivorian Workers' Party (PIT) under the command of Francis Wodie.

With less than two months to the deadline for the deposition of candidature (August 31, 2020), only three parties have made their intentions known. Pascal Affi N'Guessan for the FPI and 84-year-old Henri Konan Bedie as flag bearer for the PDCI. Laurent Gbagbo's faction "Gbagbo ou Rien" is still to make an official statement, while the ruling coalition, Rally of Houphouëtists for Democracy and Peace (RHDP) is in dilemma following the death of Prime Minister Amadou Gon Coulibaly, candidate of the party. His passing away has left members of his party in shock especially President Alassane Ouattara. After taking everyone by surprise on 5 March by announcing he would not be candidate for the 2020 presidential election, ex- pressing the wish "to hand over power to a new generation', and designating Gon Coulibaly as presidential candidate for the RHDP a week later, the Ivorian leader is now weighing the pros and cons of a new contender. Who will he choose? To attempt an answer to this question, the Ivorian leader and members of the ruling coalition have the following options; Organized an extraordinary congress of the party during which nominations and elections will be carried out. The second option is "Hand Picking" of a candidate among the numerous senior members of party and the third most ad- vocated option now is a back- pedal by the incumbent President Alassane Ouattara. On paper, he is in theory allowed to run for a third term based on the new constitution adopted in 2016, but his rivals might dispute this right, reminding him that he was elected in 2010 and 2015, and has thus already served two terms. What's more, is the fact that, it would give the impression of not being a serious leader and not also wil- ling to foster the rise of a new generation within the party. Furthermore, it would be as if the only collaborator he trusted was Gon Coulibaly. Even though before he named Mr Gon as successor, there were many people behind the scenes urging him to run, particularly within the ranks of the Rally of the Republicans (RDR), the announcement by old political gurus like, Henri Konan Bedie, Affi Nguessan and probably return of Laurent Gbagbo on the starting line has prompted the party's executive secretary, Adam Bictogo and Par- liamentarians to added more steam to the calls for his candidature. However, Ouattara for a third term or not, the RHDP possibility of scoring a landslide victory from the first round of the elec- tions are very slim. This is because the political landscape has witnessed a lot of mutations. While the PDCI has left the coalition, the FPI has witnessed many splits, some small parties emerged, the ruling coalition has been terribly weakened by the departure of some barons and allies like the Vice President Daniel Kablan Duncan who is still being wooed by his former party (PDCI). With the virtual absence of the former President of the National Assembly, Guillaume Soro (accused of corruption) and Gbagbo's skirmishes at The Hague not yet over, it is evident that the political battle for the presidential palace in the Plateau district of Abidjan, will be the affair of three parties, RHDP, FPI and the PDCI, since most of the small parties might have difficulties to meet-up with the sponsorship (signatures) regulations put in place by the Independent Electoral Committee (CENI) .

Why Quattara Must Not Seek a Third Term

Despite Vow About Two Terms, Cote d'Ivoire's Ouattara Runs Again
Tagged:
Copyright © 2020 Cameroon Tribune. All rights reserved. Distributed by AllAfrica Global Media (allAfrica.com). To contact the copyright holder directly for corrections — or for permission to republish or make other authorized use of this material, click here.