Mozambique: Mercenaries to the Fore as Dyck Contract Extended 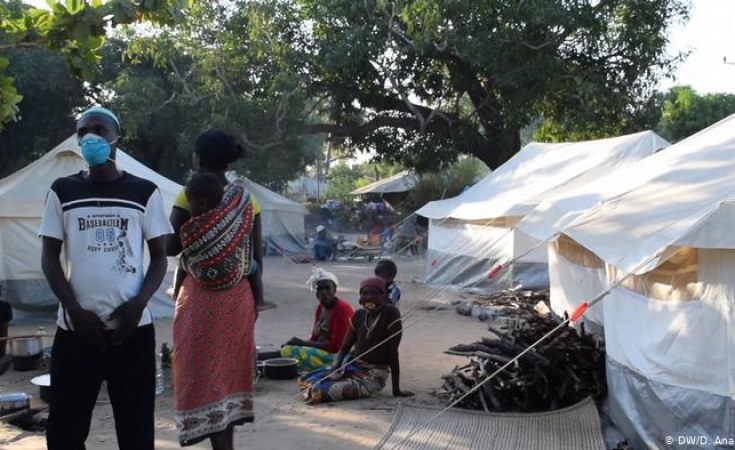 Dyck Advisory Group (DAG) mercenaries have had their three-month contract extended and expanded. They started as a shoe-string operation with just 30 men entirely operating from the air, with three helicopters with machine guns, two fixed-wing aircraft, and two microlight armed spotter planes. The new contract apparently includes training and perhaps supply of ground troops, expansion of the air operation, and a new forward base based on improving the Macomia airstrip. (Zitamar 16, 20 July; Savana 24 July)

"The Mozambique Defence Forces are unprepared and under-resourced and we have to move fast. Some of the atrocities committed are unlike anything I have seen before and I’ve seen a lot of wars, in a lot of different places," DAG head Lional Dyck told Hannes Wessels who runs a website Africa Unauthorized (17 July). Both fought for the Rhodesian army before independence there. Dyke continued, "Despite this barbarism, this enemy is organised, motivated and well equipped. If we don’t get on top of this, it’s going to spread south fast and that will be a catastrophe for the entire region.”

Wessels commented: "At this point it looks like a semi-retired 76-year-old veteran of many wars, in the twilight of his years, stands pretty much alone in the ongoing struggle to stem the spread of Islamic fundamentalism and to stop the slaughter of blacks by blacks on the killing fields of Africa." https://africaunauthorised.com/?p=3383

In the Telegraph (London, 9 June), Rhodesian and Zimbabwean journalist Peta Tornycroft wrote an article headlined "Band of Angolan civil war veterans led by retired Rhodesian army colonel hailed for 'saving the day'." She writes that "the desperate Mozambican government" recruited Dyck. "As hundreds of militants advanced on [Pemba], Col. Dyck’s helicopters flew in and started shooting at the attackers. Insiders say they ‘shot the shit’ out of the fighters, killing dozens."

This is part of a growing chant that white men who fought for apartheid South Africa and UDI Rhodesia are now coming to the rescue of the people they fought against (and lost to) 30-40 years ago.

Changing sides: At Zimbabwe independence Lionel Dyck stayed and joined the new joint army. He rose to be commander of Zimbabwe paratroops which took part in 1981-3 in actions against dissident Zanla troops, some of who had been organised without their knowledge by agents of apartheid South Africa to fight against the new government. In 1985 he was a commander of Zimbabwean troops fighting Renamo in Mozambique, and commanded the troops that took Renamo's Casa Banana base on the Gorongosa mountain. Savana Friday (24 July) has a photo of Dyck with Samora Machel and Marcelino Dos Santos at Casa Banana in 1985. This gave Dyck high level contacts in Frelimo as well as with Emerson Mnangagwa, now president of Zimbabwe but then Minister of State Security and head of the Central Intelligence Organisation. Dyck moved on to demining and in 2013 DAG was contracted for Mozambique anti-poaching operations. With the failure of Russian Wagner mercenaries in Cabo Delgado, DAG was brought in by Police Chief Bernardino Rafael.

It is reported that Dyck plans to use the "fireforce" tactic developed in the late 1970s by the Rhodesian army when Dyck was a member. The tactic involves a small attack aircraft accompanied by several small helicopters with groups of just four men who land and try to surround an insurgent group to prevent it escaping while it is attacked from the air.

DAG is violating South Africa's Foreign Military Assistance Act which requires all paramilitary activity, including that conducted outside of South Africa, to obtain prior approval from the South African Government. Africa Intelligence (22 July) reports that to avoid scrutiny, Dyck has used his anti-poaching operations and connections to create a logistics base with a landing strip in the Limpopo National Park, adjacent to South Africa's Kruger National Park, and he used this at least to import helicopters to Mozambique which are now being used in Cabo Delgado. Mozambique and South Africa are not signatories to the Convention for the Elimination of Mercenarism in Africa.

Next Story
Tagged:
Copyright © 2020 Mozambique News Reports And Clippings. All rights reserved. Distributed by AllAfrica Global Media (allAfrica.com). To contact the copyright holder directly for corrections — or for permission to republish or make other authorized use of this material, click here.