Africa: Are Negotiations for a New Cotonou Agreement At the Finish Line? 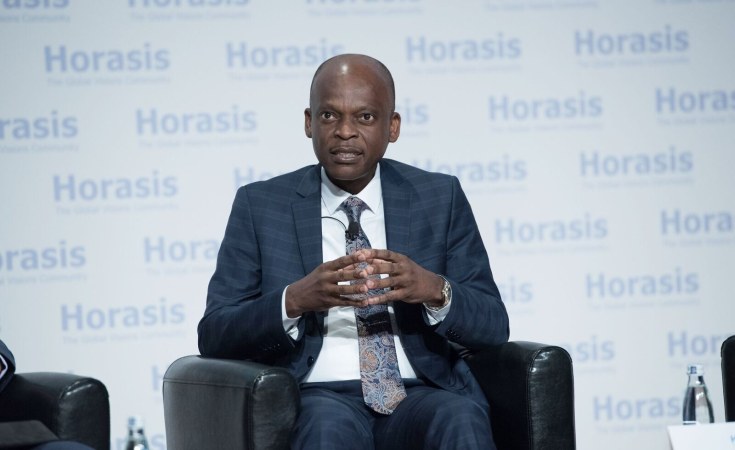 Two years into negotiations for a new partnership between the EU and African, Caribbean and Pacific countries, the process was still snagged. Africa has criticized past collaboration. They are talking once more.

After a break of several months due to the COVID-19 pandemic, the 28-member European Union and the 79-member Organization of African, Caribbean and Pacific States (OACPS) resumed negotiations for a new agreement in June.

"I am pleased that we are getting closer and closer to the finish line," EU chief negotiator Jutta Urpilainen said at the virtual opening session. Her OACPS counterpart, Robert Dussey, kept a diplomatic reserve: the negotiations were "satisfactory".

Both sides stress that they want to reach a deal soon. It is necessary. The Cotonou Agreement has been the framework for relations between the EU and the countries known previously as the African, Caribbean and Pacific Group of States (ACP ) for 20 years. It expires at the end of the year. Most OACPS countries are located in Africa.

Negotiations on a new pact have been dragging on since 2018. There is a lot at stake: political relations, the economy, trade and development policy.

A marathon with an uncertain outcome

"We are in the final phase of the negotiations," an European Commission spokeswoman told DW. There is agreement on over 95% of the treaty text. The commission however declined to provide precise details or an interview.

Experts are cautious: "Everyone who has ever run a marathon knows that the last five percent are the hardest. In the end, they decide whether you stand with a good result or with sore muscles," Niels Keijzer, a senior researcher at the German Development Institute (DIE), told DW.

Things have not been as simple as they were in 2000, when the Cotonou Agreement came into force. "Africa and Europe want to expand and deepen their relations. But the African side also wants their priorities to be taken more into account," says John Maré, who, as a South African diplomat, negotiated several agreements with the EU.

Many African countries are calling for a new course, especially in trade relations. The Cotonou Agreement laid the foundations for the controversial Economic Partnership Agreements (EPAs). The EU has negotiated such agreements with various OACPS members in recent years. In essence, both sides agree to dismantle customs duties and other trade barriers and to open their markets to each other's products. "The agreements are perceived as unfair in Africa," says Maré.

Critics accuse the EU of flooding local markets with cheap imports like meat and destroying local economies. The EU rejects this.

The African OACPS members are also offended by the fact that the EU has negotiated EPAs with individual states. The African Union (AU) is trying to establish an Africa-wide free trade area. But if different states have their own arrangements with the EU, this makes things difficult. "These agreements have caused much division and fragmentation of the African position," Carlos Lopes, the AU's representative for relations with Europe, said in early June.

Experts see the dispute over EPAs as the biggest obstacle on the way to a new agreement. But it does not look as if the EU will give in. It would also be difficult: "A new agreement cannot fundamentally influence the partnership agreements. They are independent international treaties that cannot be substantially changed by a new agreement," said DIE expert Keijzer. Instead, the EU would rather promise additional aid to make it easier for African states to trade with Europe: money for infrastructure measures or border management, for example.

Agreement only next year?

There is also a dispute about money. The Cotonou Agreement also regulated financial relations. In the last six years, the OACPS collectively received more than €30 billion ($35 billion) in development aid from Brussels. Governments of poor countries want it to stay that way. "The ACP countries have pressed for a financial protocol to become part of the agreement," says expert Keijzer. The EU, on the other hand, is cautious and only wants to make general commitments. In future, money is to come from the regular budget. However, this will have to be decided on by the member states every year. A risk for the OACPS.

This leaves many open questions. Despite official optimism, former diplomat Maré remains skeptical about the conclusion of the negotiations: "I don't expect it to happen this year. I rather believe that the Cotonou Agreement will be renewed."

UK-East Africa Trade Pact May Split as Brexit Deadline Looms
Tagged:
Copyright © 2020 Deutsche Welle. All rights reserved. Distributed by AllAfrica Global Media (allAfrica.com). To contact the copyright holder directly for corrections — or for permission to republish or make other authorized use of this material, click here.