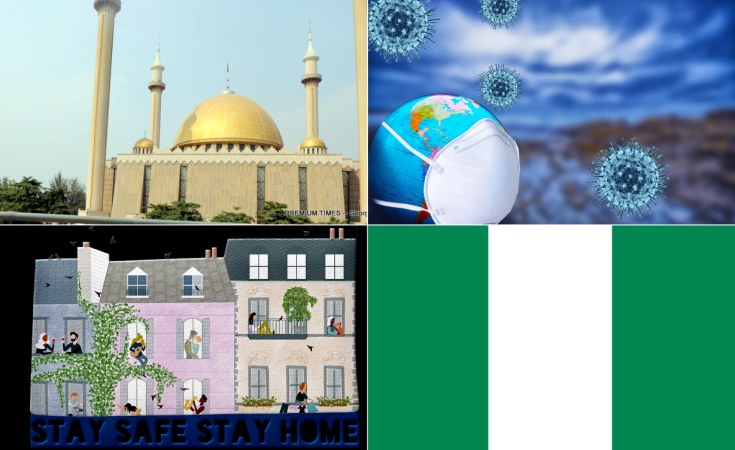 The Sultan of Sokoto, Alhaji Muhammad Sa'ad Abubakar, has cautioned Muslims in the country to observe the forthcoming Eid-el-Kabir festival in line with Coronavirus (COVID-19) regulations.

Abubakar, who is also the President-General, Nigerian Supreme Council for Islamic Affairs (NSCIA), gave this advice in a statement issued in Abuja by the Deputy Secretary-General of NSCIA, Professor Salisu Shehu.

Eld-Kabir festival, which usually comes up on the 10th day of Dhul-Hijjah, the twelve month of Islamic calendar, is a day where Muslims across the world slaughter rams or any other accepted animal after the two Rakkah compulsory prayers, in order to emulate Prophet Ibrahim.

It was gathered that Friday, July 31, has been declared as the day for the 1441 Eld-Kabir festival.

The Sultan warned that in places where the ban on public congregational prayers and socio-religious gatherings was still in force, Muslims should be law-abiding, while appreciating that intentions supersede actions.

He said further that Muslims in Nigeria should note that Coronavirus is not just a Nigerian issue, but a global matter of concern.

The statement reads in parts: "The Nigerian Supreme Council for Islamic Affairs (NSCIA), under the leadership of its President-General and Sultan of Sokoto, His Eminence, Alhaji Muhammad Sa'ad Abubakar, CFR, mni, congratulates the Nigerian Muslim Ummah and the entire Muslim world on the auspicious occasion of the 1441AH Eid al-Adha celebrations. We pray to Allah to grant us the opportunity to witness many more of it. Amin.

"Meanwhile, as Eid al-Adha knocks the door, it is crucial to reiterate that we are living in unusual times where normalcy has become abnormal, including social gatherings and large congregational prayers. Muslims are enjoined to note that Eid al-Adha is not a compulsory religious activity (fard) and at no point should it be observed if doing so will undermine the fundamental purpose of Shari'ah: security, a multifaceted concept which includes personal, communal, national, environmental and health components, among others. This is to say that it is not over until it is over.

"For the purpose of emphasis, the fundamental goal of Shari'ah or "divine guidance", popularly construed as "Islamic Law", which is a more befitting interpretation of its component, "fiqh", is security. In Islam, this security operates at five cardinal levels, otherwise referred to as maqaasidus shari'ah or objectives of Shari'ah. These are the security of religion, life, intellect, procreation and property.

"These objectives of Shari'ah are basic necessities for existence in every human society and every society is duty-bound to protect them. The steps taken to contain COVID-19, including restrictions in the observance of our cherished religious activities, are in furtherance of the letter and spirit of maqaasid shari'ah. Every discerning Muslim is aware that the prevailing doctrine of necessity due to Coronavirus is not just a Nigerian issue; it is a global matter of concern.

"As it is not yet over, Muslims should continue to act according to the established protocol in their various communities and locations in Nigeria during the forthcoming Eid al-Adha. In places where restrictions have been lifted from congregational prayers, Muslims should observe their Eid prayers while still taking necessary safety measures regarding personal hygiene, facial masks and social distancing. It is even advisable that in such places, massive gatherings at one Eid ground in a big city should be avoided. Rather the Eid could be performed in area-Mosques to avoid unmanageable crowds. However, in places where the ban on public congregational prayers and socio-religious gatherings is still in force, Muslims are directed to be law-abiding while appreciating that intentions supersede actions and actions are judged on the basis of intentions, as Prophet Muhammad (SAW) said (Buhari and Muslim)."

With Hajj 2020 being suspended for international participants, the NSCIA called on Nigerian Muslims who had intended Hajj but could not actualise their intention to consider using part (if not all) of the funds meant for the pilgrimage for charitable causes that are capable of earning them the reward of Hajj and much more.

The religious body said: "For those who are willing to spend on charity but lack the trusted and assured channel to execute such, the NSCIA has a special agency registered solely for implementing social and charity projects - Mission for Education, Socials and Health (MESH)."