Nigeria: Southern Kaduna - Governor El-Rufai, CAN Disagree Over Cause of Killings 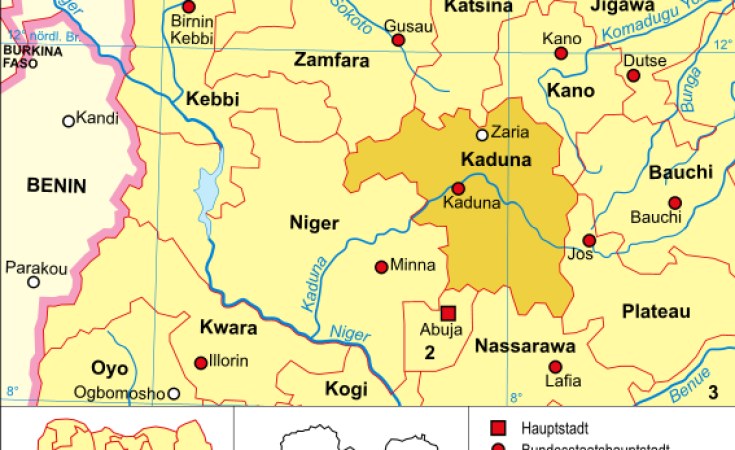 Kaduna State Governor, Mallam Nasir El-Rufai, and the Christian Association of Nigeria, CAN, yesterday disagreed over the cause of killings in Southern Kaduna.

While the governor blamed the killings on what he described as clashes between youths of two communities over farmland in Zangon-Kataf which later spread to other parts of Southern Kaduna, CAN said the killings were caused by herdsmen.

The governor, who spoke at the security summit held at Government House to find solutions to the Southern Kaduna crisis, said: "The current crisis is a result of 'the tragic aftermath of events of June 5, 2020, when youths from two communities clashed over farmlands in Zangon-Kataf and the upsurge of violence in the same area that started on 11 June 2020.

"Like an unwanted virus, the violence has spread to and has necessitated extraordinary measures in four local government areas in southern Kaduna."

He said he called the security meeting " to hear from you the leaders of the security agencies deployed in the area what further measures can be taken to end the agony.

"On our part, we will continue to support the efforts of the security agencies as best as we can."

El-Rufai promised that his government would also continue to invest in effort to create and sustain a constituency for peace by persuading elected officials, traditional rulers and community leaders in the affected areas to live up to their responsibilities, respect diversity and the rule of law.

"We have nudged stakeholders in Kauru and Zangon-Kataf LGAs on this path and will continue to do so. We have also resolved to address lingering issues from the 1992 crisis in Zangon-Kataf by producing a White Paper on the recommendations made by the Judicial Commission of Inquiry and the Reconciliation Committee," he added.

The governor lamented that "so much unhelpful narrative is being spun, but the priority is to stop the bleeding and encourage communities to live in peace."

The governor, however, said that in spite of these measures, " the best guarantee of peace is the willingness of communities to live in peace and harmony, and a resolve to settle differences through exclusively lawful means."

He recalled that his government "established the Kaduna State Peace Commission to engage communities and nudge them towards accord and conciliation as a better alternative to the breaking of bones and the shattering of lives."

Commander of Operation Safe Haven, Major General Chukwuemeka Okonkwo, also told journalists at the end of the meeting that the killings in Southern Kaduna were the activities of criminal elements on both sides and not ethnic cleansing as was being claimed.

'What we have were attacks on some communities and reprisal attacks," General Okonkwo said.

Countering the governor in a statement yesterday, President of Christian Association of Nigeria, CAN, Rev. Samson Ayokunle, alleged that herdsmen were responsible for the killings in the area.

He said despite assurances from both the federal and Kaduna State governments to nip the crisis in the bud, the spiralling of the attacks indicates that the perpetrators were yet to sheathe their swords against communities in Southern Kaduna.

Ayokunle said: "There is no doubt that the victims of these incessant assaults are indigenes of Kaduna State who are mostly Christians. Why is it the predominant Christian Southern Kaduna all the time? Don't we have Northern Kaduna?

"While the senseless murder is not desirable in any part of the state or Nigeria, the continuous assault of the Southern Kaduna people has become highly suspicious and alarming. Only a fool or somebody who is a party to this evil would not know that there is something fishing.

"The leadership of CAN expressed shock when the Presidency described the current bloodshed in Southern Kaduna as politically motivated, coupled with banditry deployed along ethnic and religious lines.

"Where is the statistical evidence for that? Who are the politicians sponsoring this inhuman and callous act? Why have the federal authorities failed to apprehend or name them? Do they have the right to be doing this scot-free if it is true?"

The CAN President, therefore, described the bloodbaths in Southern Kaduna as acts of criminality that should attract severe sanctions.

He said, moreover, the lacklustre disposition of the government in stopping further massacre of Christians and decimation of their communities by terrorist herdsmen speaks volumes on how it values human lives.

"Should the gunmen and terrorists be more powerful than a legitimate government? Why couldn't the Kaduna State Government with Federal authorities go into the bush where these herdsmen are and apprehend them? Why couldn't they mop up the ammunition with which they are doing havoc?

"It is regrettable that despite assurances from Governor Nasir Ahmad el-Rufai to bring perpetrators of the Southern Kaduna crimes to justice, the state and security agencies involved in the maintenance of law and order are yet to fulfil their pledge.

"If our leaders are not able to nip evil in the bud, then, why are they there? Should they be there for jamboree? Why do we call them 'His Excellency' when they cannot guarantee our security?"