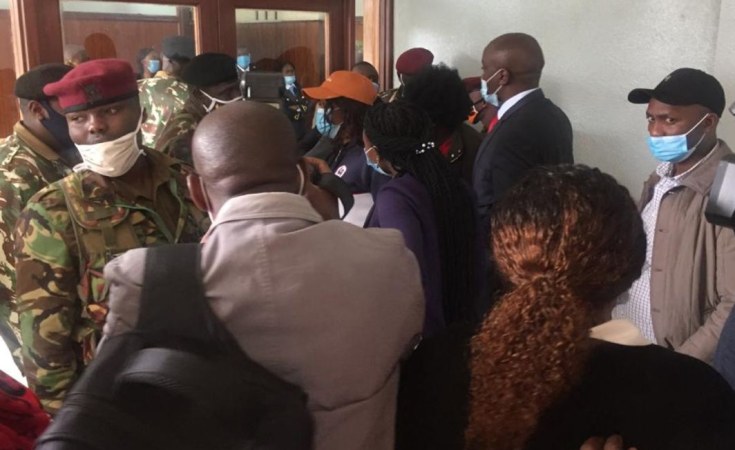 Interior Cabinet Secretary Fred Matiang'i has condemned the violence meted out against members of the public by police officers.

Consequently, the CS has directed that everyone at the Nairobi County Assembly be disarmed forthwith and their licences withdrawn.

He noted that 14 guns have already been recovered from the chambers.

The Ministry of Interior is also seeking guidance from the National Security Council (NSC) over the chaos that transpired at City Hall yesterday.

Trouble started when a section of Nairobi MCAs attempted to serve Speaker Beatrice Elachi with notice of an impeachment motion against her.

The MCAs were also at the premises to give Ms Elachi a court order suspending the appointment of Edwin Gichana as the new clerk.

However, the county legislators were met by a battalion of anti-riot police officers who blocked them from accessing the Speaker's office.

Additionally, CS Matiang'i has directed that all court orders must be verified by the Attorney General before they are acted on by the police.

He also announced a moratorium on all evictions that are still in place due to the Covid-19 pandemic.